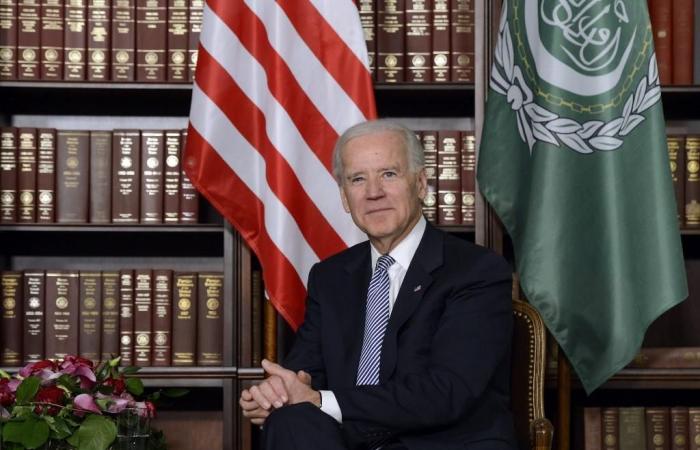 Jeddah - Yasmine El Tohamy - PARIS: Political leaders from around the world were quick to congratulate Joe Biden after US networks declared him the winner of the bitter White House race over President Donald Trump.

As crowds poured onto the streets of Washington and other cities in exuberant celebration and former US president Barack Obama hailed Biden's win as “decisive” and “historic,” here are some of the first reactions from political figures across the globe:

Irish prime minister Micheal Martin was one of the first to take to Twitter and hail the Irish-America Democrat Joe Biden as “president-elect.”

“I want to congratulate the new President Elect of the USA @JoeBiden,” the Irish leader tweeted.

“Joe Biden has been a true friend of this nation throughout his life and I look forward to working with him in the years ahead. I also look forward to welcoming him back home when the circumstances allow!” Martin added.

“I look forward to working with President-elect Biden, Vice President-elect (Kamala) Harris, their administration, and the United States Congress as we tackle the world's greatest challenges together,” Trudeau said in a statement.

British Prime Minister Boris Johnson congratulated Biden “on his election as President of the United States and Kamala Harris on her historic achievement.

“The US is our most important ally and I look forward to working closely together on our shared priorities, from climate change to trade and security.”

French President Emmanuel Macron tweeted: “The Americans have chosen their President. Congratulations @JoeBiden and @KamalaHarris! We have a lot to do to overcome today's challenges. Let's work together!”

And her Foreign Minister Heiko Maas hailed Biden's election as a “new start” for trans-atlantic relations.

“We want to invest in our cooperation (with the new president) for a new start in transatlantic relations, a ‘new deal’,” he tweeted, as Vice Chancellor Olaf Scholz hailed the opening of a “new chapter.”

In a joint statement, EU Commission President Ursula von der Leyen and Charles Michel, president of the European Council, which represents the leaders of EU member states, said: “We take note of the latest development in the electoral process.

Greek Prime Minister, Kyriakos Mitsotakis tweeted: “Congratulations to US President-Elect @JoeBiden. Joe Biden has been a true friend of Greece and I'm certain that under his presidency the relationship between our countries will grow even stronger.”

Belgian Prime Minister Alexander De Croo tweeted: “Congratulations @JoeBiden with your election as 46th President of the United States. A record number of people have cast their vote in this election. This illustrates the vibrancy of the American political life and its democracy.”

Ukrainian President Volodymyr Zelenskiy, who found himself at the center of President Donald Trump’s impeachment, is congratulating his replacement.

In a tweet, Zelenskiy said “Ukraine is optimistic about the future of the strategic partnership with the United States.” He added that the two countries “have always collaborated on security, trade, investment, democracy, fight against corruption. Our friendship becomes only stronger!”

A 2019 call from Trump to Zelenskiy, in which he asked the new Ukrainian leader to investigate Biden and the Democratic National Committee, sparked an intelligence community whistleblower complaint that resulted in Trump’s impeachment last year.

Trump was eventually acquitted by the Republican-led Senate.

In a statement Saturday, Obama says Biden has “got what it takes to be President and already carries himself that way,” because he will enter the White House facing “a series of extraordinary challenges no incoming President ever has.”

Acknowledging that the election revealed the nation remains bitterly divided, Obama said, “I know he’ll do the job with the best interests of every American at heart, whether or not he had their vote.”

He adds: “I encourage every American to give him a chance and lend him your support.”

“The President stressed the aspiration for cooperation and joint action to strengthen the strategic bilateral relations between Egypt and the United States, in the interest of the two friendly countries and peoples," the statement added.

These were the details of the news Arab leaders congratulate Joe Biden on election win for this day. We hope that we have succeeded by giving you the full details and information. To follow all our news, you can subscribe to the alerts system or to one of our different systems to provide you with all that is new.