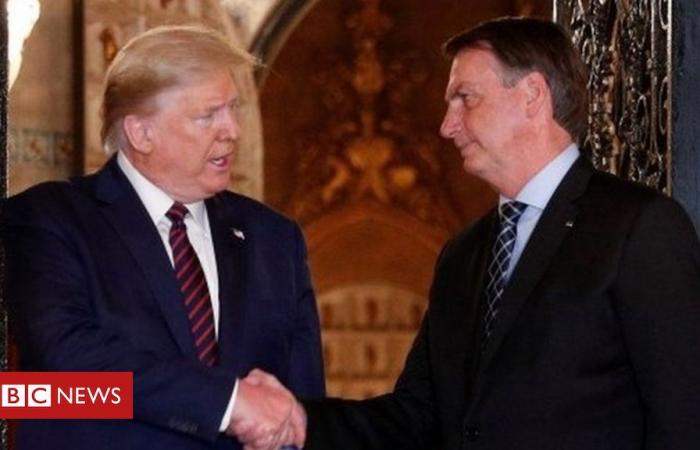 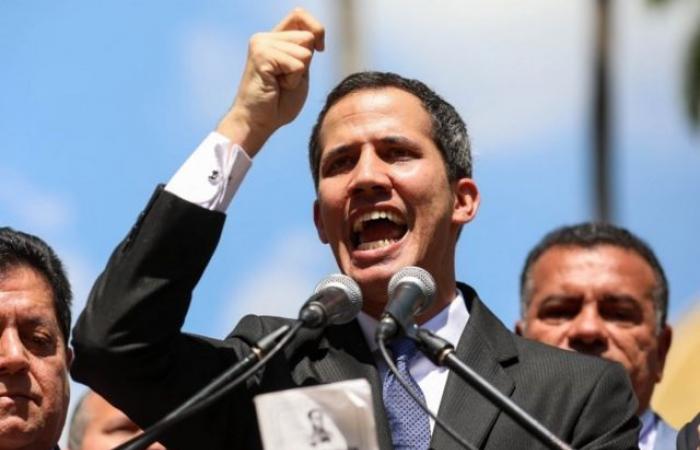 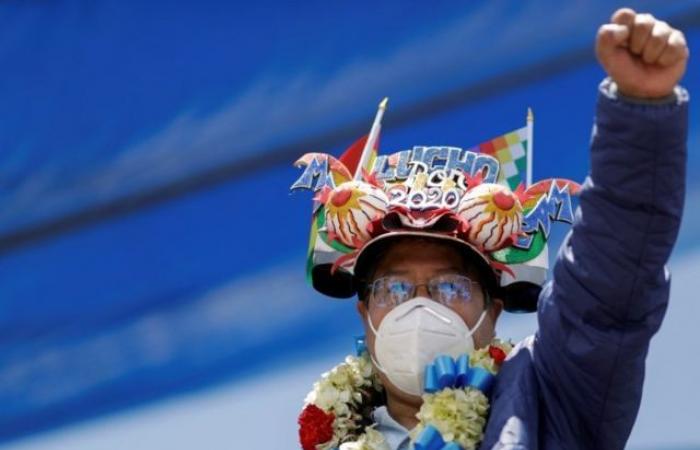 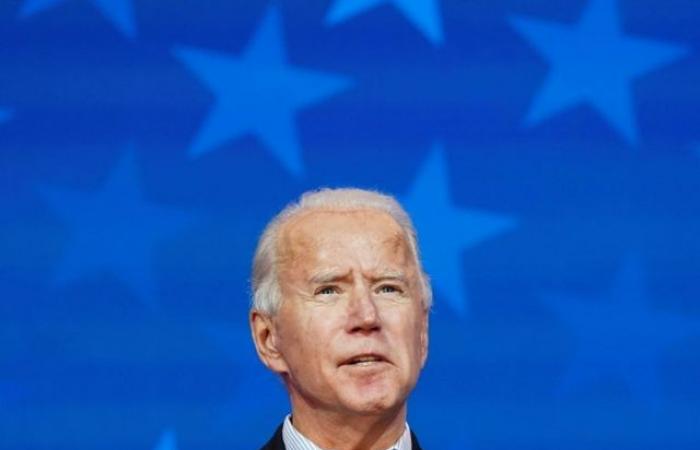 Democratic candidate Joe Biden won this Saturday (07/11) the votes needed to be the next president of the United States, according to projections by the main American media groups.

The result represents a setback for the President of Brazil, Jair Bolsonaro, who has publicly supported Republican Donald Trump several times, contradicting the Brazilian diplomatic tradition of not interfering in other countries’ claims – a strategy that allows him to be well positioned to establish relations with Brazil. elected government, whatever it may be.

Trump, incidentally, was not the first international politician supported by Bolsonaro to fail at the polls.

The series of losing allies has led Brazilians to joke in recent days on social media calling the president “Mick Jagger of politics”. The joke is a reference to the fame of cold feet that stuck in the British rocker after the 2010 World Cup, in South Africa – it was when he attended some matches, always in the fans of the country that ended up defeated.

Bolsonaro’s “bad luck”, however, doesn’t just generate memes on the internet. For analysts in international relations heard by BBC News Brasil, the “wrong bets” in the election of other countries contribute to increase Brazil’s international isolation and undermine its leadership capacity in South America.

Today, the Brazilian government has a distant relationship with its biggest neighbor, Argentina, after Bolsonaro publicly supported the reelection of Mauricio Macri, defeated by the current president Alberto Fernández. Shortly after the result, Bolsonaro lamented the Peronist’s victory and said that “Argentina chose badly”.

Also in South America, the Bolsonaro government supported failed attempts by right-wing governments in Bolivia (recognizing Jeanine Añez as president after Evo Morales’ military overthrow) and Venezuela (where he supported self-proclaimed president Juan Guaidó). In the first case, Morales’ party took over the Bolivian government a year later, with the election of Luis Arce as president in the first round. In Venezuela, on the other hand, Guaidó failed to obtain the de facto power, which remains in the hands of authoritarian President Nicolás Maduro.

The list of Bolsonaro’s allies who have lost strength at the polls also includes Italian Matteo Salvini – leader of the far-right Liga party, which has been trying to be Prime Minister of Italy since 2019 – and Israeli Prime Minister Binyamin Netanyahu, that after successive elections without obtaining a majority in the Parliament, he had to make an agreement dividing the government and pledging to leave office in October 2021.

According to Professor Juliano Cortinhas, from the Institute of International Relations at the University of Brasilia (UnB), Bolsonaro’s stance of supporting candidates abroad contradicts the principle of “self-determination of peoples” set out in the United Nations Charter, a document that marks the creation of UN in 1945 and to which Brazil joined.

Following this principle means respecting the right of the people of each country to self-govern and freely decide their political situation.

“The foreign policy of the Bolsonaro government has been a disaster. Since its inception, it has placed incorrect bets that have broken with a long tradition of Brazilian diplomacy to be guided by the principles of international law, as non-intervention (in other nations), the self-determination of peoples “, says the professor.

“And the worst thing is that all the bets placed have been shown to be incorrect. This charges us a price that is the isolation from our main alliances over the years,” he adds.

For Cortinhas, Bolsonaro supports candidates in other countries because he guides his foreign policy according to his ideological and electoral interests, and not thinking about the best strategy for the country.

He criticizes what he sees as “thoughtless statements” by the president on Twitter and outside the Palácio do Alvorada, where he talks with supporters almost every day.

On Wednesday, when vote counting advanced in the United States and already indicated a greater likelihood of victory for Biden, Bolsonaro said “hope is the last to die” when questioned by a supporter about Trump’s situation.

“Diplomacy is made up of symbols. Expressions of intention and speeches are very important. And this has been done by the government in a very clumsy way, without any reflection on what is the national interest and what are the best positions for the Brasil “, reinforces Cortinhas.

“He is being consistent with his position, that right-wing national-populist position. So he supports candidates who are in the same line as him,” he told BBC News Brasil.

In his view, Bolsonaro’s support has no impact on the American election, but it may have internal repercussions in the case of neighboring countries.

“There is a contradiction between Bolsonaro’s speech that Brazil does not interfere in the politics of other countries and his action in the politics of Bolivia, in Argentina. This position leaves Brazil increasingly without a voice in South America,” he said. .

Despite Bolsonaro’s insistent support for Trump, the experts interviewed expect that the future Biden government will maintain a pragmatic relationship with Brazil, a country that is not among the priorities in American foreign policy.

“It doesn’t make any sense for the president of a country to be in this crowd for one government or another in the election of other countries, much less to speak out, but I believe that the Democratic government will be absolutely pragmatic and will maintain a relationship with Brazil according to what matters to the United States “, says professor at the Institute of International Relations at USP Maria Antonieta Lins.

The expectation is that the Biden government will continue to pressure Brazil to ban the Chinese company Huawei from participating in the implementation of the fifth generation telecommunications technology (5G) in the country. This is an agenda of the Trump administration that must be maintained because the expansion of Huawei is seen as a threat to American national security.

On the other hand, an important change in the foreign policy of the United States that will have an impact on Brazil is the expected alignment of the Biden government with European countries for the preservation of the Amazon. During the electoral campaign, the Democrat even cited the possibility of economic retaliation against Brazil if the Bolsonaro government does not accept external resources to combat the destruction of the forest.

“I think that the institutional relationship between Brazil and the United States will not change (with the election of Biden), what will change is the relationship between the presidents. The American government will continue to make decisions according to their interests. This environmental issue is not an issue against Brazil, it is a global priority that has consequences for Brazil “, emphasizes Ambassador Rubens Barbosa.

Juliano Cortinhas, from UnB, also believes in American pragmatism, but predicts that the USA, under Biden, will adopt “firmer stances” in relation to Brazil. Historically, Democrats have been more sensitive to the environmental and human rights agenda, which clashes with the positions of the Brazilian government today.

“Brazil is an important country, so I don’t imagine that Biden will turn his back on Brazil. But the positions (of the Bolsonaro government) in relation to the environment, human rights, women’s rights, all of this means that Biden is in a position to make a series of demands to negotiate with Brazil “, says Cortinhas.

“And this will be legitimate because Brazil has been disrespecting a series of principles of international law and has been harming humanity as a whole, with its stance in relation to burning in the Amazon and the Pantanal, for example,” he also said.

These were the details of the news ‘Mick Jagger of politics’: with Trump defeated, Bolsonaro accumulates wrong bets... for this day. We hope that we have succeeded by giving you the full details and information. To follow all our news, you can subscribe to the alerts system or to one of our different systems to provide you with all that is new.