Plan employers: Unlock the Netherlands with millions of corona tests 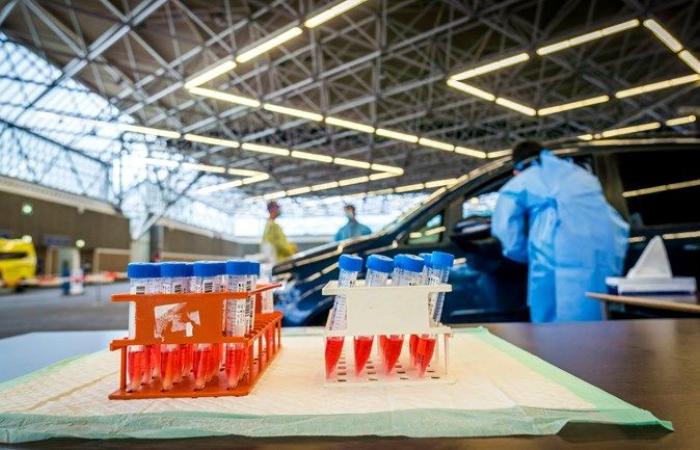 The VNO-NCW plan contains three steps to ‘unlock the Netherlands’.

The first phase focuses on large-scale testing in regions with many infections. There, the entire population must undergo a corona test in a short time, carried out by mobile test teams. Those who are positive will stay at home for ten days. “In this way, the virus can be reduced by an estimated 85 percent in a short time,” says the organization.

This approach should be an alternative to the regional lockdowns that the cabinet is working on. ‘So much testing costs money, but much less than when you get into a real lockdown,’ says Dijkstra.

In January we expect to run 2 million tests per week. Then you can really clap

As soon as the virus has been reduced sufficiently, we can live again like last summer, according to VNO-NCW. According to Dijkstra, a capacity of approximately 2 million tests per week is needed to keep an eye on the virus. To make this possible, VNO-NCW contributed to the construction of extra large test locations, where rapid tests are also available in addition to regular tests. The ‘XL test location’ in MartiniPlaza opens on Monday. ‘We expect to be at the desired capacity by January,’ says Dijkstra. “Then you can really clap.”

Thanks to this method, according to VNO-NCW, the catering industry can open again, you are allowed to work in the office again and meetings are allowed. The one and a half meters and a maximum number of visitors still apply. Anyone who has complaints stays at home and gets tested.

‘Can’t you work from home? Then you get tested daily. With a green (negative) test in hand, you can go to work that day, ‘writes the employers’ organization. Traveling should also be possible again in this phase.

Catering, cinemas, events and theaters are open to everyone with a ‘green’ test result of that day

On to an ‘almost normal’ life

Subsequently, the employers think that we can return to an ‘almost normal’ life. The 1.5 meter no longer applies, but the rules for testing in case of complaints still apply. ‘The catering industry, cinemas, events and theaters are now open again to everyone with a’ green ‘test result of that day.’

Sewage measurements remain important to nip future trouble spots for the virus in the bud. VNO-NCW is also thinking of conducting random samples. ‘If a source of infection comes into the picture, the people who live, work or learn there are all tested.’

The plans stand or fall with the cooperation of the Dutch. Because every positive person should really stay at home for ten days. Something that doesn’t always happen now. ‘This is partly due to the lack of perspective,’ thinks Dijkstra.

‘Suppose Groningen and Drenthe are enormous corona fireplaces. If you can then reduce the number of infections by 85 percent with a million tests, that motivates people much more to stay at home. They are then rewarded with the prospect that more is possible again. ‘

According to Dijkstra, the many tests are ‘a fraction cheaper’ than the support packages that the government now offers. ‘Moreover, healthcare will then be much less busy and companies can run again. And we all get the freedom of movement we crave so much. ‘

These were the details of the news Plan employers: Unlock the Netherlands with millions of corona tests for this day. We hope that we have succeeded by giving you the full details and information. To follow all our news, you can subscribe to the alerts system or to one of our different systems to provide you with all that is new.