A long-standing riddle of the glacial lake floods solved 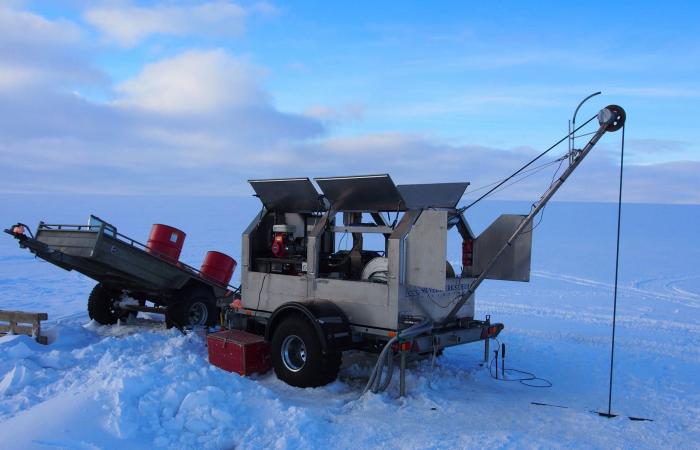 A long-standing secret of the glacial lake are floods or “Jokulhlaups” that suddenly and unpredictably arise from glaciers or ice caps. Scientists have long studied the evolution of these floods, which are among the largest on earth.

These floods affect the movement of some glaciers and pose a significant threat in Iceland. And the mechanism and timing of these floods were not understood.

A new study by the University of Hawaii in Mānoa, astrobiologist and earth scientist Eric Gaidos, has solved this mystery.

In June 2015, an unexpected series of events showed how these floods begin. That summer, scientists drilled a hole in one of Iceland’s lakes to study its microbial life. While collecting samples through the borehole, the team noticed a downward flow in a hole.

This flow was so strong that scientists almost lost their sensors and sampling equipment into the hole.

Gaidos said: “We suspected that we had accidentally connected a body of water in the glacier to the lake below. This mass of water quickly flowed into the lake. “

A few days later, after the team exited the glacier, the lake drained in high tide. Fortunately, the tide was low and Icelanders have a sophisticated early warning system on their rivers so that no people were injured or infrastructure was damaged in the event.

The scientists used a computer model of the drainage of the river through the hole and its impact on the lake to show that this could have triggered the tide.

Gaidos said: “We found that the glacier may contain smaller bodies of water over the lakes that are fed by the melting in summer. When this body of water is hydraulically connected to the lake, the pressure in the lake increases and the water can drain under the glacier. “

While the team created an artificial link to the lake in 2015, natural links can form when water from rain or melting snow collects in crevasses. The pressure eventually breaks through the glacier to the lake. This discovery provides a new understanding of how these floods can begin and how this depends on the weather and the time of year.

Staff in Iceland are continuing to research this phenomenon using radio echoes to search for bodies of water in the ice and examine the larger lake below.

These were the details of the news A long-standing riddle of the glacial lake floods solved for this day. We hope that we have succeeded by giving you the full details and information. To follow all our news, you can subscribe to the alerts system or to one of our different systems to provide you with all that is new.