Housing market difficult to wait for 2021 | The time 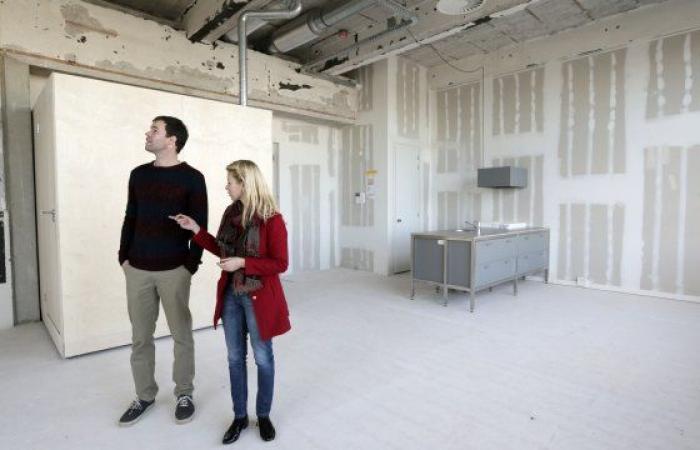 Real estate experts have become much less optimistic about the housing market in 2021. The strong catch-up movement after the lockdown ended in October.

From June to September, notaries reported more real estate transactions month by month than in the same month of last year. The annual deficit had shrunk to 4.4 percent at the end of September. But in October there were again fewer transactions than in 2019 (-18.8%), according to new figures from notaris.be that De Tijd was able to consult. Yet October was still the busiest month of the year 2020.

The abolition of the housing bonus in Flanders led to an unprecedented real estate boom in the fourth quarter last year. But that only partly explains the decline in October of this year. Brussels (-3.9%) and Wallonia (-6.5%) also recorded lower volumes for that month.

2020 will not be a record year. In Flanders, the housing bonus continues to weigh on the figures for November and December. The panel of real estate experts that polls De Tijd every six months assumes a decrease of 4 percent over the entire year. That survey took place in mid-October. At the time, no one assumed a new drastic restriction of contacts.

The experts now assume price increases of the order of 3 percent for 2020. That is significantly more than inflation (+0.8 percent) and even slightly higher than in the February survey, just before corona.

After the first lockdown ended, the combination of pent-up demand and an unsupported supply has put upward pressure on prices. ‘These short-term imbalances are always more detrimental to the people on the buyer’s side,’ emphasizes Johan Krijgsman, CEO of the ERA real estate brokerage group. Candidate buyers are more easily tempted to bid above the asking price. Row houses with an online opening price of 350,000 euros were sometimes, but not everywhere, 100,000 euros higher.

The panel is much more cautious about 2021. The price increase would be of the order of 1 percent. That is the lowest forecast in years and below the inflation forecast of 1.4 percent.

Most experts assume that more prospective buyers of a first home will have to drop out. Houses and apartments have become 20 percent more expensive in five years. The banks are stricter at a time when people have to borrow more. Even with the financial support of the (grand) parents it becomes more difficult.

For years I was especially afraid of a rise in interest rates. Today a severe recession concerns me more.

In recent weeks it has become clear that the corona crisis will cut much deeper into the economic fabric than first thought. ‘For years I was mainly afraid of an increase in interest rates. Today a severe recession is more of a concern to me, ‘says Filip Dewaele, CEO of Dewaele Vastgoed.

The price declines expected by some of them did not come in 2020 because the government took the bill of the corona crisis. ‘She can’t keep doing that. At KBC, we expect prices to fall by 3 percent in 2021, ‘says Johan Van Gompel, senior economist at KBC.

A market collapse is not feared. Many factors support the housing market: the still low interest rate, the boundless faith of the Belgian in the brick, the savings account that no longer yields anything and the increased aversion among many investors for the rollercoaster on the stock exchanges. Corona has also (re) discovered the importance of the home. Moreover, less new construction is coming onto the market.

Towards a rental market

The experts assume that with pennies the Belgian will ultimately determine how well the housing market will survive. The proportion of Belgians owning their own home has been declining for several years. This trend seems to be accelerating.

“In ten years, the average age of those who borrow for their first home has risen by four years,” says John Romain of the Immotheker consultancy. Rents are rising less quickly. The question is how long the owner can live with the pressure on his rental yield.

No study service has so far adjusted its estimates for the (expected) impact of the second corona wave on the real estate sector. “As long as there is no vaccine, there will be important economic implications,” emphasizes ING economist Steven Trypsteen.

The panel is lowering its expectation for an apartment price increase over the next five years to an average of 1.6 percent per year as the crisis will continue to weigh on incomes.

Read more in De Vastgoedgids, which will be published by De Tijd on Saturday 14 November.

These were the details of the news Housing market difficult to wait for 2021 | The time for this day. We hope that we have succeeded by giving you the full details and information. To follow all our news, you can subscribe to the alerts system or to one of our different systems to provide you with all that is new.