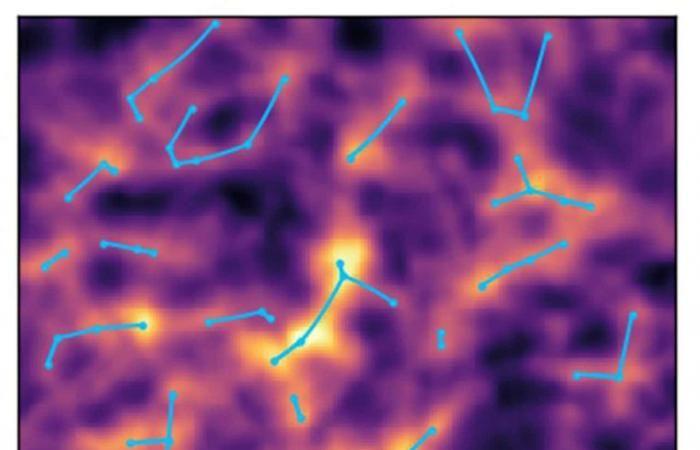 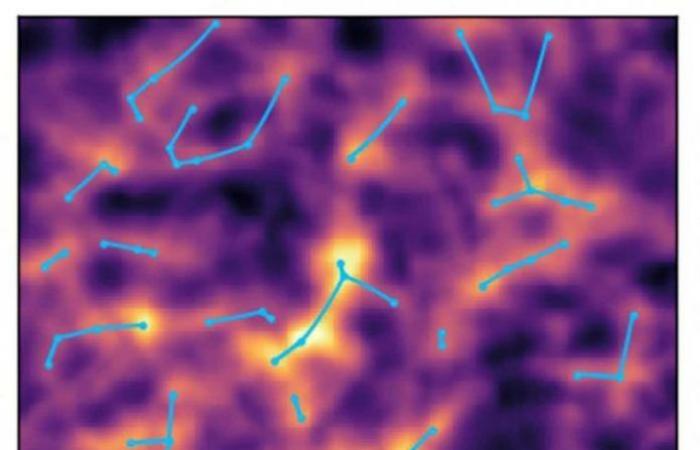 Galaxies are distributed throughout the universe as a complex network of nodes connected by filaments and thus separated by cavities. This is known as the cosmic web.
It is believed that the fibers contain almost all of the ordinary (so-called baryonic) matter in the universe as diffuse, hot gas. Nevertheless, the signal emitted by this diffuse gas is so weak that in reality 40 to 50% of the baryons remain undetected.

These missing baryons are hidden in the filament structure of the cosmic web.

Nabila Aghanim, researcher at the Institut d’Astrophysique Spatiale (CNRS / Université Paris-Saclay), and Hideki Tanimura, postdoc, are trying to discover them together with their colleagues. In fact, in a new study, they presented a statistical analysis showing for the first time the X-ray emission of the hot baryons in filaments.

The team used the spatial correlation between the position of the filaments and the associated X-ray emission to determine the presence of hot gas in the cosmic web and to measure its temperature for the first time. The detection was based on the stacked X-ray signal in the ROSAT2 survey data from approximately 15,000 large cosmic filaments identified in the SDSS3 galaxy survey.

These results confirm previous analyzes by the same team of researchers based on the indirect detection of hot gas in the cosmic web through its effect on the cosmic microwave background. This paves the way for more detailed studies where better quality data is used to test gas evolution in the filament structure of the cosmic web.

These were the details of the news Scientists may have discovered the hidden matter of the universe for this day. We hope that we have succeeded by giving you the full details and information. To follow all our news, you can subscribe to the alerts system or to one of our different systems to provide you with all that is new.