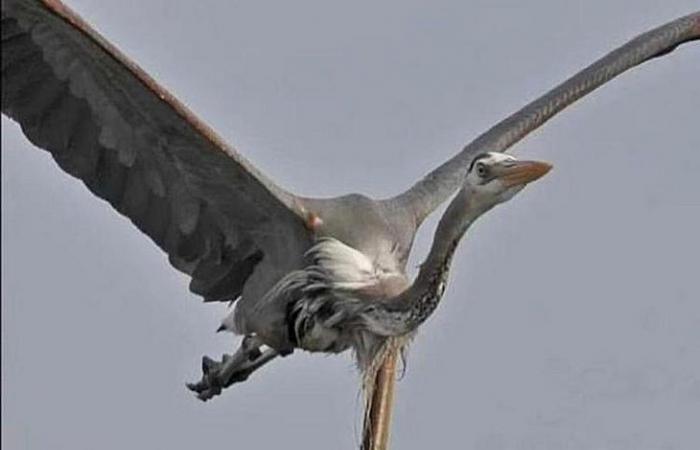 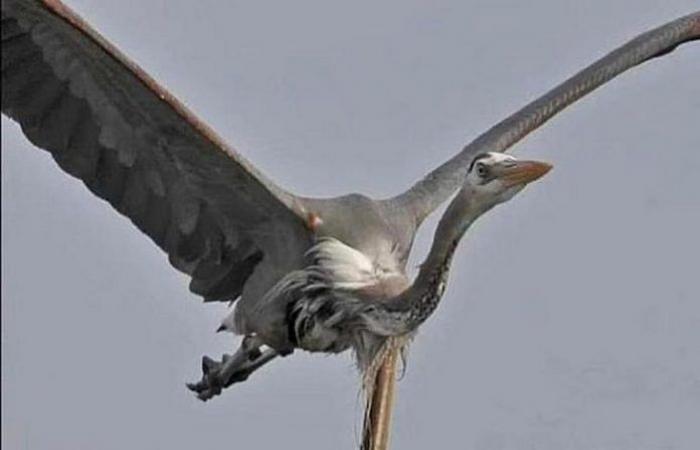 Sam Davis is an engineer from Maryland, in the United States, whose hobby is wildlife photography. Despite being an amateur photographer, a photo of him has gained prominence in the international press in recent days. In it, an eel is seen “digging” out of a heron’s stomach while the bird is flying.

The 58-year-old man did not believe his luck seeing the scene. According to him, the trip to the forest refuge aimed to take pictures of foxes, “and anything else that might be interesting”. But, he ended up finding something that even impressed wildlife experts.

He told the Lad Bible portal that nature itself hinted at the rare scene. “There were two young eagles who saw the situation of the heron and were following it, I suppose they felt a meal.” A fox also sensed that an animal was in danger and followed the birds.

Initially, Sam thought the heron had been bitten on the neck by a snake or eel. But when he got home to edit the photos, he saw that the scene was even more admirable: the eel was alive and pierced the heron’s stomach to get rid of death.

It is not known how long the predator, which at the time of the photo was flying, remained alive. But the injury caused by the eel and the attention of other animals above the heron in the food chain, suggest that it did not take long for her to die.

Speaking to The Guardian, scientist Jeff Johnson said that snake eels have the tip of the tail hard to dig substrates in the sea. “When swallowed they oppose it, and just use the same mechanism to pop the stomach wall [do predador].”

See more photos taken by Sam on his adventures in nature:

These were the details of the news Eel pierces heron stomach after being swallowed and is saved in... for this day. We hope that we have succeeded by giving you the full details and information. To follow all our news, you can subscribe to the alerts system or to one of our different systems to provide you with all that is new.