Eric H. Klein: This is how the collapse of civilizations begins 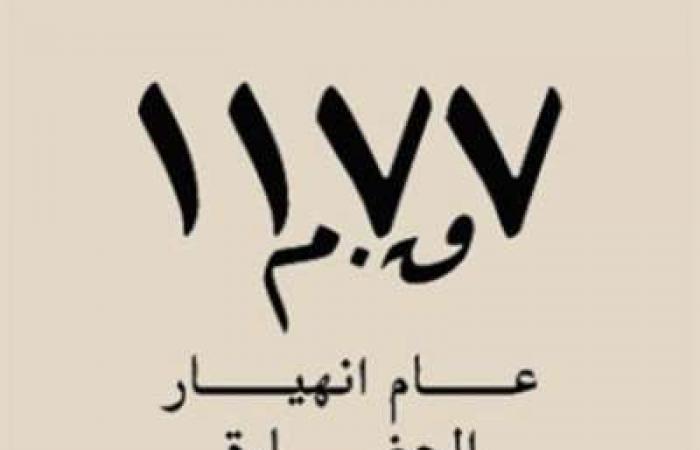 Greece’s economy is in dire straits. Revolutions swept through Libya, Syria and Egypt, with intruders and foreign fighters fanning the fires of conflicts within them. Turkey is afraid of getting involved in these conflicts. And Jordan is teeming with refugees. Iran is showing aggression and threatening, while Iraq is in turmoil. Is this not the case between 2010-2020? Yes, but it was also the situation in the year 1177 BC, more than three thousand years ago, when the civilizations of the Mediterranean region collapsed one by one in the Bronze Age, forever changing the course of the world and its future. This was a pivotal moment in history, a turning point for the ancient world.The Bronze Age continued in the Aegean region, Egypt and the Near East for nearly two thousand years, from 3000 BC to 1200 BC. When the end came, after centuries of cultural and technological development, the situation in most of the worlds of the civilized and international regions of the Mediterranean ended in a tragic end in a vast area stretching from Greece and Italy in the west to Egypt, the region of Canaan, and Mesopotamia in the east. Soon, great empires and small kingdoms that had taken centuries to develop. At its end, a transitional period came, and researchers considered it the first era of darkness the world was going through. Centuries passed before a new cultural renaissance appeared in Greece and other affected areas, paving the way for the development of Western society in the way we know it today.

Although the book “1177 BC: The Year of the Collapse of Civilization” (2014) by Eric H. Klein (Arabic translation from “The Hindawi Foundation” – 2020) is primarily concerned with the collapse of the Bronze Age civilizations and the factors that led to that collapse more than Three thousand years, but it may contain lessons that can benefit our contemporary societies that are global in nature and transcend national borders. Some might think that there can be no comparison between the late Bronze Age world and our current technology-based culture. However, there are sufficient similarities between the two. Aspects including diplomatic missions and the ban on economic trade; Kidnappings and ransoms, murders and royal assassinations; Luxurious weddings and unpleasant divorces; International conspiracies and deliberate military disinformation; Climate change and drought; And even a ship or two crashes, which makes it necessary to look more closely at events, people, and places of an era that existed more than three thousand years ago; It is more than just an academic process of studying ancient history.
In the contemporary global economy, and in a world ravaged by earthquakes and tsunamis in Japan and the “Arab Spring” strikes in Egypt, Tunisia, Libya, Syria, and Yemen, the wealth and investments of the United States and Europe are intertwined within a global system that also includes East Asia and the Middle East oil-producing countries It is likely that there are many lessons that can be learned from examining the scattered remains of ancient civilizations that were also intertwined before they collapsed completely.
The book begins with the invasion of the Sea Peoples of Egypt in 1177 BC, and moves from that point to other places and previous years. It takes us back to the Late Bronze Age in the glorious days of the fifteenth century B.C., and explores a wide variety of civilizations from Mesopotamia to Greece, and from occupied Palestine to the Hittites. Then it blows through the centuries to the methods, characters, and events that have undermined a world. Warriors entered the world scene and moved quickly, leaving death and destruction in their wake. Contemporary scholars refer to them collectively as “the Sea Peoples,” but the Egyptians who recorded their attack on Egypt never used this term, identifying them instead as separate groups working together: the Philistines, the Tigiker, the Shiklich, the Chardana, the Danana, and the Wishish; They are foreign-signed names for people with foreign features. Other than what Egyptian records tell us, we know very little about these people. We are not sure where the Sea Peoples came from, perhaps from Sicily, Sardinia, and Italy, according to one hypothesis, or perhaps the Aegean or western Anatolia, or they may even have come from the eastern Mediterranean. No ancient site has ever been identified as the place of their origin or their departure. We think they were constantly moving from one location to another, sweeping across countries and kingdoms as they passed. According to Egyptian texts, they set up camp in Syria before continuing along the coast of the Canaan region (which includes parts of present-day Syria, Lebanon, and occupied Palestine) and the delta of the Nile of Egypt.
Previous scholars tended to attribute any devastation in this period to the Sea Peoples. Nevertheless, it would be a pretense to blame the end of the Bronze Age, in the Aegean and the Eastern Mediterranean entirely, on them. This is likely to give these peoples an unworthy amount of importance. As we do not have clear evidence, except for Egyptian texts and inscriptions, which give conflicting impressions. Were the Sea Peoples heading to the eastern Mediterranean in the form of a relatively organized army, such as one of the most disciplined crusades intent on seizing the Holy Land during the Middle Ages? Were these peoples in the form of a poorly organized group of raiders, like the Vikings who appeared in a later era? Or were they refugees fleeing disaster and looking for new countries? As far as we know, a truth can be a mixture of all or none of the above.
Nevertheless, the Sea Peoples, throughout decades of scientific research, have been a convenient scapegoat, taking the blame for a situation that may have been far more complex and not the cause of it. Things are now changing; Many scholars have finally made clear that the ‘story’ of the Sea Peoples’ catastrophic wave of destruction and / or their migration was invented by researchers such as Gaston Maspero, the famous French Egyptologist, since the 1860s and 1970s, and took hold by 1901. However, it was a theory based only on textual evidence regarding the inscriptions, long before these destroyed sites were actually excavated. In fact, even those researchers who followed Maspero’s example were divided as to which direction the Sea Peoples took. Some of them believed that these peoples ended up in the western Mediterranean region after their defeat by the Egyptians, and did not start from there.

The book begins with the invasion of the Sea Peoples of Egypt in 1177 BC, and moves to other places and previous years

The current view is that it is possible that the Sea Peoples were responsible for some of the destruction that occurred at the end of the Late Bronze Age, but it is more likely that a continuum of events, both human and natural – including climate change and droughts, and seismic disasters known as seismic storms, Incidents of internal rebellion, and “collapse of systems” – combined to form a “perfect storm” that put an end to this era. However, in order to understand the magnitude of the events that occurred around 1177 BC, we must begin a study three centuries earlier, as the book cites.
For more than 300 years during the Late Bronze Age, roughly from the reign of Hatshepsut that begins around 1500 BC until the time when everything collapsed after the year 1200 BC, the Mediterranean region hosted a complex international world in which the Minoans, Messenians, Hittites, Assyrians and Babylonians interacted. The Titans, the Canaanites, the Cypriots and the Egyptians formed a system characterized by a global and global character, the like of which was rarely seen before our time. Perhaps it was that same universalism that contributed to the crushing disaster that wiped out the Bronze Age.
It seems that the civilizations of the Near East, Egypt and Greece were intertwined and interdependent with each other so tightly by 1177 BC that the fall of one of them eventually led to the downfall of the others. Prosperous civilizations have been destroyed, one after the other, by human action or by nature, or by a deadly mixture of both.
Finally, the book acknowledges our inability to determine with certainty the cause (of the multiple causes) of the collapse of civilizations and the transition from the end of the Late Bronze Age to the Iron Age in the Aegean and Eastern Mediterranean, or even definitively identify the origins and motives of the Sea Peoples. Moreover, as Christopher Monroe has stated, “all civilizations are ultimately subjected to a violent restructuring of material and ideological realities such as destruction or reconfiguration.” We are witnessing this in the continuous emergence and decline of empires over time, including the Akkadians, Assyrians, Babylonians, Hittites, Neo-Assyrians, Neo-Babylonians, Persians, Macedonians, Romans, Mongols, Ottomans and others, and we should not think that our current world is far from that. Because we are more vulnerable to it than we might like to think.
While the collapse of the Wall Street Stock Exchange in 2008 in the United States and the Corona pandemic diminish compared to the collapse and plague of the Mediterranean world in the entire Late Bronze Age, the current global order may have reached a decisive turning point, the point at which a crisis gradually turns into a complete collapse And it becomes difficult for governments to contain it. In a system as complex as ours today, this is all that would take for the entire system to become destabilized, leading to collapse.

These were the details of the news Eric H. Klein: This is how the collapse of civilizations begins for this day. We hope that we have succeeded by giving you the full details and information. To follow all our news, you can subscribe to the alerts system or to one of our different systems to provide you with all that is new.