Could the llama be the key to stopping Covid-19? 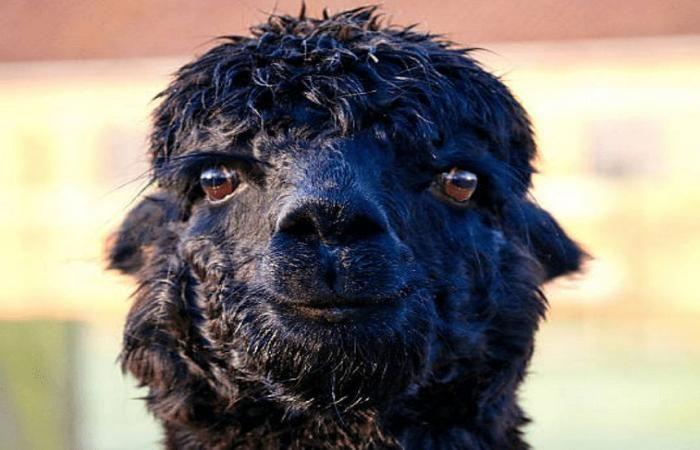 A new study claimed that the small but powerful antibody “parts” of llamas may have the ability to treat “Covid-19”.

It is known that the antibodies of llamas are many times smaller than the antibodies produced by humans, but they are more effective at neutralizing the coronavirus.

The researchers found that just a small fraction of the nanogram – smaller than the naked eye can see – can prevent infection of up to a million cells.

The team at the University of Pittsburgh School of Medicine says this treatment is easier, faster, and cheaper than traditional antibodies, and can be delivered directly to the lungs to prevent the virus from causing damage.

Lead researcher Dr. Yi Shi, Assistant Professor of Cell Biology at the University of Pittsburgh Medical School, said, “Nature is our greatest inventor. The technology we developed scans SARS-CoV-2 to neutralize nanobodies on an unprecedented scale and discover thousands of nanobodies. “Unparalleled speed and privacy. ”

In the study, published in the journal Science, the team used a black llama named Wally to generate antibodies.

The Wally team injected a piece of the prickly protein for the coronavirus, which the pathogen uses to enter human cells and infect them.

About two months later, the animal’s immune system produced nanoparticles against the virus.

Using a technique known as mass spectrometry, which examines the mass-to-charge ratio of one or more molecules present in a sample, the researchers identified nanobodies in Wally’s blood that were most likely to bind to the virus.

To test its effectiveness, they then exposed the nanobodies to live coronavirus particles. And only a fraction of the nanograms of nanobodies could neutralize enough viruses to protect a million cells from infection.

In addition, the team says that unlike other drugs, these antibodies can stay at room temperature for six weeks.

Nanobodies could also be developed for use as a mist that can be inhaled so that the treatment can be delivered directly to the lungs.

And because the corona virus is respiratory, nanobodies can find it and stick to it in the respiratory system before it does damage.

This isn’t the only study looking at llamas in the hope that these animals will help reduce the epidemic that killed more than 233,000 people in the United States.

Researchers at the University of Texas at Austin discovered an antibody produced by the llama that binds to proteins on the surface of Severe Acute Respiratory Syndrome (SARS), a relative of the new virus.

By constructing the two copies of the antibody, it bound more effectively to the proteins of the new virus and essentially neutralized them.

The team hopes to develop a treatment that will be given to people as soon as they are infected with “Covid-19”.

These were the details of the news. Could the llama be the key to stopping Covid-19? for this day. We hope that we managed to give you all the details and information. To follow all of our news, you can subscribe to the notification system or one of our various systems to receive everything new.

It’s also worth noting that the original news has been published and is available at eg24.news. AlKhaleej Today’s editorial team has confirmed this and it has been changed and it may have been fully retransmitted or quoted and you can read it and follow this news from its main source.

These were the details of the news Could the llama be the key to stopping Covid-19? for this day. We hope that we have succeeded by giving you the full details and information. To follow all our news, you can subscribe to the alerts system or to one of our different systems to provide you with all that is new.