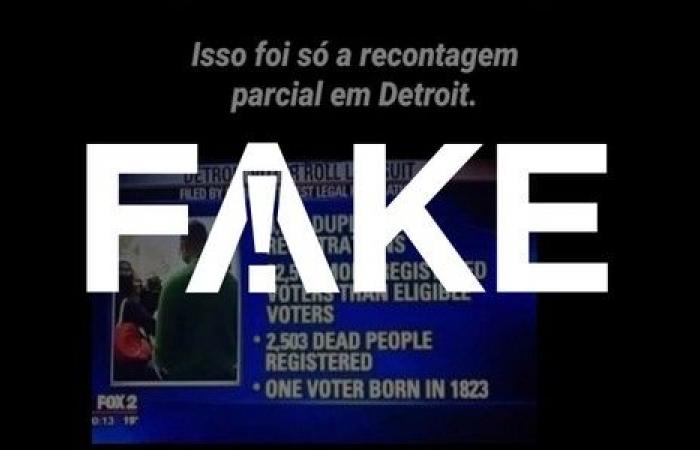 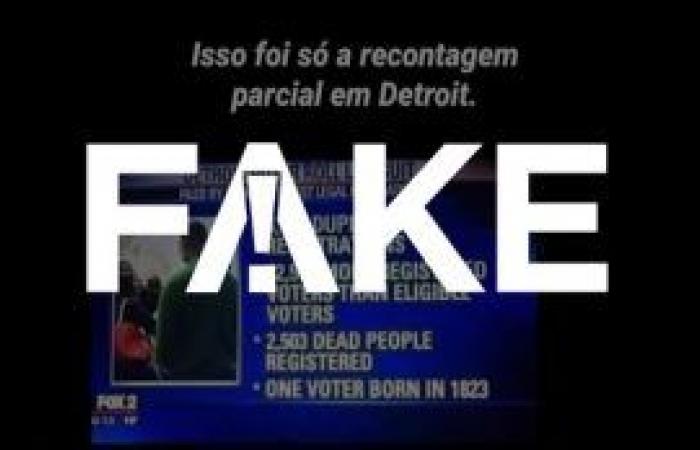 Fox Detroit itself clarifies that the image, also shared in the United States, is from 2019. It has nothing to do with the counting of votes in the 2020 presidential election.

The image shown is part of a lawsuit against Detroit election officials. The process was opened because there were problems with registration and difficulties in keeping the electoral lists accurate and current.

The chart, therefore, detailed figures present in the lawsuit. The lawsuit was opened in December 2019, but was withdrawn in June 2020, five months before the current American election, because election officials corrected the errors.

The rumor that has been spread takes advantage of the fact that Detroit is the most populous city in the state of Michigan, where Biden turned on Trump. In the state, however, Trump did not ask for a recount of votes, but to stop counting, which was rejected. The president’s campaign called for a recount of the votes, in fact, in Wisconsin.

Video: See how to identify if a message is fake

These were the details of the news It is #FAKE that there was a recount of votes in... for this day. We hope that we have succeeded by giving you the full details and information. To follow all our news, you can subscribe to the alerts system or to one of our different systems to provide you with all that is new.

NEXT Over 1,000 reported arrested at Navalny rallies in Russia