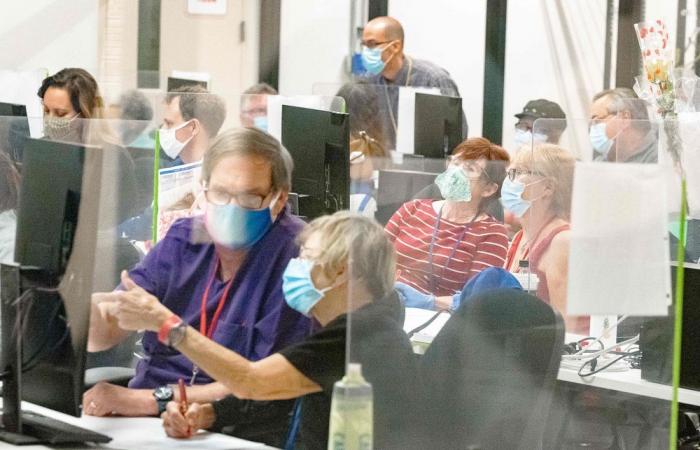 It’s not an election, it’s 50. That’s what political scientists say when explaining the process of choosing US presidents, which in addition coincides with the renewal of part of Congress and sometimes with local consultations, all on the same day . The federal system allows each state in the country, plus the District of Columbia, to establish its own rules, which affect from the deadlines and the way citizens can vote until the possibility of interrupting the counting at a certain time.

In addition to this scenario marked by complexity, this year was added a pandemic that turned the postal vote into a protagonist and caused a delay in the counting of some crucial electorates. The absence of a final result in decisive states days after the polls close leaves the rest of the world trying to understand how this process works, in which the candidate with the most votes does not win, but the one who has the majority support in the Electoral College. The main question is why this time it is being so slow.

This year, the pandemic changed the rules of the electoral system in several states. In order to encourage participation and provide security to citizens, most territories have relaxed the requirements for voting by mail, without the need to provide a justification. This resulted in almost 64 million voters mailing their ballot or depositing it in a polling station box. In addition to those who attended in person to sections opened in advance, there are more than 100 million Americans voting before the official date, a figure never seen in the history of this country. Almost 60 million did so in person.

But there are no unified rules to face this flood of votes. States have adopted different measures to deal with them. North Carolina, for example, started counting early votes weeks ago. Already in Pennsylvania, one of the states that has been focusing on the past few days, state law states that early votes can only begin to be counted on election day, and so on Wednesday afternoon there were still almost a million ballots. by clarityr. Voting by post makes the poll take longer because it needs to go through several steps before the ballot: an election official needs to open the envelope, and there is an exhaustive review to ensure its validity. There are also states, such as Georgia and Arizona, where citizens who have rejected the postal vote can go to their constituency and make a correction during the first days of the count.

With the country terribly polarized and the president talking about fraud, the electoral centers of the states that have not yet completed the counting took special care in the process to avoid irregular situations, which, added to the tide of ballots received through this route, ended up delaying all the process. These votes need to go through several steps before they are included in the ballot, including the review of election officials to ensure their validity.

However, slowness cannot be attributed only to massive early participation. During much of the 19th century elections, it took days, or even weeks, for the winner to be known. And you don’t even have to go that far. In the 2000 presidential election, the winner was not announced until December 12, more than a month after the vote. That year, the gap between Republican George W. Bush and Democrat Al Gore in Florida was so narrow that the dispute ended in an intense legal battle that ended up winning the first.

Another particular factor in the United States is that there is no such figure as an institution responsible for announcing results, such as the Superior Electoral Court (TSE) in Brazil. The population is not paying attention to the White House announcements about participation and counting, but to what the secretaries of each state have to say. After announcing the winner, federal law requires that governors prepare “as soon as possible” official certificates to report on the popular vote in the state. The documents with the results in each territory are sent to the President of the Senate and to the National Archives by December 23. Official scrutiny is also presented to the newly elected Congress – one part is renewed every two years -, which will meet in a joint session on January 6, 2021 and announce the results.

For decades, there has been debate about changing the system to elect the president by direct vote nationwide. In a Gallup poll published in September, 61% of Americans were in favor of eliminating the Electoral College. However, the proposal divides: 89% of Democrats support the idea, against 23% of Republicans. The enormous disparity is explained by the fact that the latter benefit from the electoral influence exercised by less populated rural states, which tend to favor conservatives.

When the Americans cast their vote, marking a presidential candidate and his deputy, they are actually electing the state representatives designated by the political parties. These are the so-called delegates, who then vote for the president, all of whom are linked to the most voted candidate in the state. This rule of winner takes all (the winner takes it all) applies across the country, except Maine and Nebraska. Each representative is an electoral vote. To reach the White House, 270 of the 538 votes at stake are needed.

As a general rule, the weight of each state is related to the size of its population. California, for example, where 40 million people live, has 55 electoral votes, while Nevada, with three million inhabitants, has 6 votes. But with this system it can happen that a candidate wins in the popular vote and loses in the Electoral College, as it happened with Hillary Clinton in 2016 against Donald Trump, and in others it can obtain less than 50% of the popular vote, but stay with the presidency, as John F. Kennedy in 1960. The number of electoral votes in each state does not change if more or less people vote.

With the rule that each state has at least three electoral votes, many criticize the overrepresentation of almost depopulated states. Wyoming, for example, which barely exceeds half a million, has three electoral votes. As a result, their voters have a greater influence on elections than those in densely populated areas, such as Florida and New York, both with 29 electoral votes.

These were the details of the news USA 2020 election results: One country, 160 million votes and 50... for this day. We hope that we have succeeded by giving you the full details and information. To follow all our news, you can subscribe to the alerts system or to one of our different systems to provide you with all that is new.