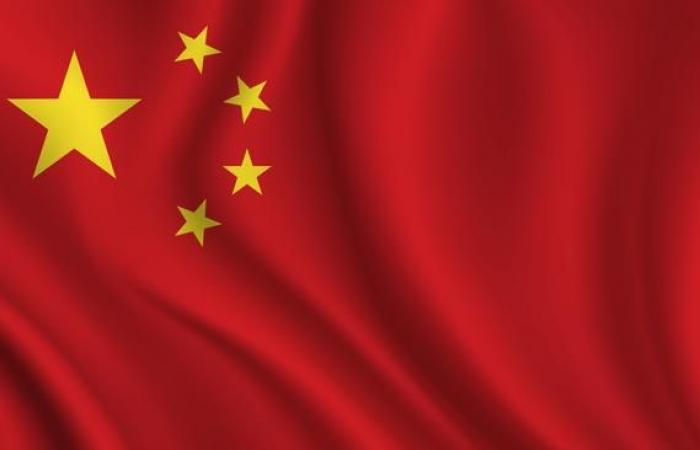 The Australian trade minister said the threats reported by China to suspend imports of a number of local industries were “deeply worrying”.

Aussie exporters are cautioned to prepare for losses as trade tensions with China continue to escalate.

The fish, red wine, copper and coal industries are eagerly awaiting whether Beijing will stop imports.

Chinese officials reportedly informally informed importers of goods such as wood, sugar and barley that products arriving after Friday would not be cleared through customs.

Simon Birmingham at the time downplayed the reports as “unsubstantiated rumors” and insisted that he had been assured by the Chinese authorities that Australian goods were not being discriminated against.

However, the Minister of Commerce admitted that his lack of contact with his Chinese counterpart hindered these discussions.

“It is disappointing that China refuses to get involved at the ministerial level,” he told reporters on Friday afternoon.

“We want to engage in ways that respect one another and promote areas of mutual interest.

“But we also recognize the fact that we have differences that we have had for decades and that we will have in the future, but that doesn’t mean we fail to advance the areas of mutual and beneficial interest to one another.

“The Australian Government stands ready to have such a mature, responsible dialogue and we would appreciate it if our colleagues would reply.”

In a statement issued on Friday by the Ministry of Agriculture, exporters were urged to take full account of “their own risk and potential losses”.

“The exporters are urged to get advice from the importers about possible disruptions in the release of their shipment,” the statement said.


“Some of the most recent shipments have been delayed in entering China, causing commercial losses.”


Chinese officials this week denied the sweeping trade ban that was later confirmed in a state media report.

The move contradicts a speech given by President Xi Jinping, who told China’s International Import Expo that his goal is to make the Chinese market “accessible” to everyone.

Beijing Foreign Ministry spokesman Wang Wenbin on Thursday defended the claims, saying his measures on foreign imports were in line with international practice.

“They protect consumer safety and the legitimate rights and interests of domestic industries and are in line with the China-Australia Free Trade Agreement,” he said.

“There is simply no reason to doubt China’s commitment to openness and cooperation, which has already brought tangible benefits.


“We hope Australia can do more to build mutual trust … and get bilateral relations back on track as soon as possible.”

Barley tariffs, bans on beef, restrictions on coal and an investigation into wine aimed at taxing Australian producers are among a number of trading tactics Beijing is using this year.

Agriculture Minister David Littleproud said there had been no formal notification of an import ban, but officials would continue to work with Chinese authorities to get a clarification on the issue.

Mr Littleproud also encouraged exporters to measure the risk of shipping their product to China, adding that other markets are available.

He told 4BC Radio that Australia could take Beijing to the World Trade Organization’s independent arbitrator on tariffs “if we believe we are wrong”.

But Mr Littleproud said Australia needs to show that it has complied with the rules because it could affect its reputation with other trading nations.

“We really have to be able to show that we followed the rules, and we have to stick to this process,” he said.

Scott Morrison said he would accept China’s opposition to a discriminatory ban on Australian products at “face value”.

But the opposition has accused the Morrison administration of lacking leadership and a plan to repair the broken relationship with Beijing.

In a statement by Labor figures Penny Wong, Joel Fitzgibbon and Madaleine King on Friday, the trio urged the Prime Minister to stand up for Australian exporters.

“If any country, including China, blocks our exports inappropriately, we have to proclaim them,” they said.

“Mr. Morrison … failed to discourage inflammatory behavior on his back benches, which made a bad situation worse. ”

Labor trade spokeswoman Ms. King told ABC that the waiting game for Australian exporters on Friday was “the problem”.

“It’s not a good situation to be in,” she said.

Australian National University economist Jane Golley said these unofficial trade bans would deal a blow of around $ 6 billion to the Australian economy.

“It is very likely that 2020 will be remembered as the year the Australia-China trade war began – unless both governments can find ways to return to the path of strategic cooperation that has served us so well in the past has done, ”said Professor Golley.

However, Professor Hans Hendrischke of the University of Sydney Business School said it was not the start of a trade war.

“Chinese media say the bans are targeting goods in industries that account for less than one percent of total trade rather than major export industries,” he said.

“The export bans target weaknesses in the Australian economy, but they are not the start of a trade war.

“This is no consolation for exporters who are suffering financial losses, but the solution to the bans must be political.”

These were the details of the news China threatens to suspend Australian imports for this day. We hope that we have succeeded by giving you the full details and information. To follow all our news, you can subscribe to the alerts system or to one of our different systems to provide you with all that is new.