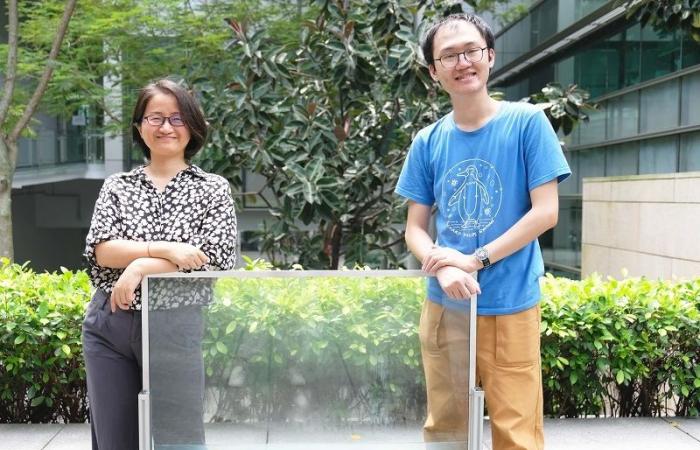 This week, scientists in Singapore discovered a future “liquid window” that can block sunlight and at the same time trap and give off heat.

Windows of the future could be much more than a pane of glass, according to a new breakthrough from researchers at Nanyang Technological University, Singapore (NTU Singapore).

The researchers published their results in Joule and described a liquid window pane that can block the sun at the same time to regulate solar transmission while retaining heat. It can be released day and night, thus helping to reduce energy consumption in buildings.

“Our window is constructed in a similar way, but instead of air we fill the gap with the hydrogel-based liquid, which increases the sound insulation between the panes of glass and provides an additional benefit that is not common with current energy-saving windows.”

ZiggyTec is working with Dublin City Council on smart buoys

Dublin-based ZiggyTec was selected as one of four bidders to complete the first phase of Smart Dublin’s Ring Buoy Monitoring project. The initiative, carried out in partnership with Dublin City Council, aims to help curb ring buoy theft across the capital in order to save lives.

ZiggyTech is an Internet of Things (IoT) solution that provides real-time data on health and safety equipment, utilities, and air quality. Smart Docklands estimates that up to 15 ring buoys are stolen every week in Dublin and 600 need to be replaced every year.

According to ZiggyTec, if one of its intelligent ring buoys is removed from the housing, a safety plug is released from the device and automatically sends a warning to the local first aiders so that they can send a unit nearby immediately.

“The availability of smart buoys across the country is something that we still care about,” said Kieran Murphy, co-founder of ZiggyTec.

“Having worked as a lifeguard for six years, I understand the need for speed when it comes to response times and rescuing people in trouble in the water. I believe that we need a more efficient means of monitoring our lifebuoys to make sure we are maximizing the speed of assistance as more people participate in lockdown swim sessions. ”

Companies agree to radiate 5G from drones in the stratosphere

UK-based Stratospheric Platforms and Cambridge Consultants are planning full 5G ground coverage with around 60 drones flying at over 20,000 meters.

According to the BBC, the planes built by Stratospheric Platforms would run on hydrogen and could fly non-stop for nine days. Each drone could cover an area of ​​140 km on the ground, where users connected to the signal could receive download speeds of 100Mbps.

Both companies stated that they had already successfully tested the platform from a lower height and with a signal with a lower bandwidth. Deutsche Telekom has reportedly agreed to test the technology in rural southern Germany in 2024.

Richard Deakin, chief executive of Stratospheric Platforms, claimed that installing 5G terrestrial masts was “extremely expensive” and that each of his aircraft could replace 200 masts.

In addition, private 5G services are seen as critical in maximizing the value of a smart factory for service users by leveraging the technology to allow greater levels of autonomy between factories.

According to research author Scarlett Woodford, software spending will account for 80 percent of global industrial IoT market value by 2025, which will reach $ 216 billion.

“Manufacturers need to exercise caution when implementing IoT technology. Resistance to the temptation to introduce connectivity to all aspects of operations, ”she said. “Instead, manufacturers need to focus on gathering data in the most valuable areas for efficiency gains.”

These were the details of the news Scientists unveil the energy-saving “Liquid Window” concept for this day. We hope that we have succeeded by giving you the full details and information. To follow all our news, you can subscribe to the alerts system or to one of our different systems to provide you with all that is new.