U.S. Cancer Patient Carried Coronavirus With No Symptoms for 105 Days:... 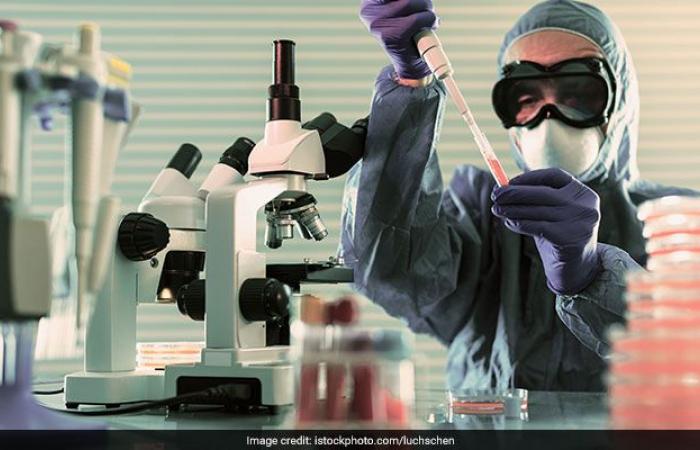 While most people infected with the novel coronavirus actively released the pathogen for about eight days, scientists reported an unusual case of a blood cancer patient who carried the virus for about 105 days and “remained infectious for at least 70 days” without that this was occurring symptoms all along.

Understanding how long people can remain actively infected is important, according to the study published in Cell journal, as it provides new details about COVID-19 that are not yet well understood.

“When we started this study, we really didn’t know much about how long it took to shed the virus,” said lead author Vincent Munster, a virologist at the National Institute of Allergy and Infectious Diseases in the United States.

“As this virus continues to spread, more people will become infected with a range of immunosuppressive disorders, and it is important to understand how SARS-CoV-2 behaves in these populations,” Munster said.

The patient from Kirkland, Washington, was infected very early in the COVID-19 pandemic and had performed numerous positive PCR tests for the virus over a period of weeks.

According to the researchers, the patient, a 71-year-old woman, was immunocompromised due to chronic blood cancer but never showed symptoms of COVID-19.

She was found to be infected with the virus when she was checked for severe anemia after being admitted to the hospital. Her doctors realized that she was living in a rehab facility where a major outbreak was occurring.

When the researchers looked at samples taken regularly from the patient’s upper respiratory tract, they found that the infectious virus was still present for at least 70 days after the first positive test, and the woman only got rid of the virus completely after a day 105.

“This was something that we expected to happen, but it has never been reported before,” Munster said.

The researchers believe the patient remained contagious for so long because her weakened immune system never allowed her to have a reaction.

They found from blood tests that their body was never able to make antibodies.

According to the scientists, even treating recovered COVID-19 patients with antibodies had little effect on their health.

Despite her inability to develop an antibody response, she never evolved COVID-19, they added.

When the scientists examined the patient to determine how the virus might have changed during the course of the infection, they found that samples taken from her at different times had different dominant gene variants of the virus.

However, the researchers believe that these mutations played no role in the persistence of the virus, as they saw no evidence of the pathogen’s evolution.

According to Mr. Munster, this could be the longest case in which someone has been actively infected with the coronavirus while remaining asymptomatic.

“We have seen similar cases of influenza and respiratory syndrome in the Middle East, which is also caused by a coronavirus. We expect more reports like ours to be published in the future, ”he said.

(Except for the headline, this story was not edited by NDTV staff and published from a syndicated feed.)

These were the details of the news U.S. Cancer Patient Carried Coronavirus With No Symptoms for 105 Days:... for this day. We hope that we have succeeded by giving you the full details and information. To follow all our news, you can subscribe to the alerts system or to one of our different systems to provide you with all that is new.