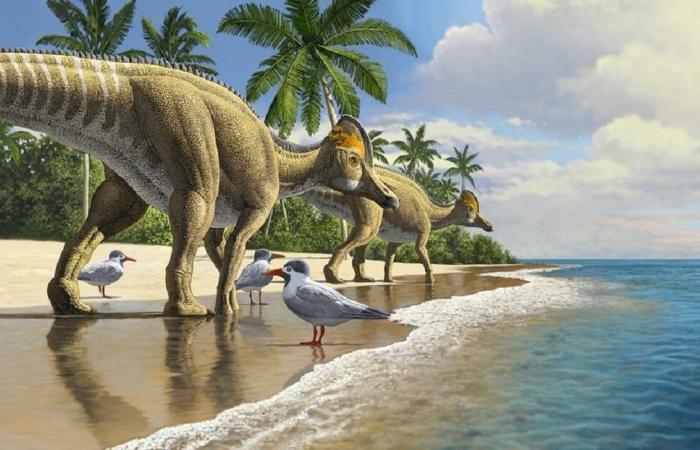 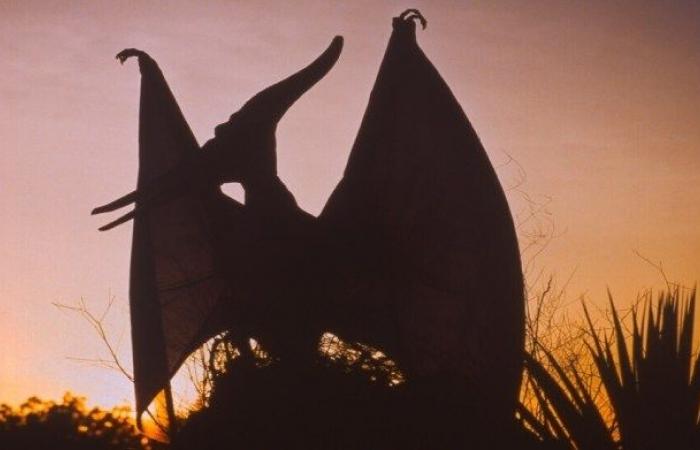 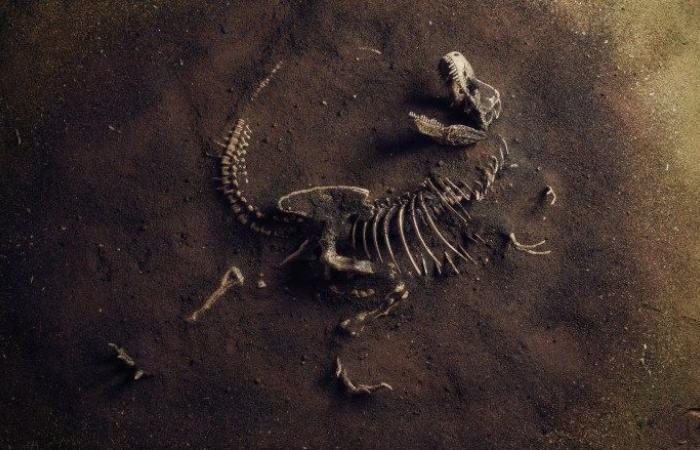 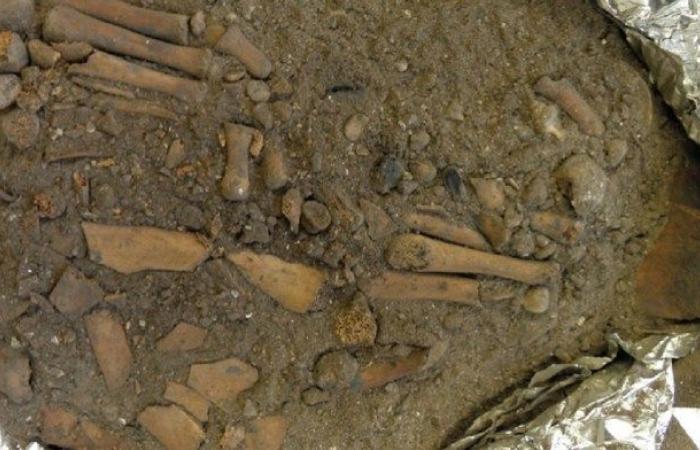 Scientists have revealed that the duck-billed dinosaur, whose remains were found in Morocco and lived 66 million years ago, “probably took at least 250 miles from the ocean to get there.”

Paleontologists from the University of Bath and others discovered the fossilized remains of an unusual dinosaur, nicknamed Ajnabia odysseus, in rocks in Morocco. 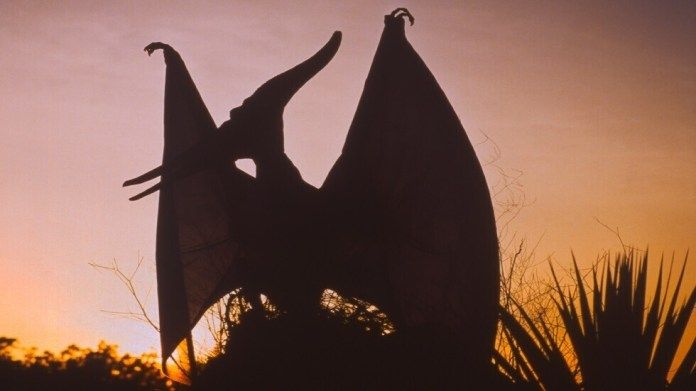 This is the first time that a member of the duck-billed dinosaur family has been found in Africa, indicating that it had to cross oceans to reach its destination, and researchers have been unable to determine its exact source or the actual distance traveled.

Ajnabia odysseus was about 10 feet (3 meters) long, roughly the size of a pony, and was a member of a variety of duck-eating plant-eating dinosaurs that evolved in North America.

At the time this dinosaur lived, Africa was an island continent surrounded by water, and so far this species has only been found in North America, Europe and Asia.

Dr Nicholas Longrich, of the Milner Center for Evolution at the University of Bath, said they discovered the fossil in a mine a few hours away from Casablanca.

He noted that it was about “the last thing you expect in the world” and was “totally out of place, like finding a kangaroo in Scotland.”

“It was impossible to walk to Africa. These dinosaurs evolved long after the continental drift divided continents, and we have no evidence of land bridges,” Langrich said.

Given the possible planning of the planet at the time, there were no shallow platforms that could form a land bridge between Europe and Africa. 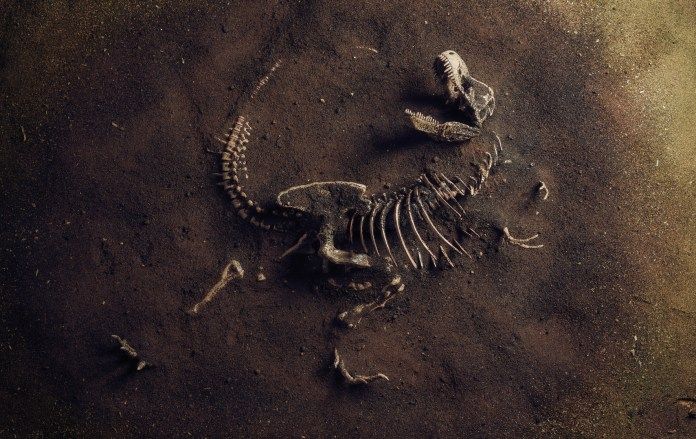 Geology tells us that the oceans were isolated from Africa. If that is the case, the only way to get there is through the water, Longreach said, indicating that the dinosaur had to swim to its destination.

While the team was unable to say how long the swimming would take or where exactly the dinosaur came from, they speculated that it was likely from Europe.

Longreach told the British newspaper “Daily Mail” that he had to swim 250 miles (400 km) or so, perhaps from somewhere in what is now Europe. He explained, “I suppose that if the sea level drops a little, depending on the careful reconstruction, it may be a little lower … but it is a very long way!”

The scientists examined the teeth and jawbones characteristic of Ajnabia odysseus, and found that it belonged to Leptostomia, a genus of winged reptiles with a long beak dating back to the Cretaceous period.

Lambeosaurs evolved in North America before spreading to Asia and Europe, but so far they have not been discovered in Africa before.

The dinosaur would have to be duck-billed across hundreds of miles of open water, either paddling on debris or swimming, to reach Africa.

Reptiles were probably strong at swimming, as they had large tails and strong legs, and were often found in river sediments and marine rocks. 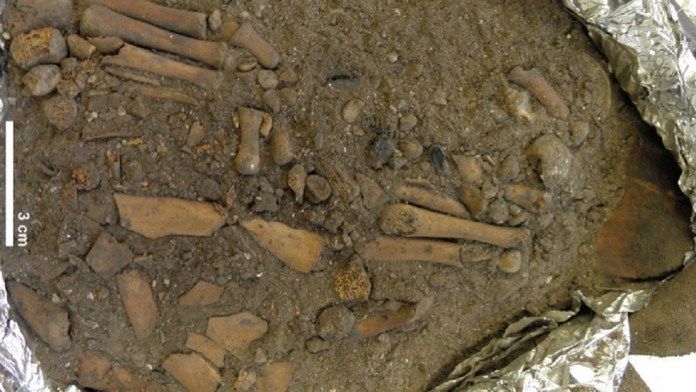 In reference to this ability to swim, the dinosaur is called Ajnabia odysseus, as Ajnabia is an Arabic word in fact referring to “foreign”, and odysseus comes from the Greek seas.

Ocean crossings are rare events, but have previously been observed in other ancient lizard species, including green iguana that used debris to travel between Caribbean islands during a hurricane.

Turtles also roamed the Seychelles hundreds of miles across the Indian Ocean, reaching the shores of Africa.

“Over millions of years, these events are likely to happen several times once in a century,” said Dr. Longrich.

Ocean crossings are needed to explain how lemurs and hippos arrived in Madagascar, or how monkeys and rodents crossed from Africa to South America.

Dr. Noureddine Jalil, from the Museum of Natural History at the Sorbonne University, described how dinosaurs arrived in Africa and found a fossil of a wild animal in a marine environment as “an unlikely chain of events.”

“This highlights the scarcity of our discovery and thus its importance,” said Dr. Jalil. Ajnabia shows us that the hadrosaurs treaded on the African land, and tells us that ocean barriers are not always an insurmountable obstacle.

These were the details of the news The discovery of a 66 million-year-old duck-billed dinosaur in Morocco that... for this day. We hope that we have succeeded by giving you the full details and information. To follow all our news, you can subscribe to the alerts system or to one of our different systems to provide you with all that is new.