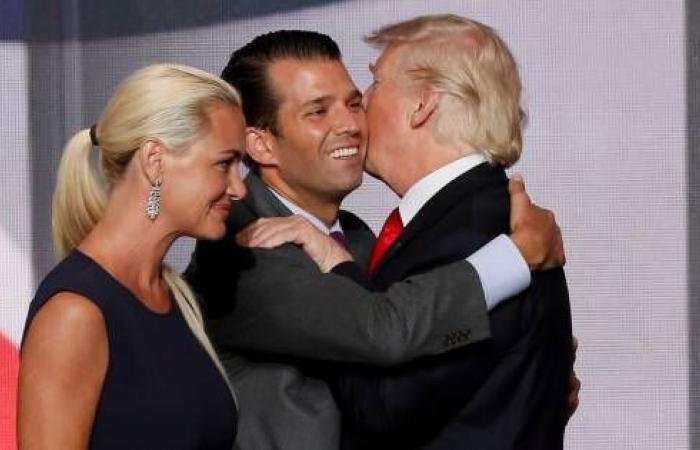 According to the US president, the Democrats are helped by “the big media, the big money, and the big tech companies.” Trump’s eldest son, Don Jr., agrees, adding that his father doesn’t get enough support from his own party. “Republicans have been weak for decades, so the left has been able to do these things.” His brother Eric shares that view: “Where are the Republicans. Show backbone. Fight this fraud. Our voters will never forget you if you are a sheep, ”he tweeted.

According to Don Jr. his father is not going far enough in his tirade. “The best thing for America’s future is that Donald Trump is going to all-out war over these elections to expose the fraud, the deception, the dead and displaced voters. It’s taking too long, ”Donald Trump Jr. wrote on Twitter. He added that “it’s time to clean up this mess and stop looking like a banana republic!”

These were the details of the news Call for son Donald Trump: The best thing is all-out war... for this day. We hope that we have succeeded by giving you the full details and information. To follow all our news, you can subscribe to the alerts system or to one of our different systems to provide you with all that is new.