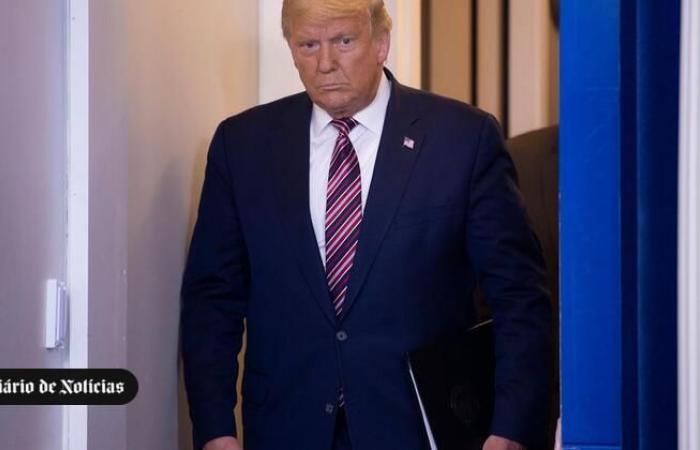 The split on the conservative news channel is deepening each time Trump repeats allegations of electoral fraud.

“We saw nothing that constituted fraud or abuse of the system,” said White House correspondent for Fox News, John Roberts, live, from the same press room the President had spoken to seconds before.

At studios in New York, the hosts repeated it over and over. “We didn’t see any evidence”.

Hours later, on nightly opinion shows, Fox News host Laura Ingraham took a 180-degree turn and questioned in an editorial the fact that the vote in the post was counted, stating that “America must find the winner on election night or the next morning. “

The same station, the most watched paid news channel, was the scene of great tension on Tuesday night’s election, after declaring Trump’s rival, Democrat Joe Biden, winner of Arizona, before other ‘media’ did.

The difference in criteria in Fox News programming reflects editorial tension that exists among journalists at a company that lives a dilemma: deciding whether to continue supporting the drift of Trump’s speech or verifying his allegations against the electoral system.

“We have to interrupt Trump because the President made a series of false statements”, said journalist Lester Holt, host of NBC Nightly News, one of the three most followed news programs on free-to-air television.

The same was done by David Muir, presenter of the most followed news in the country, with eight million daily viewers, ABC World News Tonight.

“There was simply no evidence, in any of these states, that there are illegal votes,” he said.

The journalist then explained that, due to the coronavirus pandemic, postal voting increased, breaking records: more than 100 million Americans voted before, which prolonged the ballot.

CBS, the third in hearings, initiated a fact-finding when Trump ended his speech and dismissed all charges of “fraud” and “system corruption”.

More striking were the information services of the American public radio, NPR: “Trump, once again, falsely claimed victory in the 2020 elections. He did not win. The votes are still being counted,” he said.

In turn, the paid news channels CNN and MSNBC, known for more liberal positions, commented harshly: “What a sad night for the United States.”

Trump “is trying to attack democracy with a series of falsehoods. Lie after lie after lie,” lamented host Jake Tapper.

On CNN’s show, Rick Santorum, a Trump party commentator and former senator, declared himself “impressed and disappointed” after listening to the President.

Virtually no major media has corroborated the allegations of electoral fraud made by the Trump campaign.

“Trump said without proof that the election was corrupt and fraudulent,” published Nicole Carroll, editor of USA Today, one of the most widely read generalist newspapers in the United States.

The Washington Post, the New York Times and the Los Angeles Times also denied the President.

Likewise, the Georgia and Michigan courts dismissed Trump’s first lawsuits, which depend on the diluted media support of Fox News and “alternative” platforms that emerged on social networks.

These were the details of the news Televisions cut Trump’s speech and deny President, Fox included for this day. We hope that we have succeeded by giving you the full details and information. To follow all our news, you can subscribe to the alerts system or to one of our different systems to provide you with all that is new.