Insurance companies in eye of the storm: where are the compensation?... 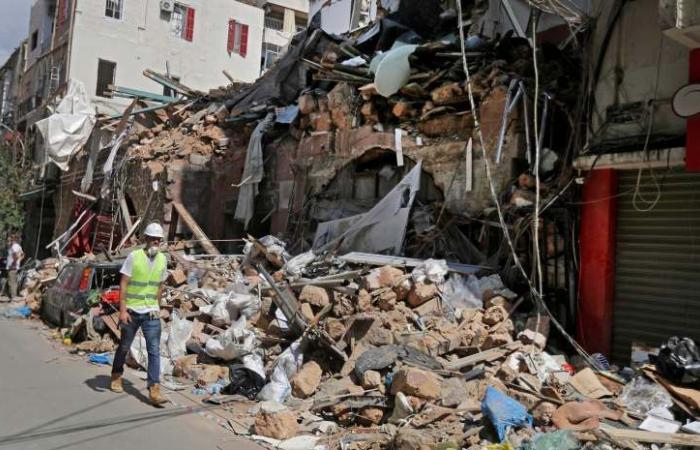 4 months have passed since the Beirut port explosion, and no report has yet been issued on the cause of the accident. Meanwhile, those affected are still waiting for compensation from insurance companies, which in turn are awaiting the results of the investigations. However, the tragedy will occur when some of the insured discover that there are policies for which reinsurance has not been paid.

Sources in the Insurance Companies Control Committee revealed to Al-Gomhoria that a large number of insurance companies did not properly re-insure with the outside world, which puts about $ 700 million of the value of damages caused to institutions, homes and cars in the area of ​​the explosion, in the danger circle. .

In this context, the president of the Federation of Mediterranean Businessmen, Dean of Industrialists Jacques Sarraf, revealed that the first absence and the primary responsibility in the issue of compensation due to the explosion rests with the Lebanese state, which has not issued any report yet, determining the nature of the explosion. He told Al-Gomhoria: “Insurance companies are obligated to pay compensation to those affected, as there are insurance contracts. I regret that insurance companies are betting on the issuance of a report attributing the explosion to security and military reasons for evading coverage. So we say to companies: Do not bet on the issuance of such a decision, investigations will be revealed, and you know that no similar decision will be issued, and you are obligated to pay, especially those companies that have not paid reinsurance fees abroad, and that have bet that there is no danger to livelihoods and institutions in Lebanon. It only insured 30 to 40 percent of its contracts with the outside world.

He said, “As soon as the new government is formed, we will demand an official and firm position on the fact that the port has exploded, until the insurance companies start to pay.”

He added: “Respected insurance companies are obligated to conduct reinsurance contracts,” revealing that “investigation committees begin for each company in its company, until we study every contract with it, and we will demand the establishment of a special court for insurance companies.” Therefore, the negligent companies must make themselves up before the blow hits them. ”

And whoever will compensate the guaranteed person in the event that reinsurance is found to be non-existent, he said: “The company’s bankruptcy is the solution, as companies can then be prosecuted over their private and public properties and the companies’ board of directors. ”

The tourism sector was also severely damaged, which the World Bank estimated at about $ 800 million, which insurance companies are supposed to pay.

In this context, Pierre Al-Ashqar, head of the Syndicate of Hotel Owners and Tourist Establishments, asserts that some insurance companies say that they are still waiting for the results of the investigations to be cleared, and some of them express their intention to pay, and some of them are still conducting the detection and evaluation processes. He said: «To this day, I have not been informed that anyone has been arrested by the insurance companies. As for the receipt, some companies say that they will pay “in dollars”, and others say that they will pay in dollars, and some say that they will pay in Lebanese pounds. But no one is sure how or when the arrest will take place. Our situation is so bad that the banks did not offer us any facilities. And if they do not pay us, then we cannot repair, and here I include hotels, cabarets, restaurants and cafes … ».

He pointed out that «if we want to do the repairs ourselves, we must sell all our real estate in order to be able to collect the required amount. A million “lollars” are worth about 350,000 dollars, which means that we have to sell checks for 3 million dollars to get one million dollars to carry out the necessary repairs, if any. “

These were the details of the news Insurance companies in eye of the storm: where are the compensation?... for this day. We hope that we have succeeded by giving you the full details and information. To follow all our news, you can subscribe to the alerts system or to one of our different systems to provide you with all that is new.