Airbnb struck with a proposed class action lawsuit for lack of... 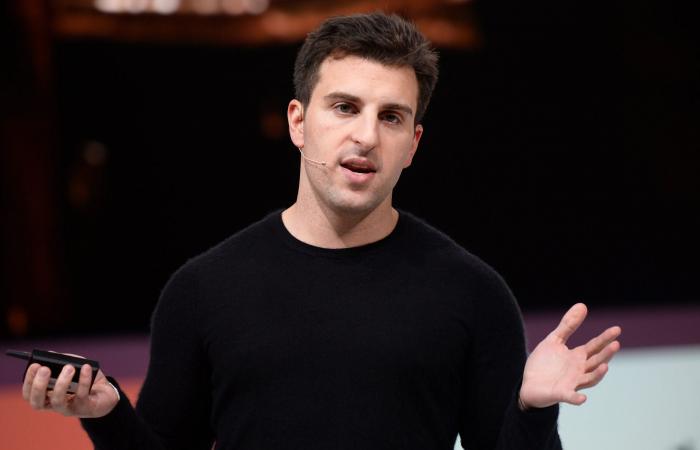 A short-term rental host has filed a class action lawsuit against Airbnb alleging the tech company breached its contract with the hosts when the company offered guests a full refund after the coronavirus pandemic in March.

The lawsuit was filed on Thursday in the U.S. District Court for the Northern District of California in San Francisco by Anthony Farmer, an Airbnb host in Texas. Farmer had hosted Airbnb for three years. Farmer stopped hosting Airbnb because of $ 655. He claims the company owes him reservations. The lawsuit made three claims against Airbnb: breach of contract, breach of fiduciary duty, and breach of California consumer law.

The lawsuit comes as Airbnb prepares to go public after a difficult year for the company and the travel industry due to Covid-19. The hosts have complained about the company’s handling of guest cancellations due to the pandemic. The company issued an extenuating circumstance policy in March that overruled many hosts’ refund policies. The hosts have also complained about missing payments, while many guests have complained that Airbnb hasn’t given them refunds for pandemic-hit trips.

“Due to the Covid crisis, hosts are not paid, guests are often not reimbursed and Airbnb is way ahead right now,” said Aaron Blumenthal, attorney at Gibbs Law who represents farmers. “Something the lawsuit is trying to do is keep records of where the money is.”

An Airbnb spokesman said the lawsuit’s allegations were unfounded.

“When the WHO declared Covid-19 a global pandemic, we made the tough decision to activate our long-standing attenuating circumstances policy and provide eligible guests full refunds as public health and safety come first,” Airbnb said in an explanation. “While we know this has had a significant impact on bookings and revenue for our host community, we firmly believe this was the right thing to do. The allegations in this complaint are completely frivolous and unfounded. ”

The lawsuit is noteworthy as it is the first time Farmer has attempted legal action against Airbnb through arbitration, as set out in Airbnb’s Terms and Services for Hosting. To submit his case to arbitration, Farmer partnered with FairShake, a company that helps consumers bring legal claims against companies. FairShake has been working with a number of Airbnb hosts since March to take legal action against the company.

“Neither the guests nor the hosts got the money back,” said Teel Lidow, CEO of FairShake. “That’s what led us to put together this arbitration campaign that eventually led to this class action lawsuit.”

Anthony Farmer, an Airbnb host in Texas, has filed a class action lawsuit against Airbnb.

Farmer was able to file a public lawsuit against the company after Airbnb failed to timely pay the necessary legal fees for arbitration proceedings. A new California law allows plaintiffs to remove their cases from arbitration and take them to court if the company blocks payments beyond 30 days after receiving an invoice.

“You who didn’t pay for the arbitration were just another slap in the face,” said Farmer. “It’s shocking and shameful.”

An Airbnb spokesperson denied this claim.

“Airbnb has fully participated in the arbitration with Mr. Farmer,” the spokesman said in a statement. “This arbitration is currently in progress, and in fact, the American Arbitration Association appointed an arbitrator on October 30.”

Before the pandemic, Farmer relied on Airbnb as their primary source of income. The farmer used a strict cancellation policy that would have entitled him to at least part of a reservation booking if a guest had to cancel. This has been overridden by Airbnb’s extenuating cancellation policy. While $ 655 doesn’t seem like a lot of money, he was counting on that money to pay for his mortgage, utilities, homeowners association fee, and other costs associated with running a short-term rental, Farmer said.

“That definitely has an impact on me during the pandemic,” Farmer said. “I’m mad about it. I’m angry, to be honest, and I’m sure I’m not the only one affected. ”

Blumenthal said they hope the case will be given class action status so that other hosts, similarly affected, can join the lawsuit. As the company prepares to go public, this case could be of public interest, Blumenthal said.

“I think the public and potential investors as much as the hosts want to know how much money Airbnb has that, if our lawsuit is correct, is legally owed to the hosts,” said Blumenthal.

In March, Airbnb activated an extenuating circumstance policy to allow pandemic guests to receive a full refund on their bookings, overriding the host’s refund policy. Many guests complained that when trying to claim these refunds, they either were unable to get the money back in full, had to jump through numerous hoops, or did not get the refunds at all.

Airbnb later announced it would create a $ 250 million coronavirus relief fund for hosts that will return 25% of the amount they would normally have received under their cancellation policy. However, many hosts who spoke to CNBC complained that they didn’t receive the correct amounts or payments at all.

“I want justice for other hosts who have been hurt as a result, and I want Airbnb to be held accountable,” Farmer said.

These were the details of the news Airbnb struck with a proposed class action lawsuit for lack of... for this day. We hope that we have succeeded by giving you the full details and information. To follow all our news, you can subscribe to the alerts system or to one of our different systems to provide you with all that is new.