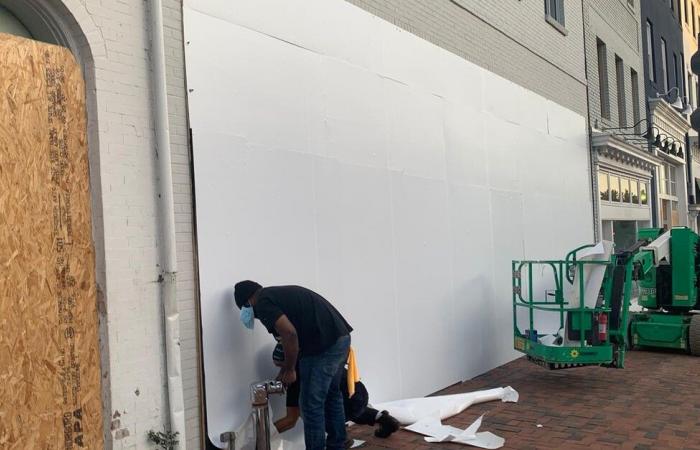 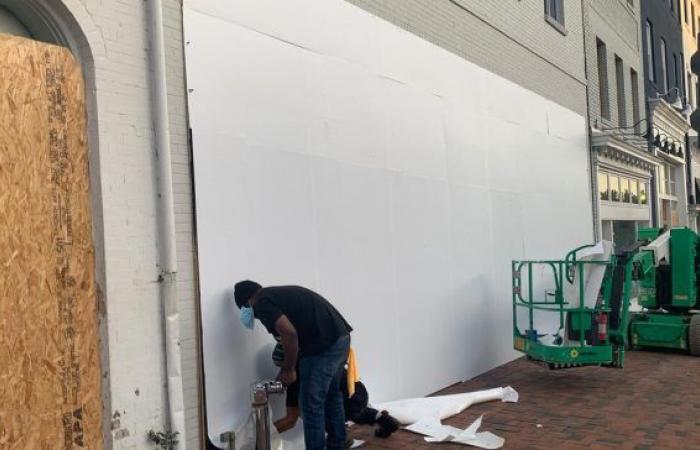 In the capital, Washington, no risk is being taken against the background of uncertainty, especially in the run-up to the possibility of an elected president being announced in the coming hours or days by the television networks.

An Apple store, for example, has become a fortified compound. I got there and saw how the workers are careful not to leave any part exposed to demonstrations, violence and looting and cover any area that might be the target of the protesters’ anger. Above you can see a holiday helicopter in the air, and mobility on every nearby street.

The whole area, the Georgetown neighborhood, seemed to have become a ghost area. Each side says the other side will make riots. Supporters of the president are convinced that there is an alleged conspiracy of the democratic establishment and the “Navar-Trumpers” (“Never Trump” people). The Republican Party claims that those Trump opponents will do anything to prevent him from serving another term. Supporters of the president predict a massive riot and violence by blacks and others in the city as we saw after the death of George Floyd if Trump wins against all odds.

On the other hand, I have met people who are identified as Democrats, and they are convinced just the opposite – that the Trump people are part of illegal militias, who will not hesitate to intimidate the streets to make sure the president is elected or to protest TV networks for his loss (if and when).

Such tension in the air I do not remember in America, and I have been here many times. The feature of the city does not befit its status as the capital of the most powerful power in the world. The Apple Store, apparently a symbol of digital America, has become the visual victim of the US crisis. However, America always knows how to come out strong in such situations. A president will be sworn in on January 20, whatever his name may be.

These were the details of the news Election panic: Washington, D.C. is preparing for riots for this day. We hope that we have succeeded by giving you the full details and information. To follow all our news, you can subscribe to the alerts system or to one of our different systems to provide you with all that is new.