Biden is catching up with Trump in Georgia 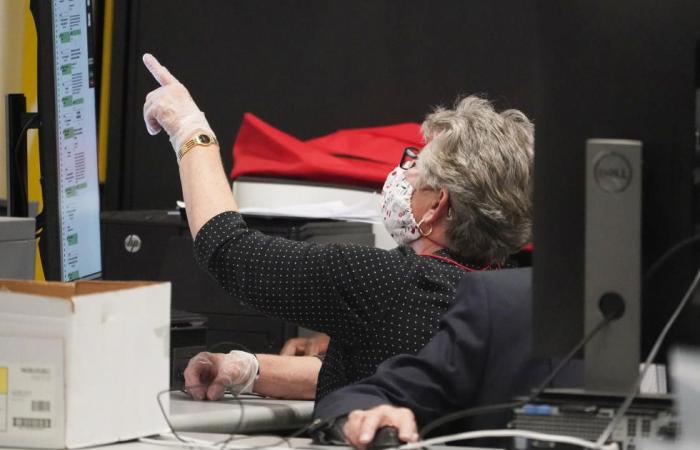 The difference thus amounts to only 0.3 percentage points, according to AP’s overview.

According to CNN, it is believed that advance and postal votes that have not yet been counted will turn out in Biden’s favor.

At the same time, results from Georgia show that Republican Senator David Perdue now has less than 50 percent support, which means that he will have to meet Democrat Jon Ossoff for a rematch in January.

The battle for this seat could, in theory, determine whether Democrats or Republicans gain a majority in the Senate.

The count in the state of Georgia is expected to be completed before the day is over, the authorities in Atlanta say.

– Around 60,000 votes remain to be counted, the state’s election manager Gabriel Sterling said at a short press conference on Thursday afternoon.

Throughout the day, Donald Trump has had a narrow lead with 49.6 percent of the vote. Joe Biden’s share is 49.2 percent. But during the morning it shrank by 0.1 percentage points.

According to CNN, it is believed that advance and postal votes that have not yet been counted will turn out in Biden’s favor.

The Trump campaign team has filed a lawsuit in connection with the vote count in Georgia, but the lawsuit was rejected on Thursday, without Judge James Bass in Chatham county giving any justification.

The lawsuit raises doubts as to whether 53 advance votes that election observers have said were not part of the original ballot papers. Election officials explained during an hour-long hearing on Thursday that all 53 ballot papers were received by the deadline. In the county is, among other things, the city of Savannah, where a large majority votes for the Democrats.

Sterling denies that there is election fraud during the count. Everyone who participates in the vote count, works hard and under enormous pressure, he emphasizes.

These were the details of the news Biden is catching up with Trump in Georgia for this day. We hope that we have succeeded by giving you the full details and information. To follow all our news, you can subscribe to the alerts system or to one of our different systems to provide you with all that is new.