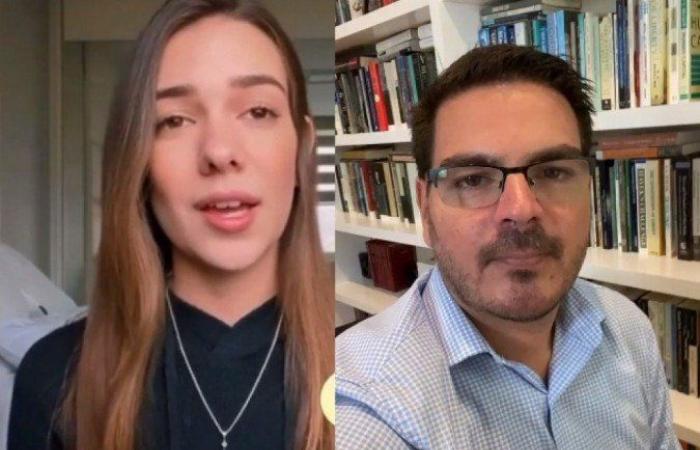 Laura Constantino, Rodrigo Constantino’s daughter, published a video on social media in which she says she was shocked and shaken by the repercussion of her father’s speech about the case of the influencer Mari Ferrer. Rodrigo Constantino’s comment about what happened was made during a live. At the time, the journalist said that if his daughter was raped in circumstances he did not approve of, he would punish her and not report the rapists.

The young woman says she was in doubt whether or not to record a video on the subject, because she does not like to get involved in controversies. However, as she received many messages from friends and strangers, Laura decided to speak up on social media.

“He said that if his daughter, who is me, was raped, that he would not report the crime, that he would punish me. It affected me a lot, because I know my father, I know he is a person who has character, who is against rape, as any person of character is, ”said Laura.

The young woman also says that she is sure that if something similar happened to her, her father would be by her side. “(He) would go after whoever committed this crime, would denounce that person, because any person, any father who has character would do that, a good person would do that”, he added.

Laura ends the video by saying that reading the comments on the internet about her father shook her a lot, and so she decided to comment on the case. “I just needed to say that, because having to read so many people saying that I have a father who is in favor of rape and things like that, because I know he is not that,” said the young woman.

Last Wednesday (4/11), the Jovem Pan chain announced the resignation of the commentator. In a statement, Jovem Pan said it respects freedom of expression, but “strongly disapproves of all content published on personal channels and featured on this live”.

This Thursday (5/11), Rodrigo Constantino was also fired from the Record network. On Twitter, the journalist pointed out that the tactic of taking something that was said and taking it out of context was used, in addition to misrepresenting and spreading the information. He also affirmed that the dismissals were due to the pressure that the advertisers suffered and because they wanted to escape controversies, they asked for the resignation of the “outcast”.

* Trainee under supervision of Vinicius Nader

These were the details of the news Rodrigo Constantino’s daughter comments on father’s comment for this day. We hope that we have succeeded by giving you the full details and information. To follow all our news, you can subscribe to the alerts system or to one of our different systems to provide you with all that is new.