Algeria and the Polisario faced with their responsibilities 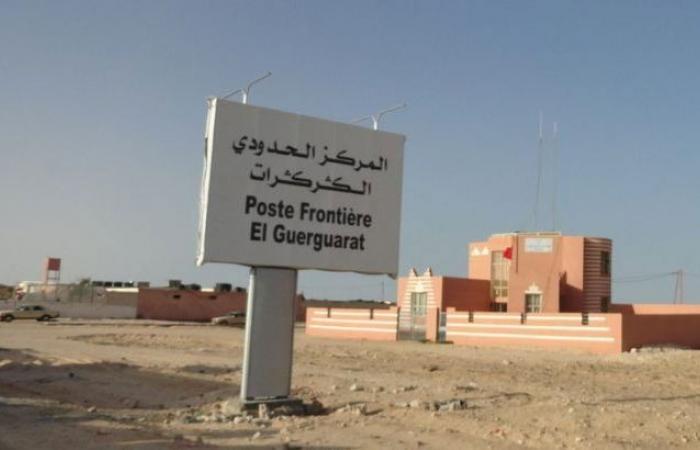 On the eve of the celebration of the anniversary of the glorious Green March, on November 6, 2020, the new UN Security Council resolution 2548 reinforces Morocco’s approach to resolving the Sahara conflict.

Morocco’s umpteenth victory in the Moroccan Sahara issue. The last United Nations Security Council, held on Friday, October 30, 2020 and which decided to extend the mandate of MINURSO for one year, established the preeminence of the Moroccan autonomy initiative to resolve the artificial conflict around the Sahara Moroccan, presented on April 11, 2007.

In its new resolution 2548, the UN body did not fail to congratulate Morocco for its “serious and credible” efforts. A slap in the face for the detractors of the Kingdom and the instigators of the Polisario. Moreover, it is important to note that this new resolution dedicates Algeria as the main party to the regional dispute over the Moroccan Sahara.

“Resolution 2548 brings a message of clarity in the definition of the real parties in this regional dispute, by expressly pointing out the role of Algeria. Thus, Algeria is cited no less than 5 times, while this country was not mentioned at all in the resolutions prior to 2017. The Security Council therefore calls on Algeria to assume a role equal to its political, diplomatic, military and humanitarian involvement in this regional dispute. No political process is possible without the effective and constructive involvement of this country ”, declares Nasser Bourita, Minister of Foreign Affairs, African Cooperation and Moroccans living abroad.

Provocative posturing
The Security Council also underlines the humanitarian responsibility of Algeria, “which has a duty to comply with its international obligations.” The resolution asks Algeria, once again, that the registration of refugees in the Tindouf camps be considered ”, underlines Bourita. The UN Security Council has, on another note, called for the appointment of a new Personal Envoy of the UN Secretary General for the Sahara, and called on all stakeholders to demonstrate political will and to work in an atmosphere conducive to dialogue.

On this aspect, the Security Council expressed its concern at the latest provocative and ridiculous posturing of the Polisario in the buffer zone of Guerguerat. In a firm tone, the Security Council called on the separatist movement to “immediately” cease its acts of destabilization and to respect its commitments and military agreements concluded with MINURSO.

An alert and a clear order from the Security Council which comes after that of the UN Secretary General on October 21, 2020. Through his spokesperson, António Guterres, could not be clearer, to the Polisario not to “hinder civil and commercial traffic in Guerguerat and not to take any action likely to alter the status quo on the ground”.

The new resolution brings a message of consistency in the preservation of the achievements of Morocco, according to Nasser Bourita, namely the Moroccan autonomy initiative as the basis of any political solution, as well as the parameters of realism, pragmatism and compromise that characterize this Moroccan initiative. “Several countries, in particular permanent members of the Security Council, have also reiterated, on the occasion of this resolution, their support for the Moroccan initiative,” said Bourita with satisfaction.

*The article has been translated based on the content of Source link by https://www.maroc-hebdo.press.ma/algerie-polisario-responsabilites
. If there is any problem regarding the content, copyright, please leave a report below the article. We will try to process as quickly as possible to protect the rights of the author. Thank you very much!

These were the details of the news Algeria and the Polisario faced with their responsibilities for this day. We hope that we have succeeded by giving you the full details and information. To follow all our news, you can subscribe to the alerts system or to one of our different systems to provide you with all that is new.