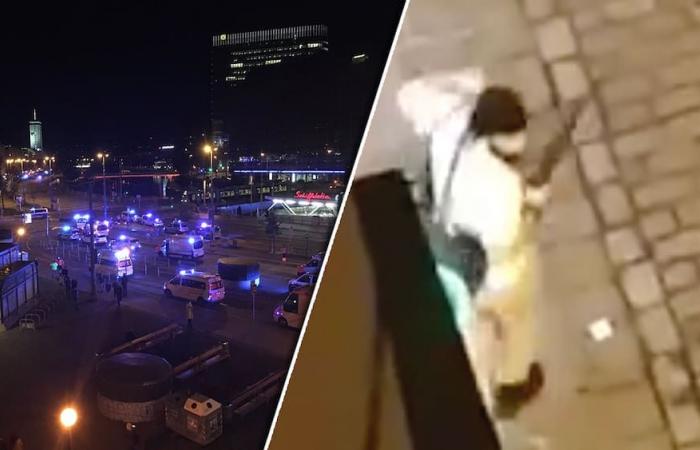 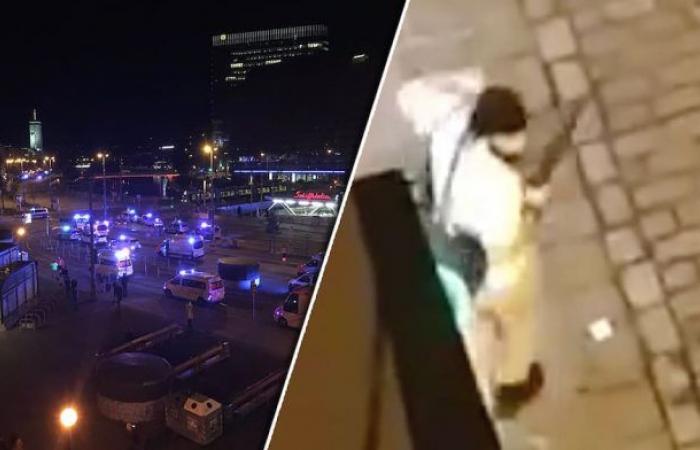 Shots were fired in front of a synagogue in Seitenstettengasse on Schwedenplatz in Vienna. The Interior Ministry says it was either a terrorist attack or a rampage. The Ministry of the Interior asked you to avoid the area around the synagogue.

The police are on site with a large contingent, as she writes on Twitter. According to the Viennese police, there are several injured people. Previously there had been several exchanges of fire. According to “oe24” a police officer is said to be dead. An attacker is said to have blown himself up with an explosives belt.

It is not yet clear whether the synagogue was the target of the attack and how many assassins were responsible.

The internal security of the Israelite religious community in Austria calls on all Jewish citizens not to leave their houses and apartments.

A reporter for the Austrian TV station “puls24” reports that a mass panic broke out when the shots rang out. “The people ran, it was extremely terrifying,” she reports. According to information from the broadcaster, several police officers are said to have been injured. There are said to be several assassins. So far it is not known whether the synagogue was actually the destination. (szm / vof)

*The article has been translated based on the content of Source link by https://www.blick.ch/news/ausland/augenzeugen-berichten-schuesse-vor-wiener-synagoge-grosseinsatz-der-polizei-id16175599.html
. If there is any problem regarding the content, copyright, please leave a report below the article. We will try to process as quickly as possible to protect the rights of the author. Thank you very much!

These were the details of the news Shots in front of the Vienna Synagogue City Temple for this day. We hope that we have succeeded by giving you the full details and information. To follow all our news, you can subscribe to the alerts system or to one of our different systems to provide you with all that is new.