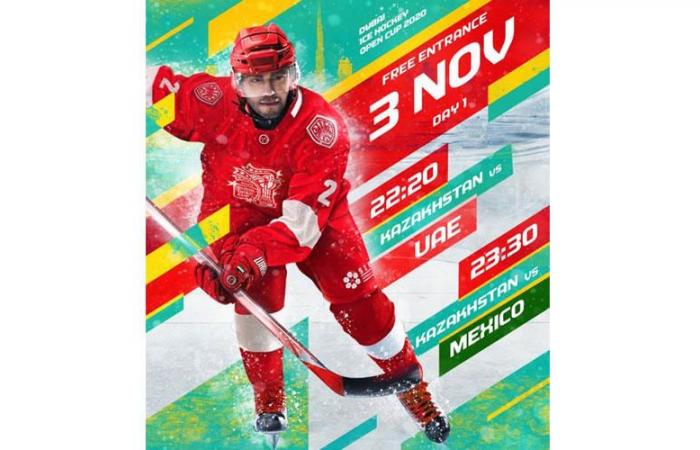 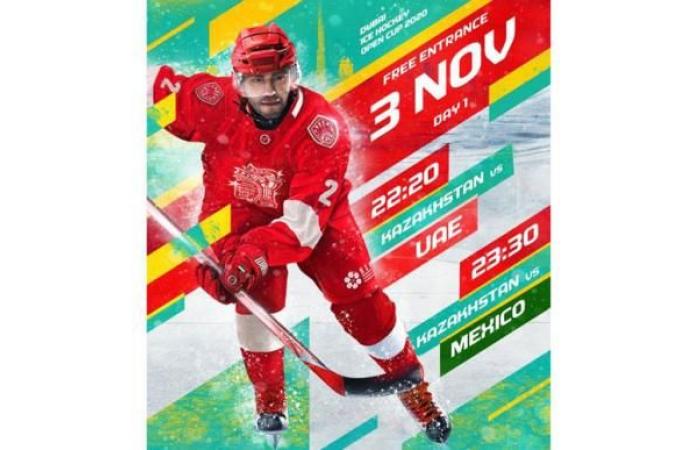 The Dubai International Ice Hockey Open Championship, which is held in the Dubai Mall, for three days, will start on Tuesday. The Abu Dhabi Ice Sports Club will participate in it, representing the UAE national team, as well as teams from Kazakhstan, Ukraine, Mexico and Iran, as well as the Dubai professional team “Stars”.
On the first day of the tournament, the UAE will play Mexico and Ukraine; Where matches are held in a group system.
The Abu Dhabi Ice Sports Club announced its participation in the championship after the approval of the Abu Dhabi Sports Council, which stipulated compliance with the precautionary measures specified in the council’s protocol. To prevent the “Covid-19” virus; Therefore, the club set up a training camp for its players from the team «Storms Abu Dhabi and Themes Al Ain» on Sunday and Monday 1 and 2 of November in the ski hall in Zayed Sports City; In preparation for the tournament.
Hamel Al Qubaisi, Vice President of the Emirates Winter Sports Federation, said: The championship is held annually; In order to provide opportunities for our players to interact with different sports schools; It helps them gain more experiences that qualify them to compete in the upcoming benefits, the most important of which is the World Cup final qualifiers in “Luxembourg” scheduled for April 2021, indicating that the tournament is held under the implementation of all precautionary measures, thanking Abu Dhabi Sports Club Glacier to participate in the championship, representing the Emirates, as well as to support the Dubai Sports Council to establish the championship.
Hamad Al-Sharyani, Executive Director of Abu Dhabi Ice Sports Club, said: “We are keen on the participation of our players in international tournaments, for friction and gaining more experience,” appreciating the continuous support of the Abu Dhabi Sports Council for ice sports, and said: Our participation in the championship is conditional on adhering to the official procedures for entering and leaving the Emirate of Abu Dhabi. And to abide by the safety and preventive measures followed in the club, which were set by the Council’s protocol upon returning training at the beginning of last October With the aim of safety for everyone from the “Covid-19” virus.
Jumaa Al Dhaheri, captain of the UAE national ice hockey team, expressed the players’ happiness with the approval of the Abu Dhabi Ice Sports Club to participate in the championship, and everyone’s appreciation for the support provided by the Abu Dhabi Sports Council for ice hockey, stressing that the return of sports activity and training in the past weeks; I have greatly contributed to raising the technical level and physical fitness of our players, which encouraged them to participate in the tournament.

These were the details of the news Abu Dhabi Ice Sports represents the UAE in the Dubai Ice... for this day. We hope that we have succeeded by giving you the full details and information. To follow all our news, you can subscribe to the alerts system or to one of our different systems to provide you with all that is new.