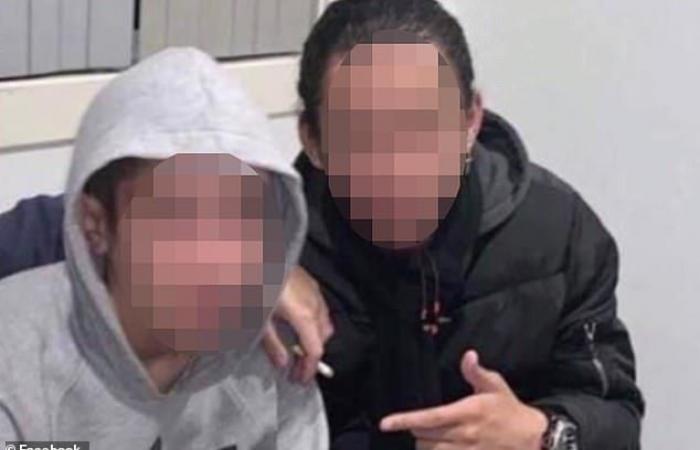 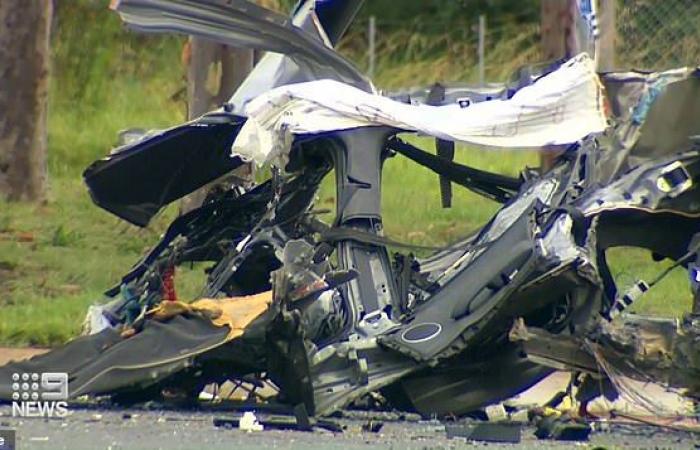 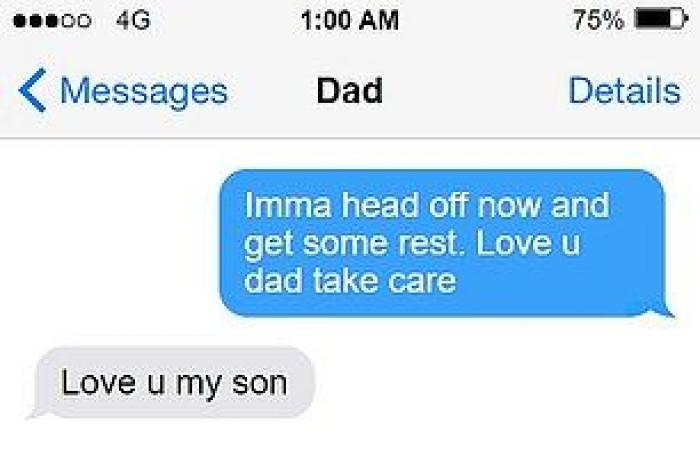 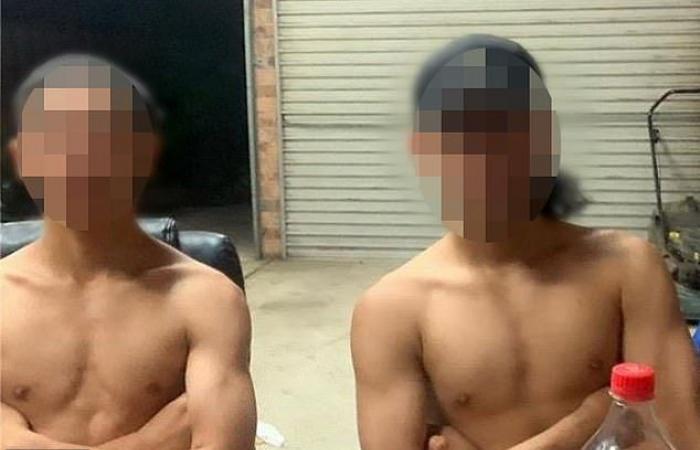 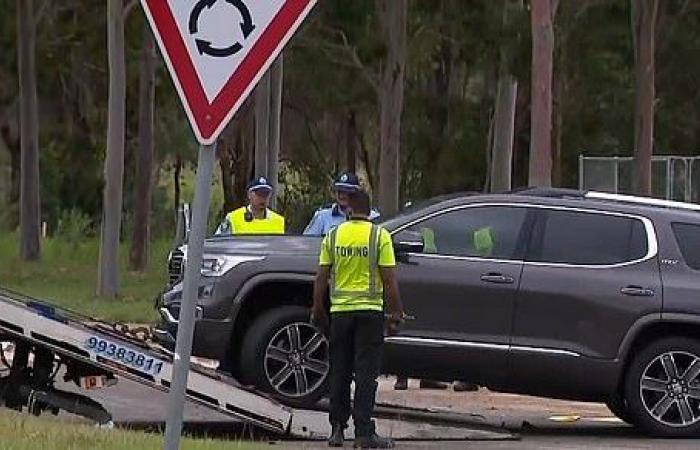 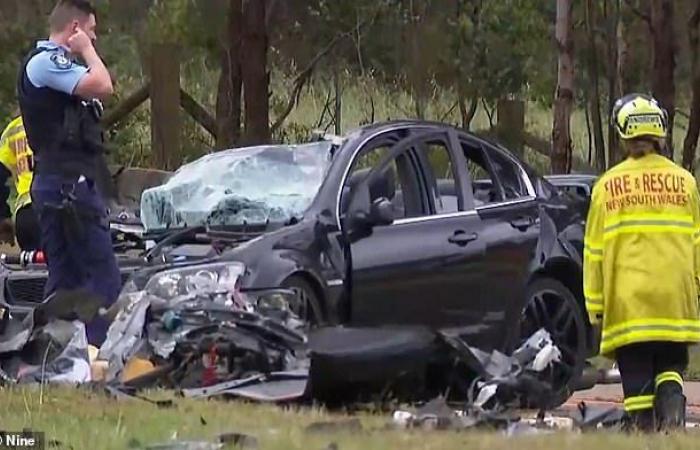 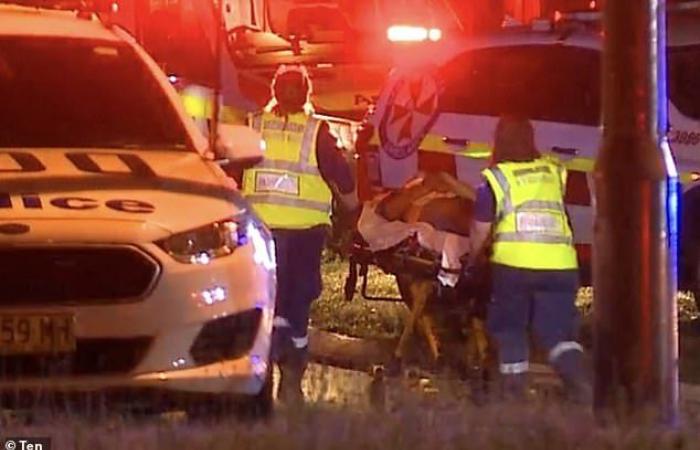 The dejected father of two teenage boys who died when they crashed the car they allegedly stole against a pole has revealed his son’s heartbreaking final message.

The 36-year-old New Zealand father, who cannot be named, said one of his sons only texted him three hours before the crash.

“Imma, get on your way now and rest. Love you, papa, take care of yourself, “was the message.

“Love you, my son,” replied the father from his home in Turangi, New Zealand’s North Island. 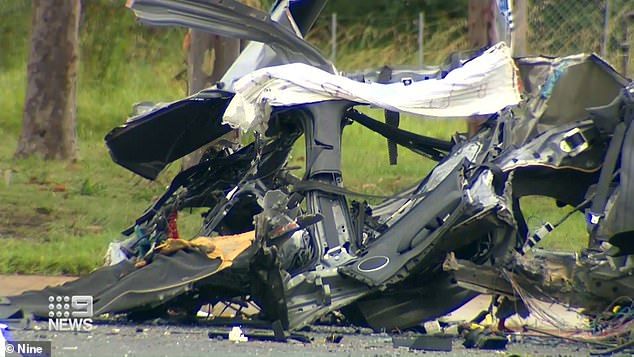 A 17-year-old cousin of the two dead teenagers somehow survived this wreck with non-life threatening injuries. He stayed under police protection at Liverpool Hospital on Monday 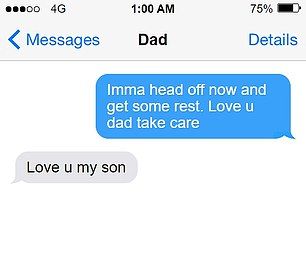 The father shared a screenshot of the exchange on social media (SMS mock).

The father shared a screenshot of the exchange on social media saying he would call his son on Monday.

Tragically, neither of his two teenage sons, aged 15 and 17, would see sunrise on Monday morning.

The brothers were killed when the stolen car they were traveling in left the wet and slippery road and slammed into a power pole at a roundabout in Abbotsbury, Sydney at around 4:20 on Sunday.

Her 17-year-old cousin was injured in the crash and reportedly remained under police protection at Liverpool Hospital on Monday. 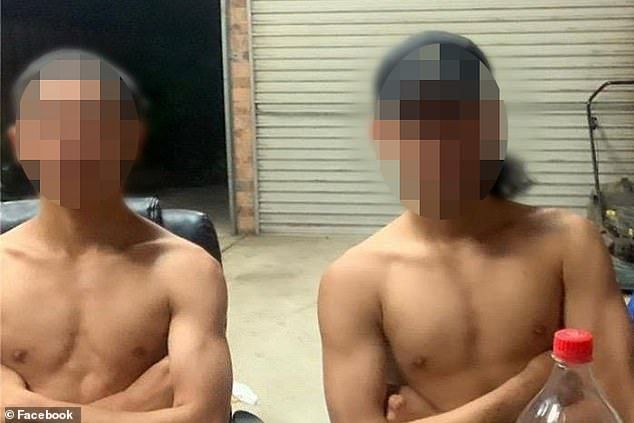 The two teenagers’ friends and family are heartbroken and amassed flowers, candles, cards and memories when they polled the power that drove them to death on Sunday

The police confiscated this Holden Acadia SUV. Police will claim that the driver followed the teenagers at high speed up to 20 km before the accident

His injuries are not life threatening and he hadn’t been charged with any crime until Monday night.

The father of the dead boy is now trying to book a flight to Sydney to say goodbye to his sons.

“I loved them, they were my sons. I miss her, but I’ll be there soon to see her, ”he told the Daily Telegraph.

The boys’ mother also used social media to share her heartbreak and said, “I love you forever, my boys will see you in the morning. Always love mom. ‚

Emotional tributes to candles with the initials “T” and “C” by the dead boys have now replaced the destroyed wreckage on Cowpasture Road and the Horsley Drive roundabout.

The friend of the 15-year-old teenager put flowers in tears on the Monday before going to school.

The flowers followed the cards and soft toys that sat sadly on the power pole.

An 18-year-old man, who told ABC that he had played rugby with the 17-year-old teenager, tearfully put his cap on the foot of the pole. 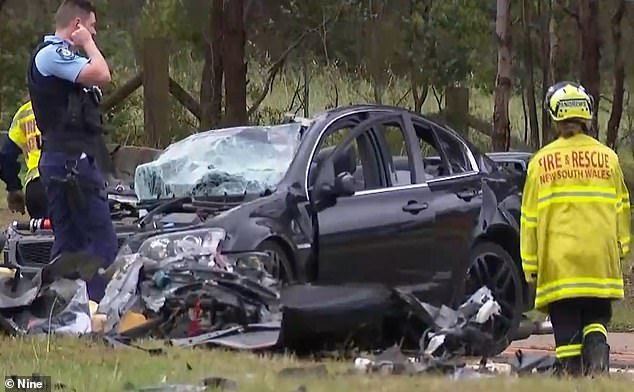 The crash scene later on Sunday morning: Emotional tributes to candles etched with the dead boys’ initials from ‘T’ and ‘C’ have now replaced the destroyed wreckage on Cowpasture Road and the Horsley Drive roundabout 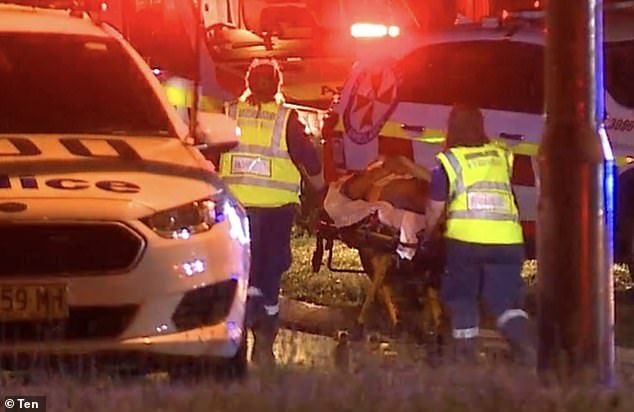 Police at the scene in the early hours of Sunday morning

The three boys are accused of stealing the Holden Commodore SS with its distinctive license plate “LMTLE5” in front of the house of the used car dealer Mazen Kabbara in Edmondson Park.

Kabbara, 37, reportedly chased the teenagers for 20 km at high speed in a Holden Acadia SUV that was seized by police.

Despite media reports, Daily Mail Australia believes that Mr. Kabbara is not the registered owner of the Holden Commodore SS.

He was given bail to appear in Liverpool District Court on November 25th.

A man who worked across from Kabbara’s old car dealership in Sydney’s southwestern suburb of Lansvale said he was a “top guy” who fell victim to a bad situation that “could happen to anyone.”

“I know him firsthand and he wouldn’t hurt a fly, and that’s a tragedy,” the man told the Daily Telegraph.

Victims of crime attorney Howard Brown said the police frequently abandon the chase because of the threat of a high-speed chase to the community, where drivers could meet innocent bystanders.

These were the details of the news The father of teenagers who died when the car they stole... for this day. We hope that we have succeeded by giving you the full details and information. To follow all our news, you can subscribe to the alerts system or to one of our different systems to provide you with all that is new.