Drug cartels: the mystery of the remains of 59 people discovered... 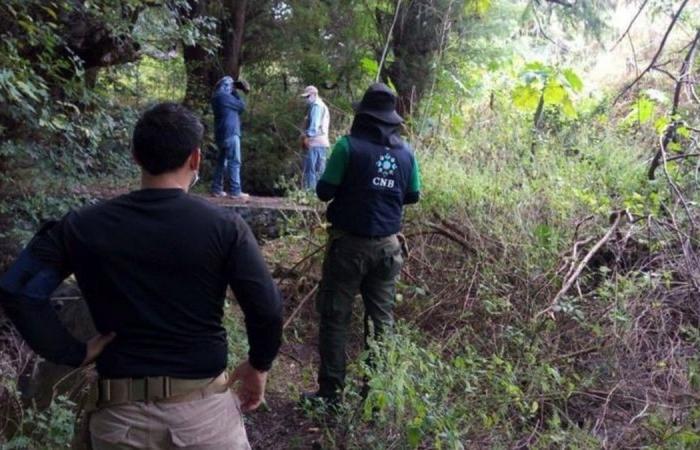 Mexico announced at the end of October one of the biggest discoveries of bodies buried in clandestine tombs in the country, more specifically in Guanajuato, the most violent Mexican state.

The head of the National People Search Commission (CNBP), Karla Quintana Osuna, said the remains of 59 people were found in several ditches in the municipality of Salvatierra. New discoveries are not ruled out.

“We have even more possible points with which we will continue to work here until we finish the job (…). We will locate all the girls and boys we miss,” she told reporters.

According to Osuna, preliminary information indicates that most of the corpses are men, and at least ten are women.

The remains have not yet been identified. There is, to date, no information on how and when they were buried there.

The search began on October 20 after authorities received reports of family members of the missing, reporting on the area where they could be buried.

Three suspects were arrested on charges of link to disappearances in the region, but the relationship between them and the bodies found remains unclear.

“This is definitely the biggest (discovery) since the creation of the commission in the state,” said the head of the State Commission for Searches, Héctor Díaz Esquerra.

Guanajuato is the most violent state in Mexico since 2018, mainly due to the bloody confrontation between the Jalisco Nueva Generación cartel and the Santa Rosa de Lima cartel, whose leader José Antonio Yépez, el Marro, was arrested in August.

In the first nine months of this year, 3,438 people died from intentional homicides, a figure far higher than the state of Baja California, which recorded 2,179 murders and ranks second in the most recent report by the Mexican Ministry of Security.

At the time, Segob’s Undersecretary of Human Rights, Alejandro Encinas, said that Mexico has become “a huge clandestine grave”. The problem is aggravated because, according to official data, police investigations in Mexico can only pinpoint the authorship of 5 out of 100 murders.

The National People Search Commission pointed out in October that Guanajuato is the second state with the largest number of missing persons (1,216), behind Jalisco.

In late September, also in Guanajuato, 17 plastic bags with human remains were found in the municipality of Irapuato.

These were the details of the news Drug cartels: the mystery of the remains of 59 people discovered... for this day. We hope that we have succeeded by giving you the full details and information. To follow all our news, you can subscribe to the alerts system or to one of our different systems to provide you with all that is new.