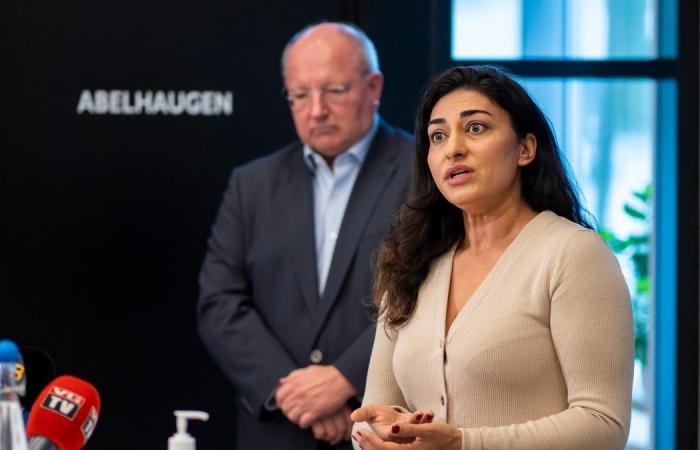 – After thorough investigations, it is well documented that the foundation has had poor financial management and that there have been systematic violations of the guidelines that exist, says IMDi director, Libe Rieber-Mohn to NRK.

IMDi’s decision means that the foundation will not be paid NOK 3,000,000 in the second term.

On 11 August, IMDi received a notice relating to several matters concerning the Foundation Born Free. On the basis of the notification, investigations were initiated with emphasis on the foundation’s financial management.

EY concluded that the foundation lacked good financial management and that parts of the grant had not been used in line with the purpose.

NRK has been in contact with Rehman, who says that she herself has just received the decision from IMDi and has not had time to familiarize herself with the decision yet.

She responds by sending her conclusion to Born Free “at the same time as to the press”.

Born Free has previously rejected criticism of poor financial management and demands that all financial support for 2020 be paid out.

In a reply on 6 October, the foundation asked IMDi to reverse the decision.

A reply states that “the decision to withhold budget funds is incorrect”, and that “the allocated public funds have been included in the relationship”.

– We do not recognize ourselves in the description we are given. We have delivered and received good feedback from IMDi in the three years we have been in business, said Født Fris’ chairman Jan Asker during a press conference last month.

– Has had many opportunities

Born Free has also criticized IMDi for the case processing – that there has not been enough time to give thorough answers and that the foundation has not been given “sufficient insight into the notice and EY’s mandate”.

She says that IMDi and Født Fri agreed when EY was engaged that an investigation should be thorough, but also short-lived.

– Why has IMDi not spoken in the debate on this issue before?

– We have been in an internal process where it is not natural to go public controversy with a voluntary foundation, says Rieber-Mohn.

– Why has it not been natural?

– Because the Public Administration Act sets clear provisions for how to handle such types of cases.

On 22 September, IMDi announced that the operating grant for the second term of 2020 was considered withheld. Born Fri was given a response deadline two weeks later and submitted his response on 6 October. IMDi has now completed its case processing and decided to withhold support for the second term.

– There is a lot of competition for resources in the field of volunteering, therefore it is important that organizations that receive support use community funds in line with the purpose and have good financial management. When an organization that has received 14 million from the state budget does not follow the guidelines, it must have consequences, says Rieber-Mohn.

The Ministry of Education and Research also announced in the wake of the investigation that the government will not continue the support for Born Free in 2021.

– The decision is based on a clear recommendation from IMDi. It came on the basis of an external report which shows that the financial management in the organization has not been satisfactory and in accordance with the authorities’ requirements for good financial management, said State Secretary in the Ministry of Education, Grunde Almeland (V), in October.

These were the details of the news IMDi stops payment of financial support to the foundation Born Free... for this day. We hope that we have succeeded by giving you the full details and information. To follow all our news, you can subscribe to the alerts system or to one of our different systems to provide you with all that is new.