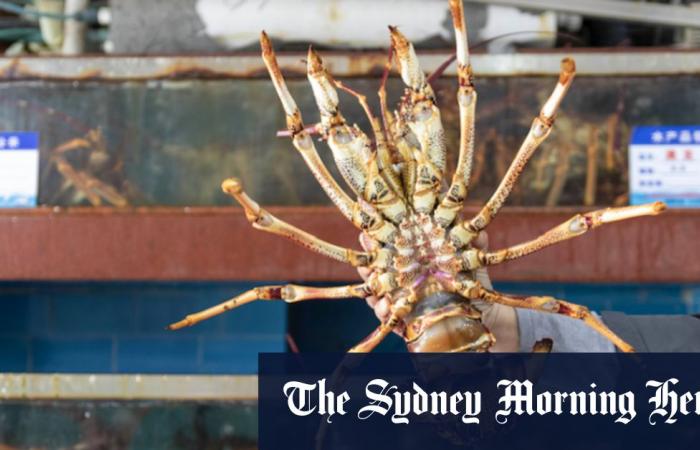 A Chinese customs notice released on Friday, the day the lobsters were held up, shows officials discovered a bark beetle – the eastern five-thorn engraver – on Queensland logs going to Chinese customers. Sources from the logging industry in Australia and China confirmed that they faced obstacles in getting their product to China. The beetle, which can kill native trees, was also reportedly found in barley exports from Emerald Grain Australia.

“Customs are suspending the acceptance of the Australian Queensland Protocols and the barley declarations from Emerald Grain Australia for shipments after October 31, 2020,” the statement said.

Timber importer Wu Jun of Shanghai Guangyou Wood in Taichang said the exporters would be responsible for fumigating the wood to eradicate the pests.

“When insects are discovered in multiple batches, they import wood into ports in different cities, such as [customs] Warning is given, “he said.

Australian exporters to China who did not want to be identified said they were concerned about a combination of political tensions and the Chinese government’s urge to shore up local industries may be behind the customs notice.

The Australian government and its counterparts in China have protested against other exports that the authorities are targeting without explanation.

Agriculture Secretary David Littleproud said Monday the government had serious concerns that the lobsters could be used for increased customs clearance, as authorities said they would need to test them for metal content.

“They’re effectively saying that they want to test up to 50 percent of the lobsters that are heavy metals,” he said. “Now we are clearly denying that there is already provision in Australia for testing to ensure that the product we send is of the highest class in the world.”

The government is concerned that any further delay would send a signal to the Australian lobster fishermen to stop fishing. Australian industry is heavily dependent on China. More than 94 percent of Australia’s $ 752 million US lobster exports go there in 2018-19.

Trade Minister Simon Birmingham said Monday that the Chinese authorities and Australian industry had “done a good deal of cooperation” to solve the lobster impasse. However, he urged Australian exporters to diversify their trading networks in order to minimize market risk.

“In a broader sense, there have been a number of disruptions in Australia’s trade with China this year,” he said. “They have been well captured and well documented, and the risk factor seems to have changed due to some unpredictable administrative decisions made at the Chinese end.”

At the Beijing Jingshen Seafood Market on Monday, a fish shop owner said Australian lobsters are currently not selling well despite their superior quality. He said the price had increased 40 percent in the past two months due to transportation difficulties.

“We have never heard of Boston lobsters or king crabs from Canada that have been subjected to such a delay,” said the shopkeeper, who asked not to be identified because trade tensions are politically sensitive.

“Although neither of us is stopped, we are still reluctant to import Australian lobsters. Relations between China and Australia have not been good in recent years. It makes sense that the Chinese customs strictly follow the quarantine control procedures for goods from an unfriendly country while taking out a relaxed and quick approach to the friendly. ”

Our weekly newsletter provides US correspondent Matthew Knott with an expert analysis of the race for the White House. Coming soon. Sign up now for The morning in Sydney Herold‘s newsletter here, Ageis here, Brisbane Times, here and todayis here

Benjamin is the regional editor for The Age. Previously, he was a reporter for State Rounds and has also covered education for The Age.

These were the details of the news Australia and China argue over blocking lobsters while Chinese officials target... for this day. We hope that we have succeeded by giving you the full details and information. To follow all our news, you can subscribe to the alerts system or to one of our different systems to provide you with all that is new.