Horror night in Quebec: his desire to kill was known 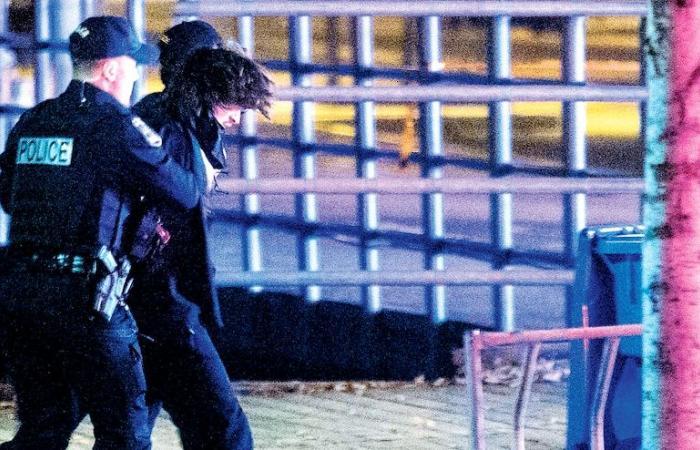 The 24-year-old man accused of carrying out the bloody Japanese saber attack in the streets of Old Quebec on Saturday night had known mental health issues. He had already told a doctor about his desire to kill.

• Read also: Horror night in Quebec: everything you need to know right now

• Read also: Horror in Quebec: “Words fail me to describe such a tragedy”, declares François Legault

Armed with a katana-style sword, Carl Girouard coldly murdered two citizens of Quebec, in addition to wounding five others in the heart of the historic district.

This murderous madness, the young man had been maturing for several years.

In 2014, he had verbalized his desire to kill people in a medical context.

Carl Girouard’s apartment was raided in Sainte-Thérèse, on the North Shore of Montreal. Heavily armed police participated in the operation.

This information, first revealed by our Investigation Office, was confirmed by the head of the Quebec City Police Department (SPVQ), Robert Pigeon.

Although the suspect appears to have chosen his victims at random, the act was “premeditated” and the intention was to kill as many victims as possible, said Chief Pigeon.

The suspect was arrested overnight from Saturday to Sunday by the Quebec police.

“I am looking for an attending physician,” said his lawyer, Benoît Labrecque, speaking to the judge of the Court of Quebec, Michel Boudreault.

Long hair and dressed in a polo shirt and a mask that covered his face, Girouard did not utter a single word during his very short appearance by video conference at the Quebec City courthouse.

A publication ban was filed to protect the identity of the injured.

No request for a psychiatric assessment was made. The file was postponed to Thursday.

According to our information, Girouard was also not very talkative during his questioning at the police station in Quebec, where he was accompanied by a psychologist. The young man has no criminal history.

His mother, who lives in Sainte-Marthe-sur-le-Lac, in the Laurentians, briefly confided to the Journal being “in shock” and experiencing “trauma”.

The suspect’s family residence in Sainte-Marthe-sur-le-Lac, in the Laurentians.

“It’s good people. It’s appalling, what happens, ”said a neighbor who preferred not to reveal her identity.

Girouard had been living in an apartment on Place Brosseau, in Sainte-Thérèse, on the North Shore of Montreal since March.

The alleged murderer led a quiet life. He is an energetic young man, according to acquaintances, but who has few friends.

There is also little information about him on social media. A real ghost.

Throughout the day, the police from the Sûreté du Québec (SQ) searched his apartment for evidence.

According to the concierge of the building where Girouard lived, the suspect did not seem particularly affected by mental health problems. She described him as a “polite” and “kind” young man.

Do you have information on the terrible attack that took place in Quebec City during the night from Saturday to Sunday?

These were the details of the news Horror night in Quebec: his desire to kill was known for this day. We hope that we have succeeded by giving you the full details and information. To follow all our news, you can subscribe to the alerts system or to one of our different systems to provide you with all that is new.