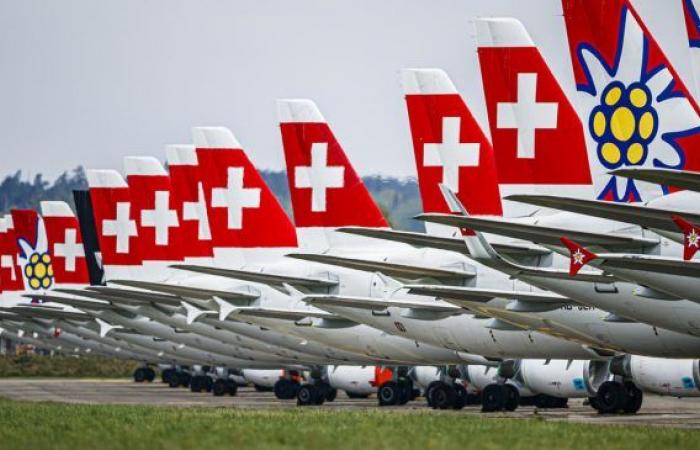 Historical union in the ecosystem of Swiss air traffic controllers. The four unions in the sector have joined forces in a single entity. Called HelvetiCA, it should make it possible to better defend the working conditions of controllers vis-à-vis their employer, Skyguide, a company in charge of air navigation services which belongs almost exclusively to the Confederation.

Aerocontrol, Skycontrol, APTC and PVB coexisted until now by defending different controllers. The first represented staff at Zurich Airport and at the Wangen Control Center near Dübendorf (control towers supervise planes that land and take off where control centers take care of those passing through their space. air). Skycontrol defends the workforce at the Cointrin center, and the towers of Bern, Lugano and Granges (SO) in particular, APTC deals with employees of the tower of Geneva. PVB, finally, defends military air traffic controllers.

These entities, which have 530 members, have not always been united. During the summer of 2018, Skycontrol had thus threat to strike at Cointrin, and to block traffic. The action was not supported by other unions and a walkout was avoided.

Discussed for over a year, the creation of HelvetiCA has nothing to do with the crisis linked to the pandemic. A new collective labor agreement, the penal protection of controllers and the age of their retirement are among the sensitive subjects in the sector.

The pandemic is complicating the task, while this summer the Federal Council granted Skyguide aid of up to 400 million francs subject to conditions. Bern intends that the retirement age of controllers will be reduced from 56 to a minimum of 60, which the union refuses, and budget cuts of up to 100 million francs by 2024.

“We are against all forms of redundancies, on the other hand we are ready to accept salary cuts, up to a certain point”, indicates Benjamin Fichtner, president of HelvetiCA. In Switzerland, inspectors earn between 70,000 and 170,000 francs per year.

Since the start of the pandemic, air traffic in Switzerland has drastically reduced, causing Skyguide’s activities to fall. Last month, some 1,500 line take-offs were recorded at Cointrin, compared to more than 6,200 in October 2019.

*The article has been translated based on the content of Source link by https://www.letemps.ch/economie/un-nouveau-syndicat-controleurs-aeriens
. If there is any problem regarding the content, copyright, please leave a report below the article. We will try to process as quickly as possible to protect the rights of the author. Thank you very much!

These were the details of the news A new union for air traffic controllers for this day. We hope that we have succeeded by giving you the full details and information. To follow all our news, you can subscribe to the alerts system or to one of our different systems to provide you with all that is new.