Seidane Ag Hitta, the rise of the alleged sponsor 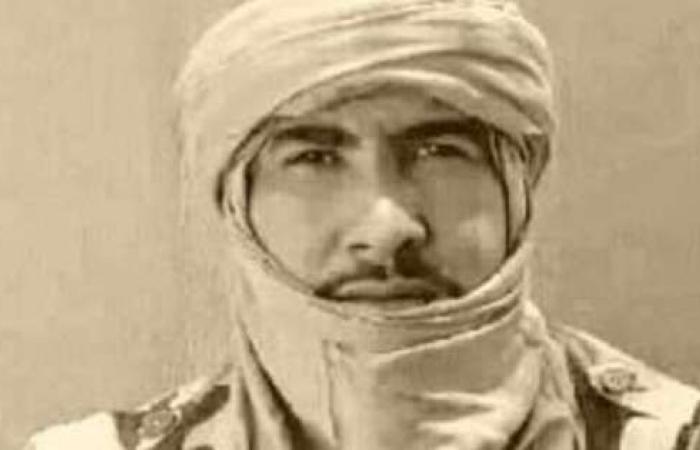 © DR
Seidane Ag Hitta, the alleged sponsor of the kidnapping and then the assassination of Ghislaine Dupont and Claude Verlon, has become an important jihadist leader.

It has been just seven years, this November 2, that our colleagues from RFI Ghislaine Dupont and Claude Verlon were assassinated in Kidal, while they were reporting in this town in northern Mali. Kidnapped and then murdered in the wake, an act claimed by al-Qaida in the Islamic Maghreb. Its alleged sponsor, Seidane Ag Hitta, is well known to Western and regional intelligence services, members of armed groups in northern Mali and all military analysts and researchers specializing in the area. By cross-checking information from sources from all these backgrounds, RFI has reconstructed its history.

In the jihadist milieu, Seidane Ag Hitta calls himself Abou Abdel Hamid Al Kidali or Al Qaïrawani. On the few pictures we know of him, he wears a trellis, a sand-colored scarf and a thin mustache.

A former head sergeant of the Malian National Guard, he deserted in 2006 to join a Tuareg revolt. At that time, he was already fighting under the orders of Iyad Ag Ghali. Just like him, he will pass from the ranks of independence to those of jihadist terrorists …

In the early 2010s, he became an al-Qaida fighter in the Islamic Maghreb. Its area of ​​action: the region of Kidal, from the town of Kidal itself to Tessalit, and up to the border with Algeria, on the side of Boughessa, in Mali and Tinzawatène, in Algeria.

He was, for a time, a member of the katiba Al-Ansar, led by Abdekrim al-Targui and involved in the kidnapping of Western hostages including Michel Germaneau, Philippe Verdon or Serge Lazarevic.

Seidane Ag Hitta then created, in December 2012, his own katiba, Youssef Bin Tachfin, while maintaining close ties with his former chief. The assassination of Ghislaine Dupont and Claude Verlon was thus claimed by Al Targui but Seidane Ag Hitta would, in fact, be the sponsor. These are members of his katiba who made up the commando which kidnapped and then murdered them.

Last year, in an audio message, he confirmed the death of one of the leaders of AQIM killed by the French army and specifically threatened a Malian official, accused of collaborating with the French.

Seidane Ag Hitta also remained close to Iyad Ag Ghali, who became emir of Ansar Dine and then of GSIM, the Support Group for Islam and Muslims, linked to al-Qaida.

In fact, last month, it was he, Seidane Ag Hitta, who led the negotiations, on the jihadist side, which resulted in the release of four hostages including the Malian opposition leader, Soumaïla Cissé and the French humanitarian Sophie Pétronin, in exchange for more than 200 AQIM fighters until then detained in Malian prisons.

According to the sources, Seidane Ag Hitta is today the number 2 of the GSIM or perhaps its military commander for the Kidal region, or a direct deputy of Iyad Ag Ghaly.

Whatever his exact position in the jihadist organization chart, it is now clear that Seidane Ag Hitta is ” mounted in rank », In the words of a military analyst, and that he is today a leading cadre of al-Qaida in the Islamic Maghreb.

These were the details of the news Seidane Ag Hitta, the rise of the alleged sponsor for this day. We hope that we have succeeded by giving you the full details and information. To follow all our news, you can subscribe to the alerts system or to one of our different systems to provide you with all that is new.