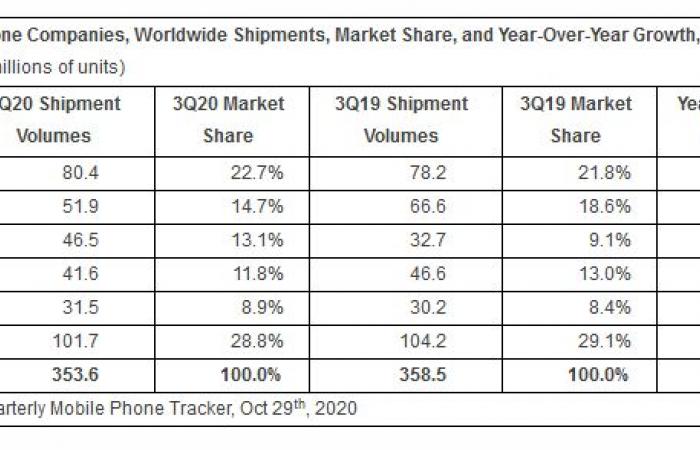 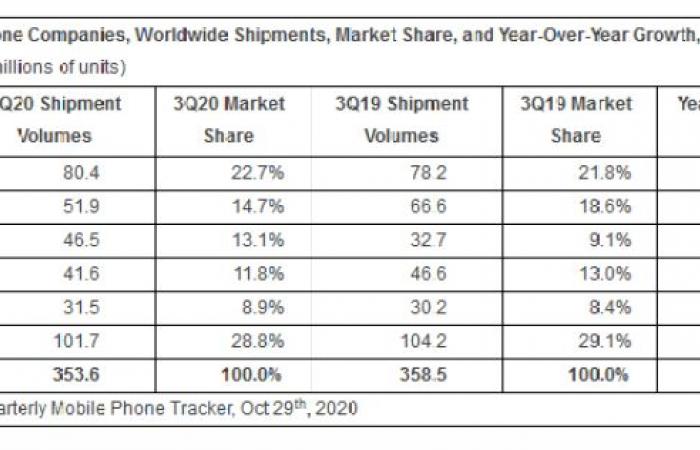 Samsung re-ranked first in the world in smart phone sales during the third quarter of this year 2020 after losing the lead during the last period in favor of Chinese Huawei.

The lead came according to the statistics of the market analysis companies IDC And Counterpoint Following the investigation of the Korean company, A.The highest quarterly earnings ever During the last three months ending on September 30.

Huawei had become the first in global smartphone sales nearly three months ago, taking advantage of the strong sales it generated in its homeland of China, despite the Corona pandemic.

But phone shipments from the Chinese company witnessed a quarterly decline of 7% and an annual decrease of 24%, according to a Counterpoint report, which indicated that Samsung phone shipments increased by 47% during the current quarter compared to the last quarter.

In the same context of competition, Xiaomi rose to third place, beating the American Apple for the first time in several years. His understanding is to wait for the public to launch the iPhone 12.

The fifth, sixth and seventh place in phone shipments went to BBK and its brands OPPO, Vivo and Realme, with comparable sales rates between each of them. Its combined sales are close to Samsung’s top list.

These were the details of the news Samsung is at the forefront of smartphone sales, and Xiaomi beats... for this day. We hope that we have succeeded by giving you the full details and information. To follow all our news, you can subscribe to the alerts system or to one of our different systems to provide you with all that is new.