Germany refuses to turn one eye on China and joins forces... 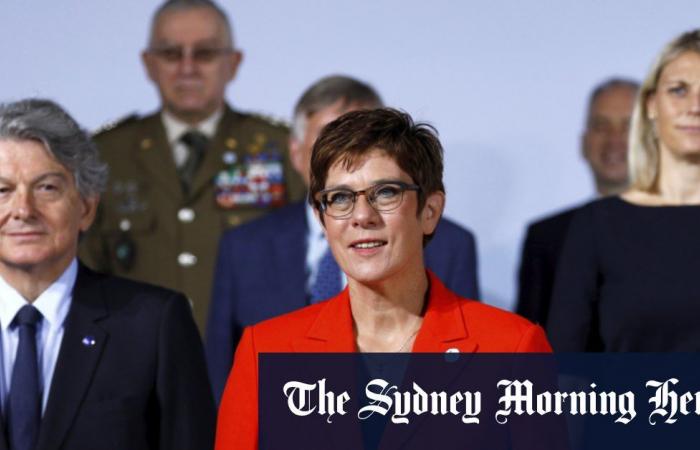 “China is an important trading partner for Germany and we have strong economic relationships that are in the interests of both sides,” she said.

“At the same time, unequal investment conditions, aggressive appropriation of intellectual property, state-subsidized distortions of competition or attempts to exert influence through loans and investments are not ignored.”

In 2018, the 58-year-old became General Secretary of the Christian Democratic Union, Germany’s largest political party. She was then touted as the successor to Chancellor Angela Merkel. In February, however, she announced that she would not run for Chancellor in the expected elections in 2021 and would give up the party leadership.

Kramp-Karrenbauer is the first German minister to publicly confirm that restrictions by the Chinese telecommunications giant Huawei would effectively exclude the company from the German 5G network.

“Germany is fundamentally open to investments from all sides. But if the technology we are being offered is not blameless, it cannot be used, ”she said.

“The political consequences would simply be too serious. China is a country that understands the political dimension of IT networks and data flows very well. I am sure that our colleagues in Beijing understand that we Europeans can only operate technologies that we trust. ”

Australia became the first western country to ban Huawei in 2018 due to national security concerns. The United States and Britain have since followed suit.

Kramp-Karrenbauer will speak with Australian Defense Minister Linda Reynolds at a virtual event hosted by the Australian Strategic Policy Institute on Thursday evening.

She said a German naval presence in the Indo-Pacific would help protect the rules-based international order. The region stretches from the Indian Ocean to the Coral Sea and includes India, China, Japan and Australia.

“We hope we can be deployed next year,” she said. “We will be spending more on defense in 2021 than we will in 2020, even though we do [coronavirus] hit our budget. Now the task is to translate this into real muscles. ”

Kramp-Karrenbauer would not specifically elaborate on whether the frigate would conduct navigational freedom exercises in the South China Sea, where China has made territorial claims that are being contested by countries across Asia, the European Union, Australia and the United States.

“In view of the increasing security challenges in the Indo-Pacific region, it is my goal to intensify our bilateral and multilateral cooperation. This could include, for example, the embarkation of German officers in units of the Australian Navy – a project that is currently being negotiated speak, “she said.

Germany is working within NATO to develop relations with like-minded countries such as Australia in the Indo-Pacific, confirmed Kramp-Karrenbauer. Historically, 30 North American and European countries were involved in the alliance.

“We share the same values, principles and interests. As a result, we stand together against those who challenge us, ”she said.

“I am convinced that territorial disputes, violations of international law and China’s ambitions for global supremacy can only be tackled multilaterally.”

Kramp-Karrenbauerare’s comments are the most direct of a German and European minister on China. China is Germany’s largest trading partner and Germany has historically opted for a more cautious foreign and defense policy since World War II.

Europe is also increasingly concerned about the future of Taiwan after Beijing imposed new national security laws on Hong Kong, increased its cross-strait military presence, and released a stream of propaganda videos preparing the Chinese public for a possible invasion.

The Chinese Communist Party reintroduced the word “peaceful” in its desire to unite with Taiwan as part of its five-year plan last week after leaving it out in May.

“Anything outside of a peaceful solution to cross-strait problems would be viewed as a grave failure of statecraft,” said Ms. Kramp-Karrenbauer. “A purely military logic in this confrontation would only produce losers.”

The defense minister, who was a member of the German Bundestag for nearly two decades and head of her country in Saarland between 2011 and 2018, said that China’s recent measures, instead of increasing pressure from the United States, have triggered a “rethink”.

“What will be decisive, regardless of the outcome of the [Wednesday AEDT] The US presidential election is about whether the West can be more unified in dealing with Beijing, “she said.

“We have always had our tiffs across the Atlantic. That won’t change. The bottom line is that we get big things right. China is great things. ”

Latika Bourke is a journalist for The Sydney Morning Herald and The Age in London.

These were the details of the news Germany refuses to turn one eye on China and joins forces... for this day. We hope that we have succeeded by giving you the full details and information. To follow all our news, you can subscribe to the alerts system or to one of our different systems to provide you with all that is new.