The weekend that made the Democrats tremble 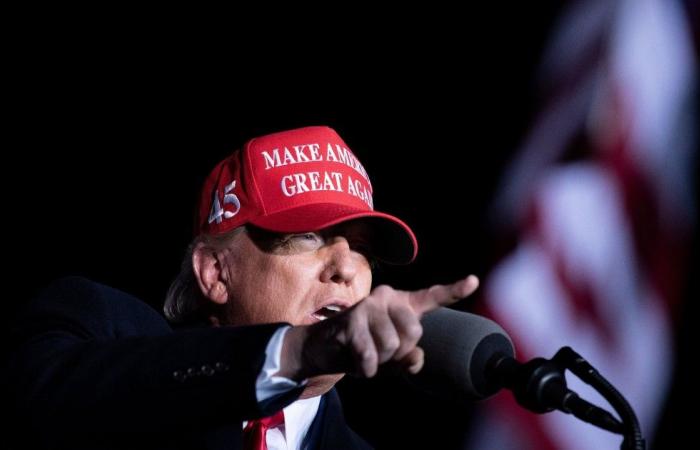 OPA-LOCKA, FLORIDA (Dagbladet): The United States stands on its head the day before election day. Donald Trump gathers thousands here just outside the metropolis Miami in the early hours of Norwegian time on Monday.

It is the last sprint for the candidates today.

Joe Biden has a solid advantage over Donald Trump in the polls. If you go down in each important swing state, he is a big favorite to win the presidential election on Tuesday.

His lead is greater than that of Clinton in 2016, and has been stable for a long time. This does not mean that anything has been decided yet, and the fear of the Democrats is a similar scenario as in 2016.

First and foremost, it was the polls that at the time underestimated Trump. If you compare the election result against the average of the polls, Trump did 4.8 percentage points better in the actual election in 2016, according to FiveThirtyEight.

An even bigger miss is needed in the opinion polls in 2016 for him to have a chance this year. This is happening at a time when most polling institutes are far more conscious of picking up the Trump voters they did not get four years ago.

It happens after the vast majority have come up with their latest polls in this election campaign over the weekend.

Trump’s recipe for success in the last period of the election campaign – including the definite impetus we are now in – was, among other things, his large mobilization of party-independent voters.

The United States has in recent days been bombarded with polls from TV channels, newspapers, universities and polling institutes. One of these Trafalgar, Trump consistently gives higher numbers in the polls than other institutes. They give him leadership in key states such as Pennsylvania, Michigan and Florida – contrary to the average of the polls.

The institute believes they have far better methods of capturing “the shy Trump” voters. However, the methods are slaughtered by FiveThirtyEight founder and poll guru Nate Silver.

One poll this weekend gave many Democrats and Biden supporters a cold goosebumps. Then came the respected local newspaper Des Moines Register in Iowa with a poll that showed a large Trump leadership. The poll showed a seven percentage point lead for the president and that he had taken a big hit from the independent voters.

At the same time, Iowa is a state Donald Trump won by as much as 9.6 percentage points against Hillary Clinton, and Biden thus “should not be able to compete in”. It has happened, however, and the latest poll is far from devastating for Biden.

However, it is developments here in Florida and in Pennsylvania that have made Democrats most worried in recent days. We are talking about a total of 49 voters that Trump depends on to win.

Looting and the countryside

According to the Washington Post, Democrats’ self-esteem has been eroded in recent weeks with clear signs of a more even election in the state, making the party anxious for Trump’s victory.

Avisa points to the recent violence and looting in Philadelphia after the police shooting of Walter Wallace. They fear it could help for law and order candidate Trump.

They also fear that rural voters will turn up in large numbers for Donald Trump in recent days and that lower-than-expected support among Democrats could be devastating.

Another major fear is Biden’s mixed message about the controversial fracking oil extraction method, which is strong in Pennsylvania.

The newspaper was present at a Donald Trump public meeting in Reading, Pennsylvania, on Saturday. There he reached out to the violence and looting in Philadelphia and Biden’s statements about fracking to the great enthusiasm of the many thousands present.

The fact that Trump went thousands to four such rallies in Pennsylvania just Saturday creates fear among Democrats. On the last day of the election campaign, Monday, he also travels to Biden’s hometown of Scranton. Trump won the state by less than one percentage point four years ago.

But even here in Florida, the concern among Democrats is great. Donald Trump has Sunday’s last public meeting, where he is on stage in Opa-Locka about 20 minutes drive from the center of the metropolis Miami.

Especially in Miami, the Democrats are now around with the alarm bells, according to Politico. The website writes that no Democrat can win the state without a large turnout and a big victory in the big city.

The party fears that young and less loyal democratic voters will abstain from voting. A number of party members believe that the Biden campaign’s decision not to knock on doors in the state can be decisive.

Republicans have also challenged the legitimacy of a number of advance and postal votes in several states, and have initiated lawsuits to invalidate several of the ballots.

Over 93 million people have already voted in advance. Almost 60 million of them are postal votes. In the states that report party affiliation – where 45 million have now voted in advance. 45 percent of those who have voted for Democrats, 30 percent are Republicans.

Trump threatens to declare himself the winner long before the election result is ready on Tuesday night US time, advisers say according to Axios. Trump himself denies it.

These were the details of the news The weekend that made the Democrats tremble for this day. We hope that we have succeeded by giving you the full details and information. To follow all our news, you can subscribe to the alerts system or to one of our different systems to provide you with all that is new.