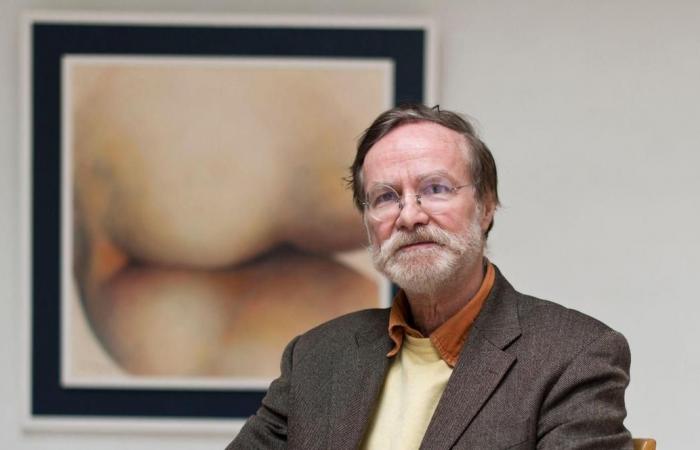 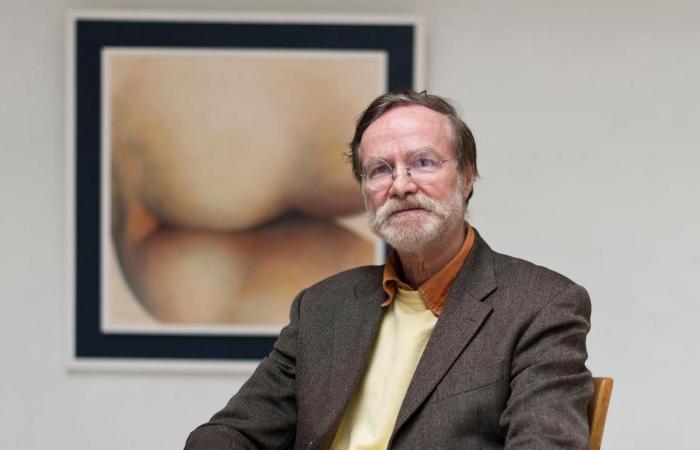 The creator of the Lausanne gallery HumuS will have spent his life crunching all forms of desire. He died on Sunday.

In 2013, Michel Froidevaux posed for his portrait of der in “24 heures”, as serious as it was elegant with, on the wall behind him, a buxom pair of buttocks. A good photo knows how to identify a man, even though the latter’s artistic production is as manifold as his intellectual curiosity. Founder of the HumuS gallery, publisher of the editions of the same name, bookseller under the same brand, curator of exhibitions, the iconoclast from Lausanne squeezed desire in all its forms, cherishing eroticism and humor with the same appetite. He lost his battle with cancer on Sunday 1is November, a handful of days away from its… 69 years!

“It was our Jean-Jaques Pauvert to us (editor’s note: French editor of Sade)“, Laments Michel Rime, former journalist whose Michel Froidevaux published” The erotics of Hercules “. “He helped remove the umbrella that Lausanne had in his ass,” he says, “and gave him his real post-sixty-eight turn. Beneath a debonair, even timid aspect, there was in him a boundless determination and a great requirement. To open a gallery, then a publishing house, focused on eroticism, was to do pioneering work in Protestant lands. ”

Born in Lausanne in 1951, Michel Froidevaux was quickly caught up in a libertarian, pacifist and non-violent philosophy – which did not prevent him from participating in a barracks mutiny in 1976, before conscientiously objecting and joining Barcelona. , El Dorado anarchist where he completed his thesis in political science on… “The avatars of anarchism”. He himself protects himself against this by being wary of political chapels and by turning his active curiosity towards literature and artistic curatorship. With his partner Danièle Mussard, he opened the Galerie HumuS in Lausanne and began to work as an editor, fueled by the organization of multiple exhibitions.

The first is devoted to the cowardly humor of Roland Topor – it will host several members of the Panique Group, including Christian Zeimert, but also Albertine, Martial Leiter, Hanspeter Kamm, Irène Dacunha, Jean Fontaine, HR Giger, Willem, etc. In its catalog, several award-winning books, including “Guerre (s)”, by Martial Leiter, Prize for black humor, or “The fetishist aviator”, “Marthe de Sainte-Anne” and “Le curé travesti”, all by Jean-Pierre Bourgeron, awarded the Sade Prize.

This rude anar who promised to have “neither God, nor master, even swimmer” did not hope for a place in the paradise of pornographers dear to Brassens, near “the big manitou for whom the word is nothing at all”. He bequeathed his body to science.

*The article has been translated based on the content of Source link by https://www.24heures.ch/michel-froidevaux-deros-a-thanatos-724052307928
. If there is any problem regarding the content, copyright, please leave a report below the article. We will try to process as quickly as possible to protect the rights of the author. Thank you very much!

These were the details of the news Disappearance – Michel Froidevaux, from Eros to Thanatos for this day. We hope that we have succeeded by giving you the full details and information. To follow all our news, you can subscribe to the alerts system or to one of our different systems to provide you with all that is new.