Riyad Mahrez mockingly responds to reports describing him as selfish and... 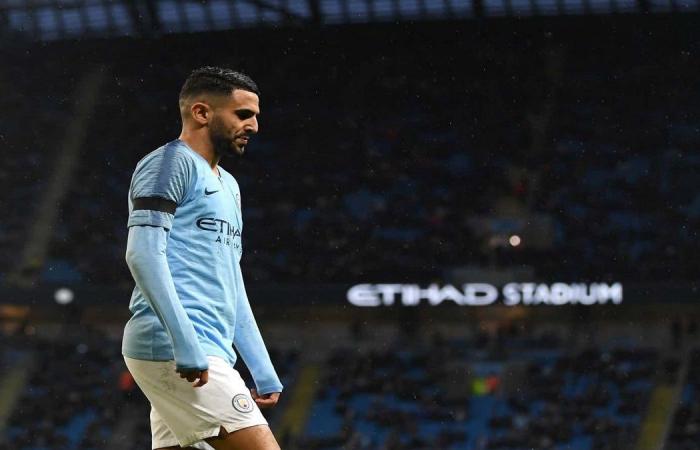 The Algerian star responded Riyad Mahrez The Manchester City midfielder, according to press reports, indicated that he had a dispute with his team-mates due to his alleged selfishness during the team’s match against West Ham United last week.

“After the West Ham match, Kevin de Bruyne went to Mahrez asking him not to dribble instead of passing the ball,” Manchester City correspondent Sam Lee told the English newspaper The Athletic via his Twitter account. Before that, Sergio Aguero and Fernandinho spoke to him about the same thing.

But Mehrez responded through his Twitter account in his response to Sam, “Well, I don’t know where you get your sources from, but you should definitely not trust them, Sam.”

Young substitute Phil Foden gave his Manchester City team a boost and helped them to a 1-1 draw away to West Ham United in the Premier League on Saturday.

City and failed to score the home side in the first half despite controlling the ball, while West Ham deservedly and deservedly succeeded in scoring the first goal by Michael Antonio in the 18th minute.

This is City’s worst start in six years with injuries. Fernandinho was unable to play on Saturday due to injury last week against Porto, as Nathan Aki missed, and De Bruyne sat on the bench after recovering from injury and took part as a substitute.

Sam wrote in his newspaper, “In the visitors’ dressing room at the London Stadium last weekend, as Manchester City players contemplated their problems in a disappointing 1-1 draw with West Ham, Kevin De Bruyne warned Riyad Mahrez not to pass enough.

The Belgian midfielder was frustrated because in the weeks leading up to the match, fellow senior players Sergio Aguero and Fernandinho had also spoken to Mahrez about the same topic, taking him aside and suggesting he had kept the ball for a long time and dribbled a lot.

Sam added, “Mahrez is by no means an unpopular member of the dressing room, and it should be noted that since the beginning of last season only De Bruyne has made more goals than Mahrez.”

These were the details of the news Riyad Mahrez mockingly responds to reports describing him as selfish and... for this day. We hope that we have succeeded by giving you the full details and information. To follow all our news, you can subscribe to the alerts system or to one of our different systems to provide you with all that is new.