Siege and corruption colluding with the Syrians 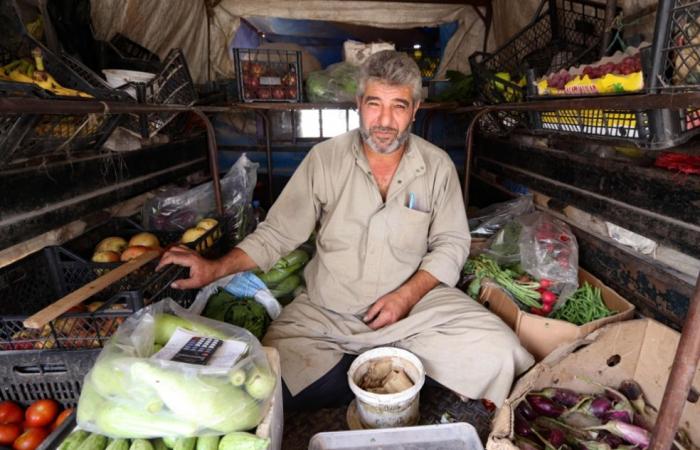 Damascus | In the past two days, the Syrians have been preoccupied with the decision to raise the price of a bundle of bread by 100%, in order to pass a decision that is almost more burdensome for them, which is to reduce the weight of one bundle from 1300 grams to 1100 grams. Before that, the Supply Directorate of the Ministry of Internal Trade and Consumer Protection, according to the complaints of many citizens, was absent from monitoring the theft of flour and reducing the weight of the bundle by most bakeries, as the bundle was always sold in a clear deficiency of the specific ministerial number: 1300 grams. Today, with the official reduction of the weight to 1100 grams, the ovens will not be deterred from applying an additional reduction, and this is what happened immediately after the implementation of the decision.In the wake of the Ministry of Internal Trade and Consumer Protection’s statement, which attributed the price adjustment of subsidized flour and bread to “the difficult conditions and the blockade imposed on Syria by the United States and its partners, and the difficulties it causes in providing basic materials to the Syrian citizen,” the Minister of Finance, Kinan Yaghi, announced yesterday at The People’s Assembly, that “the subsidy for food flour rose to 700 billion Syrian pounds in the next budget, after it was 337 billion Syrian pounds in the current year budget.” Yaghi stated that “the reasons for the increase in the supply deficit of flour include the high purchase price of wheat delivered from farmers, the high exchange rate of the dollar in the central bank from 435 Syrian pounds to 1250 Syrian pounds, in addition to the high cost of producing yeast at the yeast factory in Homs.”
However, it seems that the causes of the bread crisis go beyond the government announced; Al-Akhbar learned, from well-informed sources, that one of the problems encountered in securing flour was the delay in transporting the available crop of wheat from the province of Hasakah in northeastern Syria to the rest of the cities, which led to the destruction of at least half of the stock. This is what the sources describe as “deliberate sabotage so that crops could be sold as fodder wheat for half the price,” accusing “a circle of employees and corrupt people, starting from Hasaka, and pouring into the Ministry of Internal Trade and Consumer Protection in Damascus.” For his part, another informed source, told Al-Akhbar, about “the existence of a large waste of grains in the Qamishli branch, the quantity of which is estimated at thousands of tons of wheat, due to negligence and poor shipping operations.” The moment is scattered on the ground in the warehouses and on the roads connecting them. They are also being prepared to be sold as animal feed, which will constitute an additional loss. “
On the other hand, the mills of Damascus and its countryside had undergone maintenance that cost the state treasury huge sums, but the irony is that production capacity fell – with the end of maintenance operations – to more than half, from 2,600 tons to 1,200 tons, which raises doubts about whether the maintenance was Fake. However, “the problem is not limited to Damascus or the eastern regions,” as informed sources say, as “Aleppo private mills, for example, are exchanging subsidized wheat for another smuggled one of poor quality, and this explains its ability to grind a ton of wheat at an amount of 4,000 Syrian pounds, given that the cost Milling exceeds the amount of 7 thousand Syrian pounds, “according to the same sources.

These were the details of the news Siege and corruption colluding with the Syrians for this day. We hope that we have succeeded by giving you the full details and information. To follow all our news, you can subscribe to the alerts system or to one of our different systems to provide you with all that is new.