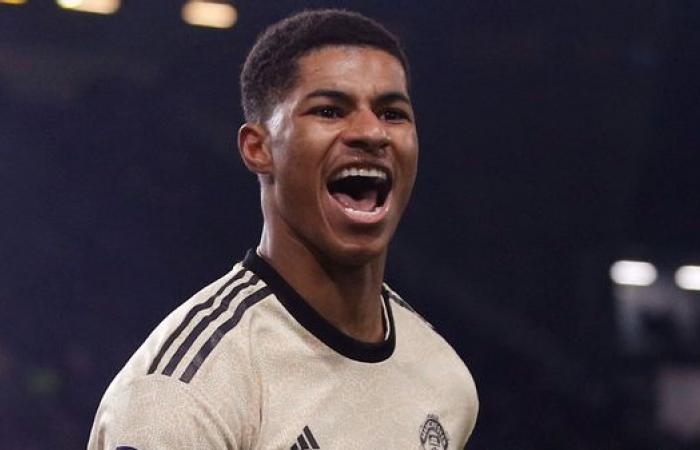 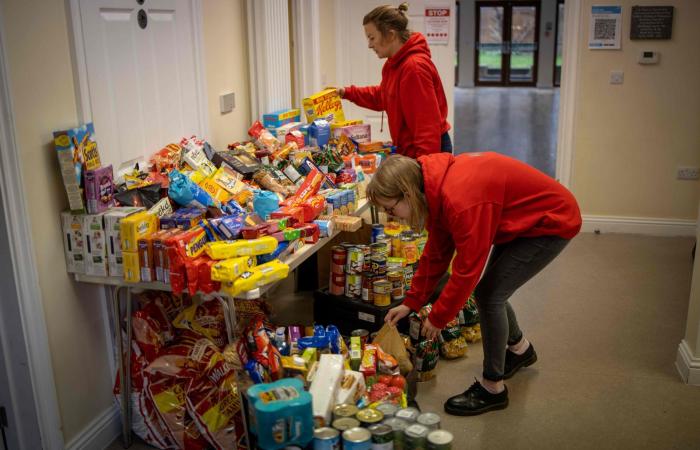 Marcus Rashford (23) wants to eradicate child poverty in the UK.

Less than 2 hours ago

Wednesday was a jubilee day for Marcus Rashford. The Manchester United striker was ruthless when Ole Gunnar Solskjær replaced him against RB Leipzig. The 23-year-old from Wythenshawe south of Manchester showed the combination of speed and finishing qualities that make him so dangerous when he scored a hat trick. No United player has managed to do that as a substitute since 1999. Then it was Solskjær who scored the hat trick as a substitute against Nottingham Forest.

For Rashford, however, what happened off the field on Wednesday was probably more important. Then the signature campaign rounded his one million signatures. That British children should not go hungry has become the Manchester United striker’s battle. He advocates:

Sunshine against Premier League competitors: – Can not believe it

United humiliated big team: Solskjær has got a dream start to the Champions League

Child poverty is a widespread problem in the UK. In 2018–2019, 4.2 million children lived in poverty in the UK. It shows official figures from the British authorities. The proportion of poor children is thus 30 per cent. By 2022, it is expected that the number will have increased to 5.2 million. That was before the corona pandemic struck. Those who have the least from before will be hardest hit by it.

More than 14 million people live below the poverty line in the UK, according to the charity The Trussell Trust. It supports a network of over 1,200 food centers across the UK.

Rashford is not the first in British football to go to battle against hunger. In 2015, Liverpool and Everton supporters joined forces and founded “Fans Supporting Foodbanks”. It has since become a national network of food centers. The motto is “hunger has no club affiliation”.

Britons interested in football must subscribe to three different services to watch all the matches from the Premier League. When they were recently charged an additional £ 15 per tonne. struggle to see some settlements, many had had enough. One result was that “Fans Supporting Foodbanks” received more than NOK 1 million.

Haaland pays tribute to his big idol: – It’s wild. That man is not normal

Rashford has previously won with his fight case. Earlier this year, the Manchester United striker persuaded the British authorities to make a complete U-turn. Then children from low-income families received free school meals during the summer holidays. He was later appointed a member of the British Empire. He is also awarded the “City of Manchester Award” for his work.

Lars Sivertsen is among those who applaud Rashford’s commitment.

– It is fantastic. What I think is remarkable is how he only focuses on the case, the football writer tells Aftenposten.

Sivertsen lives in England and follows the Premier League closely. He is regularly heard on well-known radio programs and football podcasts, such as “Football Weekly” from the newspaper The Guardian.

– There are so many opportunities to slip into personal attacks and politics in this debate. He does not focus on which party is in power, or individuals, only the case. I think that is one of the reasons why this is a campaign that has united so many, he says.

– Because the government would not continue the scheme from the school holidays, Rashford has marketed companies across the country that are willing to do something. That is very positive, he thinks.

The star has not played a single minute in 237 days. At that time, he earned 238 million kroner.

More on the team

Rashford has got more on the team. Leeds captain Liam Cooper recently announced that the player squad is donating more than 250,000 kroner to the case. “We stand with you, Marcus Rashford,” Cooper wrote

Let’s do this Leeds! No children should ever go hungry. £25k guaranteed from the @lufc squad. We stand with you @MarcusRashford 🤍 https://t.co/qOr4qIdIbB

Leeds were quick on the pitch and announced that the club will contribute a similar amount to the city council in the city, so that it can help those who need it most.

Chelsea right-back Reece James has started a fundraiser for “The Felix Project”, a food center in London. He himself has contributed more than 100,000 kroner, and aims to raise more than 1 million kroner.

– Overall, the response seems to be very positive. Rashford has got a lot of neatness, but it gets all football players who say and mean something. I have the impression that this is a very positive movement, says Sivertsen.

These were the details of the news The Manchester United star is praised for the match he fights... for this day. We hope that we have succeeded by giving you the full details and information. To follow all our news, you can subscribe to the alerts system or to one of our different systems to provide you with all that is new.