NSW registers a new COVID-19 case. The warnings for Southwest... 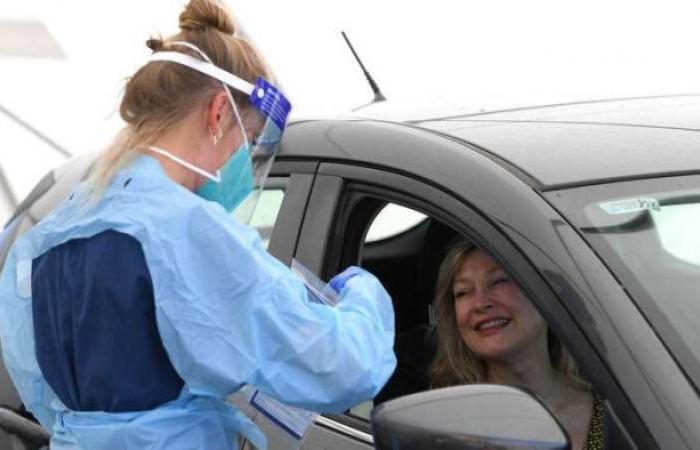 NSW health authorities are trying to find customers linked to a restaurant outbreak as alerts continue to be issued for West Sydney.

“We have no room for complacency and as I anticipated last week there are still mandatory QR codes on the table for NSW so I just want to make that very, very clear,” she said.

NSW Health said it is still trying to find guests who visited the Lebanese restaurant Jasmine in Liverpool on Sunday October 25 from 2:00 p.m. to 3:30 p.m.

It was said that details of some of the people who were there were “not available”.

Without naming a venue, Ms. Berejiklian said contract tracking for NSW Health was “very difficult” at the moment because “those responsible did not do the right thing”.

“We never intend to embarrass companies,” she said.

In the last update, NSW recorded a new case of locally transmitted COVID-19, breaking Australia’s milestone yesterday with no infections outside of hotel quarantine.

The case was announced yesterday, but has been included in today’s statistics as it was confirmed outside the official reporting period until 8:00 p.m. last night.

The children visited the center on October 25th.

The cases are linked to the Hoxton Park cluster, which has now reached six infections.

Anyone who was present at the same time must be tested and isolated for 14 days regardless of the result.

The latest report contained another six cases among foreign travelers in hotel quarantine.

NSW Health said lower numbers were generally expected on weekends, but urged people, even with the mildest symptoms, to get tested.

These were the details of the news NSW registers a new COVID-19 case. The warnings for Southwest... for this day. We hope that we have succeeded by giving you the full details and information. To follow all our news, you can subscribe to the alerts system or to one of our different systems to provide you with all that is new.