New confinement in England could last more than a month 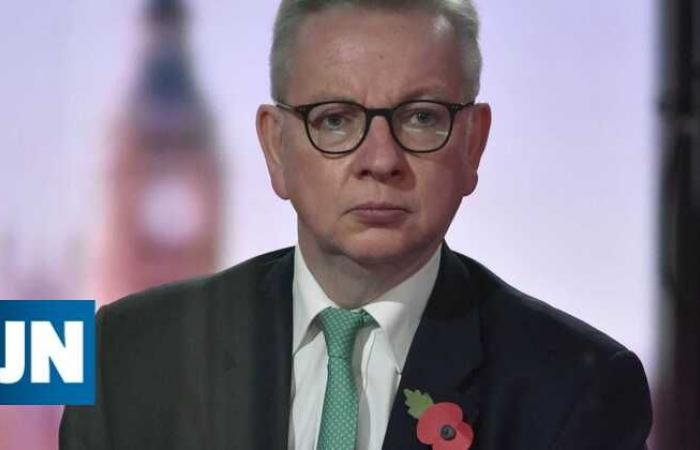 The new confinement in England could last longer than the expected four weeks if infection rates for the new coronavirus do not drop quickly enough, said British Cabinet Minister Michael Gove.

The confinement announced on Saturday by Prime Minister Boris Johnson is expected to run between next Thursday and December 2.

Johnson says it is necessary to prevent hospitals from being overcrowded by patients with covid-19 within weeks.

Minister Michael Gove reveals that the Government has “great hope” that the confinement will end in the expected time, but this cannot be guaranteed.

“With such a malignant virus and its ability to move so quickly, it would be foolish to predict with absolute certainty what will happen in four weeks,” Michael Gove told Sky News.

“We will reassess the situation on December 2nd, but we will always be guided by what the data says,” he said.

Under the new restrictions, bars and restaurants can only be open for “take-away”, non-essential commerce must close and people will only be able to leave home for reasons contained in a short list, which includes physical exercise.

Hairdressers, gyms, golf courses, swimming pools and bowling alleys are among the places to close and people are prevented from going abroad on holiday.

Unlike the first three-month confinement in the UK, earlier this year, schools, universities, construction companies and industry will continue to function.

The UK has the highest number of coronavirus deaths in Europe, with more than 46,700 deaths, having exceeded one million confirmed cases of coronavirus on Saturday and confirmed another 23,254 new infections in the last 24 hours.

As in other European countries, cases of covid-19 in the United Kingdom started to increase after the measures of the first confinement were eased in the summer and people started to return to workplaces, schools, universities and social life.

In recent weeks, the number of new infections has increased rapidly across the European continent, especially in Belgium, the Czech Republic, France, Spain and the United Kingdom.

Johnson hoped that the regional restrictions introduced in October, mainly in northern England, would be sufficient to reduce the number of new infections.

However, government consultants predict that, in the current trajectory of the outbreak, demand for hospital beds will exceed capacity until the first week of December, even if temporary hospitals created at the first peak of the pandemic are reopened.

“Without taking action, we could see deaths in this country reach several thousand a day,” Johnson said in announcing the confinement during a televised statement on Saturday night.

But the owners of bars, restaurants, theaters and gyms say the measures will be devastating.

The government program that paid the salaries of millions of employees laid off during the pandemic was extended during the new confinement, but many companies say that is not enough, especially in the arts, where most people work as ‘freelancers’.

Mark Davyd, chief executive of the Music Venue Trust, urged the government to offer the live events industry more financial support, as has been done in France and Germany.

“We expect urgent details from ministers about the financial package that will protect businesses and livelihoods in this vital and world-leading British industry,” he said.

This Sunday, the London government and transport company struck a deal to keep buses and the metro running in the capital, where passenger numbers have declined because of the pandemic.

The financing package, which mixes grants and loans, worth £ 1.8 billion (almost two billion euros) is intended to keep the system in operation until the end of March.

The new confinement needs Parliament’s approval, with the vote scheduled for Wednesday. Some members of Johnson’s Conservative Party are opposed to stricter restrictions because of the economic consequences, but the Labor Party, the main opposition party, has already announced that it will vote in favor of the new confinement.

The restrictions will apply to England. Wales and Northern Ireland were already in confinement and Scotland is under severe regional restrictions.

These were the details of the news New confinement in England could last more than a month for this day. We hope that we have succeeded by giving you the full details and information. To follow all our news, you can subscribe to the alerts system or to one of our different systems to provide you with all that is new.