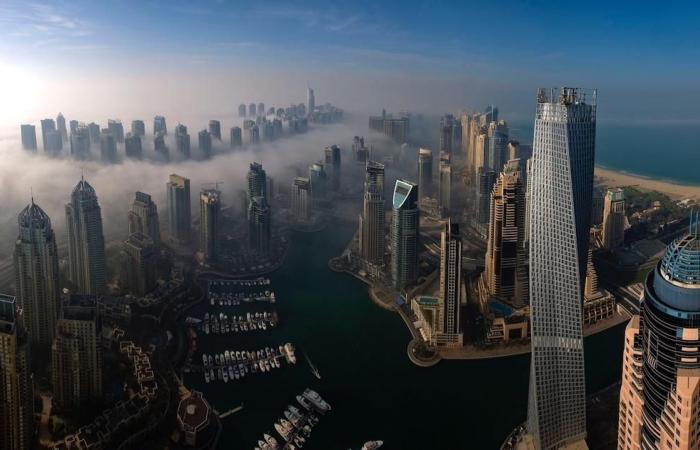 On Sunday, the United Arab Emirates announced a new expansion budget, the last of the five-year plan (2017-2021). Like its predecessors, it was distinguished by the continuation of investment spending and the preservation of more than 40% of spending on programs for social development and social benefits by 26.04 billion dirhams of Origin 58.1 billion dirhams, or 42.6%.

While allocations were pumped to public, higher and university education programs by 9.6 billion dirhams (15.7% of the total), and 4.97 billion dirhams for health care and community protection (8.1%), no less than 11.53 billion dirhams were allocated under investment spending sections. , aFor infrastructure, economic, financial investments and federal projects.

The strength of the national economy

The Council of Ministers, headed by His Highness Sheikh Mohammed bin Rashid Al Maktoum, Vice President and Prime Minister and Ruler of Dubai, may God protect him, approved the general budget of the Union 2021, with a total estimated expenditures of 58 billion dirhams, which reflects the strength of the national economy and the abundance and sustainability of resources to finance development and economic projects And social, as its allocations for the fiscal year 2021 were distributed among the various sectors.

According to its objectives and the initiatives under it, the budget aims to raise living standards and provide a decent life for citizens and residents in the UAE, as allocations have been distributed to a number of sectors to include social development, social benefits, programs, projects and initiatives that will strengthen the education sector in the country and improve the quality of health care to provide the finest Levels of medical services for the country’s residents, support for housing programs for citizens and enhancing the quality of life for various members of society.

His Highness Sheikh Hamdan bin Rashid Al Maktoum, Deputy Ruler of Dubai and Minister of Finance, affirmed that the support of His Highness Sheikh Khalifa bin Zayed Al Nahyan, President of the State, may God protect him, and His Highness Sheikh Mohammed bin Rashid Al Maktoum, Vice President and Prime Minister and Ruler of Dubai, may God protect him, The main reason behind the supremacy of the state and directing financial resources to achieve the highest standards of quality of life for citizens and residents.
His Highness said: “The development of the draft budget for the fiscal year 2021 was in accordance with the best international practices and using the latest electronic systems, with the aim of raising the efficiency of spending and directing it towards strategically important sectors, in order to enhance the ability of government agencies to implement and achieve their goals and programs with the required efficiency.”
This came on the heels of the approval of the Council of Ministers headed by His Highness Sheikh Mohammed bin Rashid Al Maktoum, the draft of the general budget of the Union for the fiscal year 2021, which is the last year of the five-year plan (2017-2021), at a cost of 58.1 billion dirhams, and following the announcement of the new government structure Federalism, which included merging ministries and agencies and changing powers and responsibilities.
His Highness affirmed the insightful vision and directives of the wise leadership in directing financial resources to achieve the highest standards of quality of life and happiness for citizens and residents in the country, and to provide the highest levels of social care to deserving groups, the best health and educational services, and the development of the basic infrastructure necessary to encourage local investments and attract foreign capital, to be invested in projects. Industrial, commercial, real estate and services, and providing a network of modern roads and distinguished government services.
His Highness explained that the main objective of developing the draft budget and preparing it in the form of periodic plans is to develop the level of social services provided and focus on raising the level of smart government services, and increasing the percentage of customer satisfaction, as it affirms the federal government’s efforts to provide welfare, prosperity, happiness and security for all members of society. .

His Highness said: “The wise leadership has laid solid foundations for government work through which it supports the directions of the UAE and its march to achieve the UAE Centennial 2071, to reach the UAE to first place in the world in various fields, to be the best country and the best government in the world, and to enjoy the best health system according to The highest international standards, the best high-level educational system, the best competitive knowledge economy, and the world’s happiest community.
In turn, the Ministry of Finance held workshops for all federal entities, through visual communication technology to train its specialists on the procedures, steps and rules followed for preparing the draft general budget, in accordance with the zero-budget system in force in the federal government, and explaining the decisions and financial circular issued regarding the preparation of the 2021 draft budget. .

The Ministry of Finance has completed the development of financial systems through the application of the smart job budget system launched by the ministry in cooperation with the Federal Authority for Government Human Resources, in line with the country’s smart government strategy and as part of its continuous efforts to develop all electronic systems to serve the various federal entities. The system aims to automate all periodic job budgeting procedures and cancel all paperwork.

The 2021 budget focuses on directing federal financial resources to achieve the goals and programs of federal entities, within the government’s strategy, to ensure sustainable and balanced development and to achieve the Ministry of Finance’s mission to ensure the best use of government resources and implement effective financial policies.
Federal authorities have updated their budget projects for the fiscal year 2021 in the automated system for preparing the budget within the five-year general budget plan 2017-2021 in line with the UAE vision 2021 and to achieve the “UAE Centennial 2071”, which aims to make the UAE among the best countries in the world and the first in all fields.

How were the budget allocations for 2021 distributed?

These were the details of the news The UAE announces a new expansion budget … 11.5 billion dirhams... for this day. We hope that we have succeeded by giving you the full details and information. To follow all our news, you can subscribe to the alerts system or to one of our different systems to provide you with all that is new.