Death of Michel Auger: “A journalist of unfailing integrity” 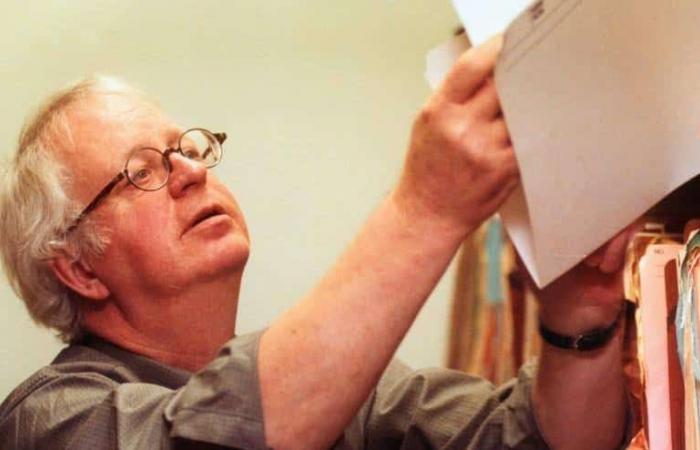 “Rigorous”, “honest”, “passionate”: the former colleagues of Michel Auger are full of praise for the man who paved the way for many investigative journalists who followed him.

His former colleague Jean-Pierre Charbonneau describes his mentor as a “great journalist” whose integrity was foolproof.

“For me, he is undoubtedly the greatest investigative journalist in the field of police and criminal affairs that Quebec has known. He’s the one who set the tone a bit, ”said the one who was also a provincial deputy.

Specialized in the coverage of underworld and police circles, Michel Auger had a network of contacts that was the envy of his colleagues and his competitors in other media.

“He was always one step ahead of me because of his experience and because of his great network of contacts. What made Michel’s strength was his network of contacts. It was incredible in comparison with all the other journalists specializing in legal affairs, ”remembers André Cédilot, who was first Michel Auger’s work colleague at Press, before finding him as a competitor at Journal of Montreal.

“Michel understood how organized crime was important to cover,” he says. We know that they are in drug trafficking and all that, but Michel, he mainly sought to bring to light the lawful activities of the Mafia, where they invested their money. “

This is the strength of Michel Auger, who has managed, during his illustrious career, to lift the veil on clandestine and extremely well guarded circles.

“The major reports he made are reports that stirred either the police world or the underworld,” recalls Jean-Pierre Charbonneau. It allowed citizens to understand what happened when there were crises in large police departments or within large criminal organizations. ”

It is these reports that he says have contributed to the prominence given to the coverage of criminal and police circles in our media today. But these reports almost cost the journalist his life on September 13, 2000, when he was the victim of an attempted murder in the parking lot of the Journal of Montreal.

This episode in the life of Michel Auger helped to anchor his legend in collective memory.

“What surprised me the most is that after the attack, Michel still got back to work,” says André Cédilot. It shows his passion, it shows his courage and the fervor he had. He was even more determined to speak out after the events. ”

“We must remember him as a great journalist, a journalist with integrity,” he said. He had contacts in the criminal world, but he’s not someone who compromises, he hasn’t played on both sides. He was someone with unfailing righteousness and integrity. ”

These were the details of the news Death of Michel Auger: “A journalist of unfailing integrity” for this day. We hope that we have succeeded by giving you the full details and information. To follow all our news, you can subscribe to the alerts system or to one of our different systems to provide you with all that is new.