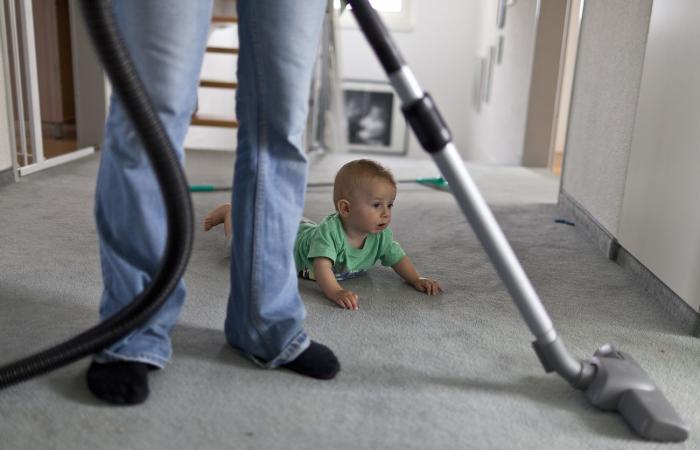 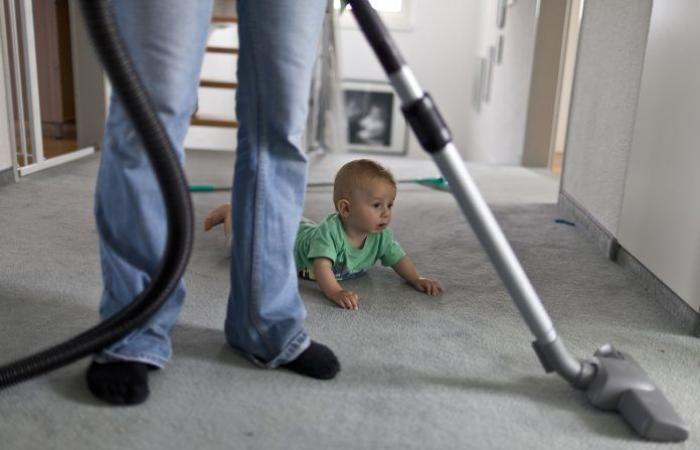 More and more mothers want and have to work. But when crèche places are expensive and insufficient, their opening hours do not cover all needs and grandparents cannot take over, who can you turn to? Individual. In Switzerland, 6% of preschool children regularly spend time with family carers (day mothers) and 5% are looked after at home by nannies or, to a lesser extent, by au pairs and babysitters . These rates reach respectively 11% and 10% in the canton of Geneva, and 10% and 7.4% in the canton of Vaud. While parental assistants must be approved, nannies are not subject to authorization. They are therefore both poorly supervised and poorly protected. This situation is all the more problematic as it concerns several thousand people.

Emerging from the shadows by Operation Papyrus and more recently by semi-confinement, nannies benefit from rights, defined by the standard domestic economy contract which came into force in 2011. According to the Geneva version, the week of work is forty-five hours, the minimum wage for an unskilled employee is 3,801 francs per month (19.50 francs an hour), the income is increased in the event of work performed on Sundays, public holidays or at night, the employee is paid 80% of her salary in the event of illness (for a variable period depending on the situation), she is insured against accidents, is entitled to four or five weeks of paid vacation and she receives a form salary each month. In addition, according to the law on social insurance, it must be declared by his employer, whatever his status.

These provisions are quite basic. However, according to the structures which defend domestic workers, they are rarely all respected. The majority of nannies do not have a written employment contract. And if there is, the clauses do not necessarily reflect reality. Salaries are often lower than the legal minimum and can drop to 800 francs per month for a full-time job. Communication and external relations officer at the Swiss-Immigrant Contact Center (CCSI), Marianne Halle emphasizes that “the least respected in terms of salary are those who work permanently”. Given the rates, nannies are most often undocumented.

In addition, incomes are generally little or not declared by employers, which hinders access to social insurance. Vacation and sick leave are not paid, if they are granted. Another recurring problem: the accumulation of tasks. It is first of all to look after the children and then also to do the housework. Or vice versa. Finally, the majority of these women have several employers, which complicates the defense of their rights.

Lack of knowledge, phlegm or dishonesty on the part of the parents? “Conscious abuses of authority are rare. On the other hand, many people believe that domestic work is not subject to labor law ”, regrets Clotilde Fischer, project manager at Chèques-emploi Vaud. For Marianne Halle, “this comes from the fact that childcare is not considered a real job”, and this because this task is “mainly carried out by women”. This problem concerns everything related to care, whether it is caring for children, the elderly or dependent people.

Created in 2016, the Swiss Nanny Association (SNA) is the only association for nannies in Switzerland. It has around 100 members, mostly from Europe and the Philippines. Put on the floor during confinement, several nannies have recently joined the association in order to better know their rights. In addition to providing information, SNA works with nanny placement agencies and offers training. Several of its members live apart from their children. Family reunification can be done in six months, but salary and housing conditions being high, the operation can be long or even impossible. CBR

Regarding salaries specifically, some families claim that they cannot pay social charges (15% of income on average). Others claim that even the minimum wage is inaccessible to them. Rightly or wrongly: “Some employers have ample means, but they do not do it”, deplores Marianne Halle.

The most serious situations of exploitation concern undocumented migrants. For fear of being expelled from Switzerland, these employees do not dare to complain, and even less to file a complaint in the event of physical or mental violence. At least 35,000 domestic workers are at risk because of this extreme vulnerability.

At the same time, we must also inform the nannies of the benefits of the social safety net. Indeed, whatever their status, many would want to work illegally, out of mistrust of the system or through miscalculation. Chèques-emploi Vaud organizes information sessions to change mentalities, reminding that the insured can receive his retirement even if he goes to live abroad. For her part, Miriam Schwab Ngamije, social worker at the Fraternité du Center social protestant (CSP) Vaud, underlines that “the lower the salary, in particular when it is below the legal minimum, the less the employee is motivated to be declared ”.

As for undocumented migrants, what do they risk? Compensation funds and tax services can transmit the data to the Population Offices. However, there is no real hunt for undocumented migrants in the cantons of Geneva and Vaud because the authorities “know that the domestic economy sector needs them”, notes Marianne Halle. A Papyrus platform has been created in the canton of Vaud to promote a regularization procedure like in Geneva.

Nannies and household helpers seem to constitute the counterpart to the integration of mothers into the professional world. Why, therefore, not change the law? “Ideally, the regulatory conditions for people from outside Europe should be relaxed for this sector because the need is proven”, abounds Clotilde Fischer.

The majority of nannies are foreign women who have motherhood experience. However, not all of them live in Switzerland with their children and therefore find themselves in the painful situation of having to keep those of others without having regular contact with theirs. Interview with Alma *, member of the committee of the Swiss Nanny Association (SNA), the only association for nannies in Switzerland.

Can you tell us what led you to become a nanny in Switzerland?

Alma*: I arrived in 2011 from Honduras, where I worked as a psychologist. I was making a good living, but my son’s father is a mafia-linked police officer. I have received death threats and have been kidnapped twice. A cousin advised me to come and join her in Switzerland. I already spoke French and English well, which encouraged me. I decided to be a nanny because my specialty is children from 0 to 5 years old. My diploma is not valid in Switzerland.

You came to Switzerland without your son, who was only 5 years old at the time. Why?

His father did not want to give me permission to take him out of the country. It is not because he particularly loves his son (he has only seen him three times in five years). It was a power play with me.

How did you manage your son’s safety from a distance?

Before leaving my country, I helped my parents to move to a small village with my son. Of course, I was still afraid for them. We chatted every day by Skype. When I got my first salary, I bought a good computer with a good camera.

How did you start your professional activity as a nanny?

I encountered a lot of difficulties with my first family. I worked thirteen hours a day, earning only 1,800 francs a month. By chatting with other nannies at the park, I realized that I could claim better terms, even though I was undocumented. I then joined a very nice family, which paid me 2900 francs net per month. And I was boarded up.

How did you cope with being with children every day without seeing your own?

Getting to bed and educating other people’s children but not mine have been the most difficult years of my life. I cried every day. The children I looked after were more or less the age of my son. When I got to hug him for the first time in five years, he was 10 years old. We slept together for two days. It was like a dream.

When did you start to take steps to bring your child?

Four years after my arrival in Switzerland, my ex-husband was the victim of a double attack. I returned to Honduras, where the judge, in view of the circumstances, granted me the right to remove my son from the country. I helped my family to settle in the United States, then I returned to Switzerland, with my son, who was able to go to school.

Has the situation finally returned to normal for you?

No, I had to start all over again. After a month without work, I took the first place I found. I have been the victim of violence. It was hell. I then looked for an association to turn to. After joining the Swiss Nanny Association, I was hired by two families, who paid me minimum wage. Today, I work forty hours a week and I earn 3450 francs gross. I even have a contract and pay slips! Thanks to Operation Papyrus, I should soon receive my license. My dream is to have an apartment just for my son and me.

*The article has been translated based on the content of Source link by https://lecourrier.ch/2020/11/01/incontournables-mais-exploitees/
. If there is any problem regarding the content, copyright, please leave a report below the article. We will try to process as quickly as possible to protect the rights of the author. Thank you very much!

These were the details of the news Unmissable but exploited – Le Courrier for this day. We hope that we have succeeded by giving you the full details and information. To follow all our news, you can subscribe to the alerts system or to one of our different systems to provide you with all that is new.