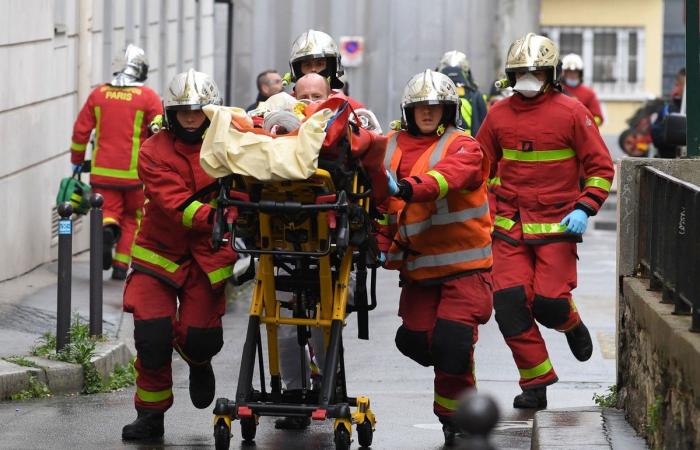 The – fair – invocation of secular rationality and freedom of expression, added to the measures – of dubious effectiveness – increasing the repression with the closure of organizations in France in the fight against Islamophobia, are actually serving as more oil at the stake. On October 29, the date of the Muslim Christmas, when the birth of the prophet is celebrated, the statements of Emmanuel Macron defending the cartoons once again provoked a massive reaction from the vast and populous Islamic world against the degradation of its sacred values ​​- in India, in the Middle East, in the Maghreb region, in sub-Saharan Africa. Dhaka, the capital of Bangladesh, came to gather more than 40 thousand people on the streets.

Still under the strong commotion of events, respectable voices in France are beginning to lift the veil of the taboo imposed by mourning and stunning. They claim the right to criticism, intrinsic to freedom of expression, to discuss less passionately the elements of this endless crisis that affects French identity itself.

The central point of the debate is the fine line that separates, in the long tradition of freedom of expression, the right to blasphemy from the crimes of injury, defamation, hate speech, violence or discrimination. Anastasia Colosimo, professor of political theology at Sorbonne, recalls that blasphemy was decriminalized in 1881, with the first press freedom law. A century later, it would be restricted, with the amendment that banned in 1972 the acts of insulting, defaming or provoking hatred. Thus, in France, it is possible to insult a religion, but it is forbidden to ban or insult adherents of a religion. The problem is that the interpretation changes over time and your circumstances. And the question that arises today, says Anastasia Colosimo, is to define whether to insult a religion itself, or the figures and symbols of a religion, is to offend the followers of that religion.

Another important voice in this debate is that of Professor François Héran, holder of the chair of Migrations at the College of France. In a letter to teachers on how to reflect freely on freedom of expression, Héran strongly criticizes the “moralizing” view that labels “who is brave” who persists in the offense and “coward” who does not provoke it. The professor is convinced that considering those who refuse this view as “enemies of France” is “an unworthy way of excluding them from the debate and from the nation itself”.

Philosopher and social theorist Jacques Bidet, from the University of Nanterre, adds to these views the drift of the term “Islamism” in recent decades. For centuries, “Islamism” has been understood as a religion, like Christianity and Judaism. But, between the 1980s and 1990s, the term was gradually linked to fundamentalist Islam, born in the wars in Afghanistan and Iraq. From this subliminal mixture came the feelings that fueled a pathology that threatens any religion – fanaticism. Fanaticism is nothing more than the instrumentalization of religion, aimed at a logic of barbarism.

Blasphemy and insult, division of society, construction of barbarism: some themes that are worth reflecting on in this difficult moment, in a nation that, by its own history, is an example in the defense of freedom of expression and human rights, while concentrating the largest number of Muslim citizens in all of Europe – almost nine percent of its population. It is also worth remembering that in October 2018, the European Court of Human Rights validated Elisabeth Sabditsch-Wolff’s blasphemy conviction, which described the prophet Muhammad as a “pedophile” during a meeting of the Austrian Right-Wing Party, the FPO. The court found that the Austrian court’s verdict did not run counter to the European Convention on freedom of expression. In France today, what would the verdict be like for a statement like Elizabeth Wolff’s?

These were the details of the news Analysis: Blasphemy, law and crime | World for this day. We hope that we have succeeded by giving you the full details and information. To follow all our news, you can subscribe to the alerts system or to one of our different systems to provide you with all that is new.