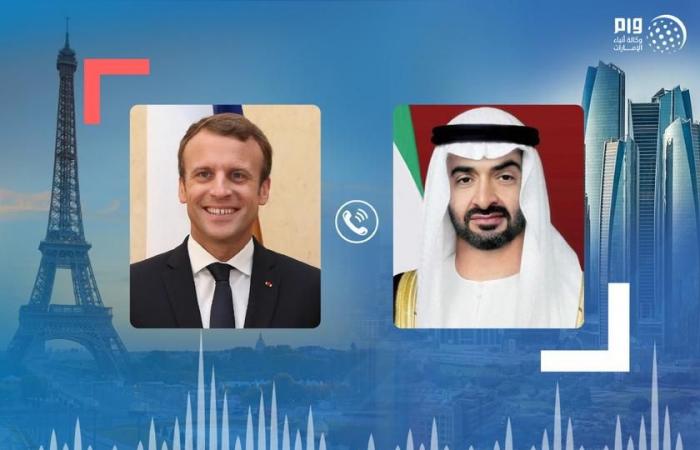 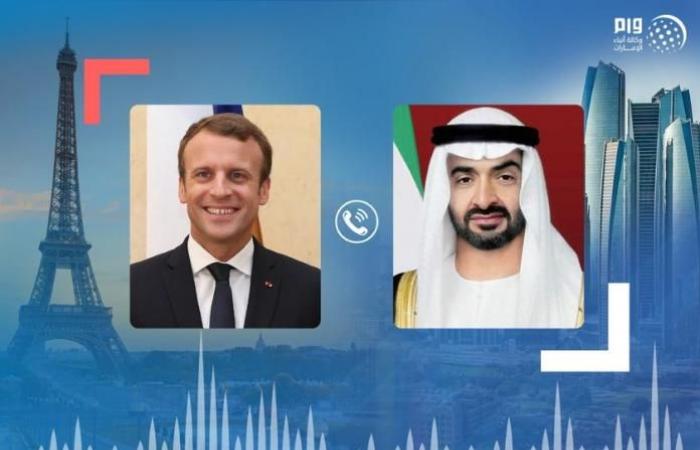 His Highness Sheikh Mohammed bin Zayed Al Nahyan, Crown Prince of Abu Dhabi and Deputy Supreme Commander of the Armed Forces, and Emmanuel Macron, President of the friendly French Republic, discussed today, Sunday, during a phone call, the bilateral relations within the framework of the strategic partnership, as His Highness affirmed the depth and solidarity of relations between the two friendly countries .. They also discussed many Regional and international issues of common concern.
His Highness Sheikh Mohammed bin Zayed, during the phone call, expressed his condemnation of the terrorist attacks in France during the last period, and offered his condolences to the French President for the victims and wished a speedy recovery to the injured, stressing that these practices are inconsistent with the teachings and principles of all monotheistic religions that urge Peace, tolerance and love affirm the sanctity of the human soul.
His Highness stressed his rejection of hate speech that harms the relationship between peoples, hurts the feelings of millions of people, and serves those with extremist ideas, rejecting his Highness categorically any justification for crime, violence and terrorism.
His Highness Sheikh Mohammed bin Zayed Al Nahyan pointed out that the Messenger Muhammad, may God bless him and grant him peace, represents a great sacredness among Muslims, but linking this issue to violence and its politicization is unacceptable … noting that interaction between peoples should be through the interconnection of civilizations and cultures and mutual respect … praising His Highness is rooted in the common historical and cultural connections between France and the Arab world.
His Highness expressed his appreciation for the cultural diversity in France and its embrace of its Muslim citizens who live under the umbrella of the law and the state of institutions that serve their beliefs and cultures and exercise their rights in this context.
His Highness affirmed that the United Arab Emirates is clear in its approach, as it is an Arab and Muslim country that coexists with the world on the ground of tolerance, cooperation and love of goodness for others.
The phone call dealt with the situation in the Middle East and the Eastern Mediterranean, where the two sides affirmed their rejection of any practices that threaten regional security and stability or interference in the internal affairs of countries, and expressed their support for any moves or initiatives that would contribute to reaching political settlements to conflicts in the region.
The phone call also touched on the developments of the Corona pandemic in the two countries and the world, and the importance of strengthening international cooperation in confronting it and containing its effects at all levels. (WAM)

These were the details of the news Mohammed bin Zayed to Macron: Muhammad is our Messenger and his... for this day. We hope that we have succeeded by giving you the full details and information. To follow all our news, you can subscribe to the alerts system or to one of our different systems to provide you with all that is new.