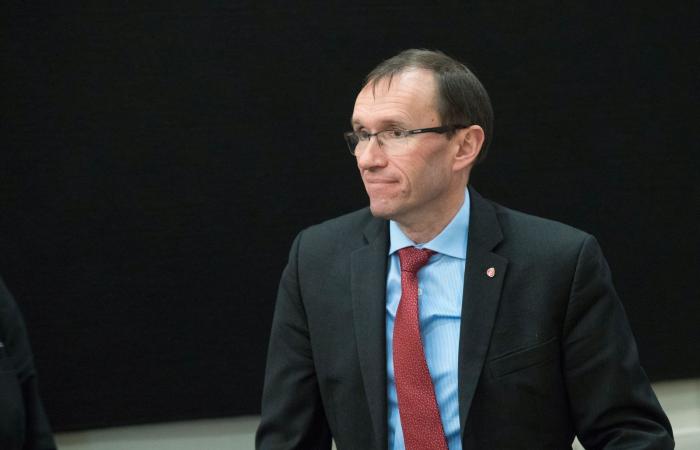 The Storting wants an answer to what the government knew about the loss of billions and the accounting root in Equinor’s US investment. But the press and the audience are kept in the hallway during the hearing.

– That was not my suggestion. I wanted an open hearing, says spokesman Espen Barth Eide (Labor) to NTB.

At the same time, the Storting’s energy and environment committee is united behind the decision to close the hearing.

– There were discussions about the whole scheme which led to the committee landing a broad hearing, and that it should be closed, says Eide.

The fact that stock exchange-sensitive information may come out in the consultation is cited as an explanation for the decision. The decision nevertheless faces strong criticism.

Carnegie analyst Frederik Lunde thinks it is “quite absurd with a closed hearing”, writes DN. Senior portfolio manager and long-time Equinor analyst Trond Omdal in Pensum Asset Management also believes that openness should have been fine, according to NRK.

The Progress Party’s Jon Georg Dale says the hearing will be closed because demands were made to bring the owner dialogue into the hearing.

– If we were to do a simple committee hearing on what is the topic, namely Tina Bru’s statement, we would not have had to close the doors, he says to NTB.

– But some parties will take up the state’s ownership dialogue with Equinor. Such questions are always exempt from publicity, and then the doors must be closed.

SV’s energy and environmental policy spokesman Lars Haltbrekken does not give up on having an open hearing.

– This is one of the biggest scandals in Norwegian oil history. It has the public interest. When Equinor also says they will not provide stock exchange-sensitive information, we hope that we will get the committee to open the hearing, he says to NTB.

Equinor has long acknowledged both that there were serious deficiencies in financial management in the US investment, and that the company has suffered significant losses.

– These are two separate things that are both serious, says Eide.

Between 2007 and 2019, Equinor had an accounting loss of 21.5 billion dollars, equivalent to 161 billion kroner, said Eli Moe-Helgesen from PwC when she presented an investigation report recently.

The Minister of Petroleum and Energy Tina Brus (H)’s statement in June on Equinor’s activities in the USA and the state’s ownership follow-up is the formal basis for the consultation. The report stated that there were conditions that the ministry was not sufficiently familiar with in Equinor’s US investment, according to Eide.

– The framework for the consultation is to gain more insight into what the ministry knew and when. And if the ministry got information, what did it use it for?

Eide wants answers as to whether the corporate governance was too weak and the state too passive towards Equinor, of which the state owns 67 per cent.

The two former board chairmen Jon Erik Reinhardsen and Svein Rennemo in Equinor, which until the spring of 2018 was called Statoil, are first out. Then former CEO Helge Lund and today’s outgoing Equinor CEO Eldar Sætre will explain themselves.

Finally, it is the politicians’ turn. Former Minister of Petroleum and Energy Ola Borten Moe (Sp) and his successors Tord Lien (Frp) and Tina Bru (H), who are responsible today, will all be questioned by the committee.

Even if the hearing is closed, the setting will be open, according to Eide. The recommendation in the case must be ready by 3 December.

Equinor lacked control in the US: – It is totally unacceptable

Gets criticism in report on US bang: Too little control

These were the details of the news Closed hearing on Equinor’s scandalous US adventure – E24 for this day. We hope that we have succeeded by giving you the full details and information. To follow all our news, you can subscribe to the alerts system or to one of our different systems to provide you with all that is new.