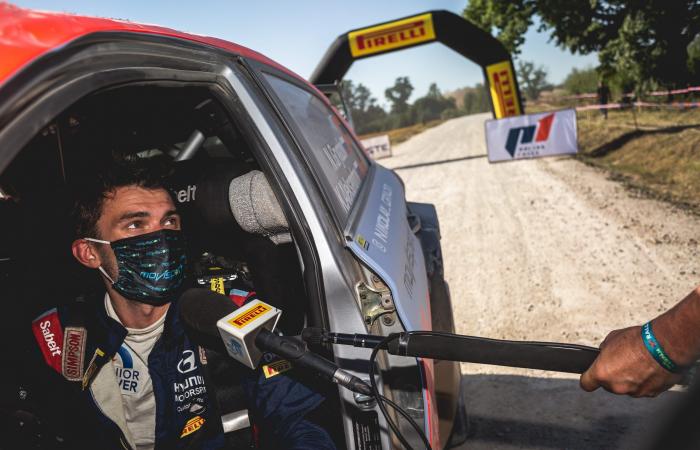 The Rally Hungary promises a lot of action and entertainment when the fourth round of the FIA ​​European Rally Championship 2020 takes place from November 6th to 8th. Here are just some of the topics to talk about before the Nyíregyháza event.

Bad to good: After losing the ERC title in the final stages at the Rally Hungary last season, Alexey Lukyanuk I hope to leave Nyíregyháza 12 months later with good memories, not bad ones.

Car switch for Solberg: After the first three laps of the ERC 2020 in a Volkswagen Polo GTI R5, ERC1 Junior title contender Oliver Solberg is switching to a Eurosol-run Škoda Fabia Rally2 Evo for his debut at the Hungarian Rally. Austrian view Simon wagner will drive a second Fabia for the Hungarian team on his comeback in the championship.

Champion Returns: Nikolay GryazinThe 2018 ERC1 Junior title winner is back for his second ERC start in 2020 as the Russian competed in a Hyundai i20 R5 for the Belgian BMA team led by Bernard Munster, father of the ERC1 Junior front runner goes Gregory Munster. Both talents are newcomers to Rally Hungary.

World class: World Rally Championship winner Andreas Mikkelsen is planned for his first ERC start in eight years in a Fabia led by Topp-Cars Rally Team, the outfit behind the Hungarian hope Adam of Venicewho qualifies for ERC1 Junior Points and is involved in the fight for the Hungarian title.

Hungary for success: Velenczei is one of the best Hungarian talents working at the country’s ERC counter. The four-time national champion and ERC podium winner of the MOL Racing Team Norbert Herczig, 2019 title winner Ferenc Vincze and Andras Hadík, the 2018 national champion, is on a list of fast local drivers that includes Frederick Turanwho won the Rally Hungary in 2019. Herczig’s 17 year old son, Patrik Herczigwill be participating in an ERC event for the first time.

Double chances: Team MRF Tires will count again Craig Breen and Emil Lindholm for success on stage. In the meantime, the Motorsport Ireland Rally Academy is expanding with a two-car line-up for the Rally Hungary Josh McErlean Partnering team regularly Callum Devinewho was a good third in Hungary last season.

Brown stays: With German talent Marijan GriebelThe intended co-driver Pirmin Winklhofer is not available. The double ERC Junior Champion has recruited Tobias Braun for the second race in a row. Albert von Thurn and Taxis will also fly the German, while Austrian Niki Mayr-Melnhof followed his friend von Thurn und Taxis when he switched from GT races to rallies.

Youngsters who want to shine: Facebook Facebook logo Sign up for Facebook to connect with Erik Cais (Yacco ACCO Team), Efrén Llarena (Rally Team Spain) and Polish champion of the ORLEN team Miko Marczyk Start the Rally Hungary and chase your first ERC1 Junior victories while Brose Motorsport wins Dominik Dinkel will also be a contender for the highest award if Ursula Mayrhofer rides again after missing the Fafe Montelongo rally. All four drivers showed strong form in Portugal while Cais heads to Hungary – where he won the ERC3 last season – after winning national events in Italy and Poland. Llarena has also started since Portugal and finished fourth in the Princesa de Asturias Rally last month.

Tempestini returns (again) as champion: Simone Tempestini returns to ERC1 junior service as a five-time Romanian champion. He is also back in the Citroën C3 R5, which he helped develop in 2018 after recently collecting a Škoda Fabia.

Bravo Bonato: After his direct podium at the Fafe Montelongo Rally Yoann Bonato is preparing for its second ERC start in a Michelin-equipped Citroën C3 R5. However, Mads Østberg will no longer take up his planned entry into a similar car race under the banner of the Citroën Rally Team Hungary, despite the former ERC3 regular Kornél Lukács will be in action for the squad under his pen name Csucsu.

Seven in ERC2: Seven drivers will win gold with their home hero in ERC2 Tibor Érdi Jr. Looking at a trio of the 2020 category wins. He is selective with Zelindo Melegariback in a Subaru Impreza for his Rally Hungary debut. Dmitry Feofanov is only five points behind after three rounds. Andrea Mabellini runs the four-person Abarth Rally Cup also includes Robert Gobbin, Martin Rada and newbie Mihnea Mureșan from Rumania.

Six calling: Six drivers are registered in the Pirelli-supported ERC3 Junior. Estonian Autosport Junior Teams Ken Torn leads the overall standings ahead of Rally Team Spain Pep Bassas. Belgian Amaury Molle and first-time participant Norbert Maior from Romania plus Ola Jr Nore and Rachele Somaschini, which will make its ERC debut for the Toksport-led Renault Clio Rally5, are also competing for the award in the category.

Local contingent: Martin László landed an ERC3 podium at the Rallye di Roma Capitale in summer, where Adrienn Vogel also impressed in fifth place. Vogel is upgrading to a Ford Fiesta Rally4 for its second ERC start in 2020. Csaba Juhász was also in action in Rome and was seventh in class.

Badius back: Romania Raul BadiuThe one who showed strong form in the Junior World Rally Championship starts for the first time since the Sibiu Rally 2013, when the steering wheel of his Dacia Logan was known to go out of the race in the middle of the stage. The bizarre moment was captured in Eurosport’s coverage of the event and can be viewed here: . Badiu will drive a Peugeot 208 R2 for the first time in Hungary.

These were the details of the news ERC Rally Hungary Topics of conversation – FIA ERC for this day. We hope that we have succeeded by giving you the full details and information. To follow all our news, you can subscribe to the alerts system or to one of our different systems to provide you with all that is new.