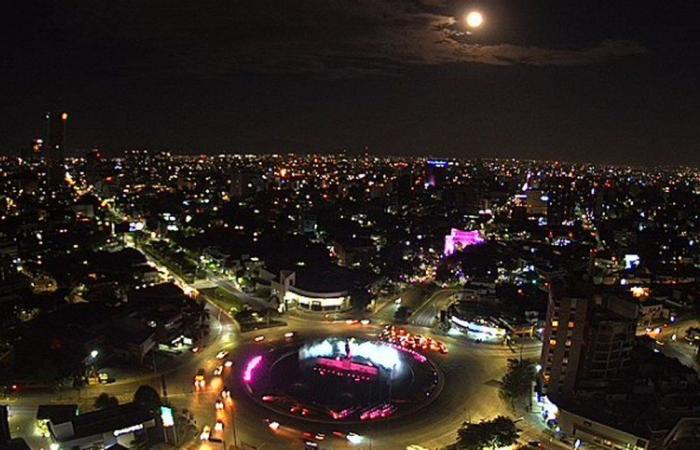 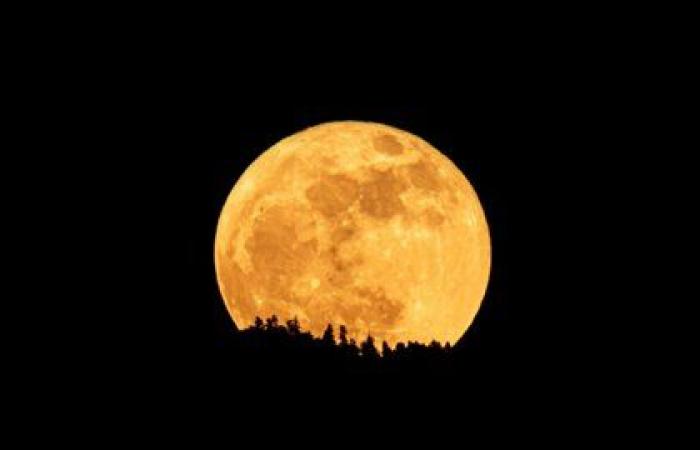 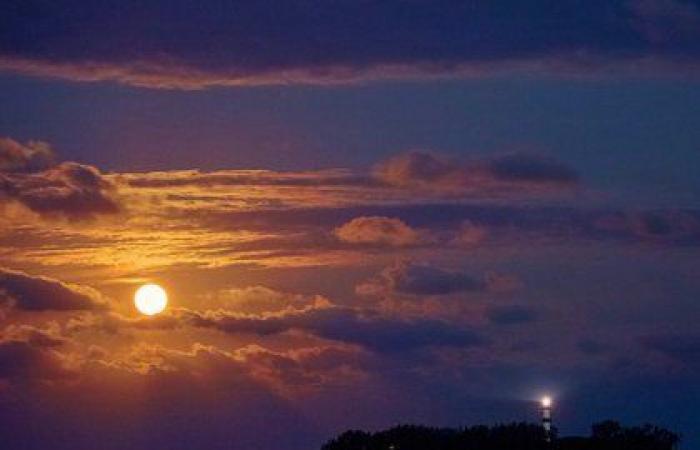 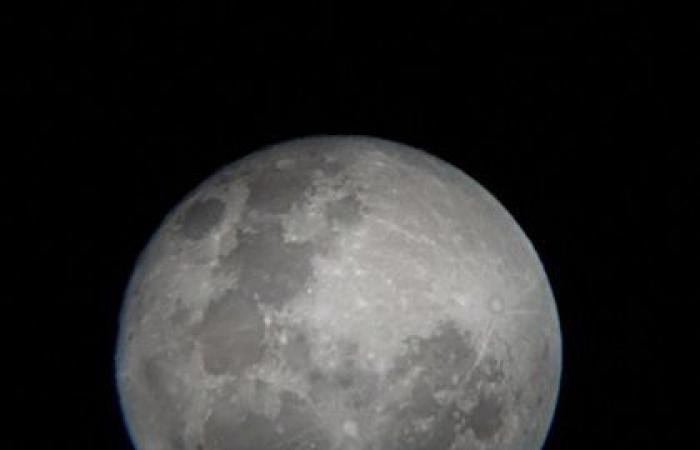 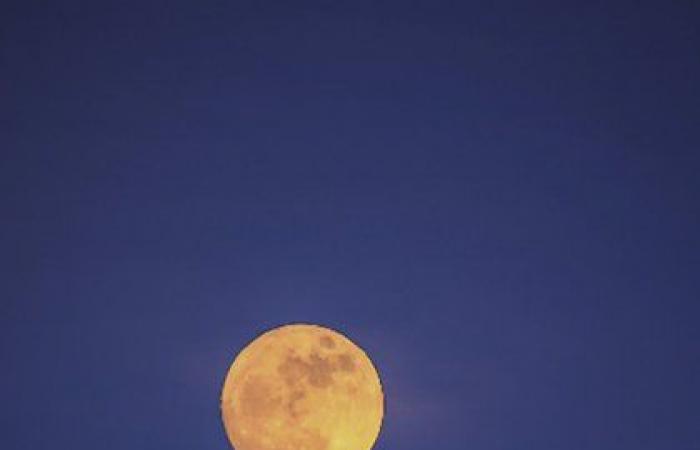 October is over, and he left with an idyllic farewell. As the sun sets, a colossal Blue Moon rose on the horizon and adorned a Halloween night that in 2020 became very different due to the COVID-19 pandemic.

Although, as the experts had explained, our satellite actually appeared with its usual pearl gray, and not with a bluish tone, the stamp it left in states like Veracruz, Quintana Roo, Jalisco, Tamaulipas, Puebla or Morelos it enthralled thousands of observers. Even from Mexico City, the Moon ascended towards the celestial vault with precious orange tones, and made its way through the clouds to adorn the sky and become the great protagonist of the firmament. 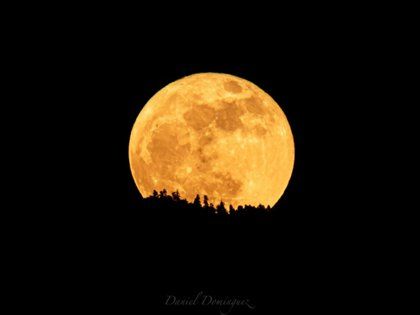 Through social networks, astronomers and space observers surrendered to the show and shared their best postcards. It is the case of Mexican photographer Daniel Domínguez, who immortalized a dark and immense Blue Moon in Morelos that takes us to the most chilling tales of witches and fantastic beings.

Also from Veracruz, the photographer Hugo Garrido shared a landscape of beautiful colors in which the full moon reigned, and recalled that for 19 years this event will not coincide with a Halloween night.

What is the Blue Moon? 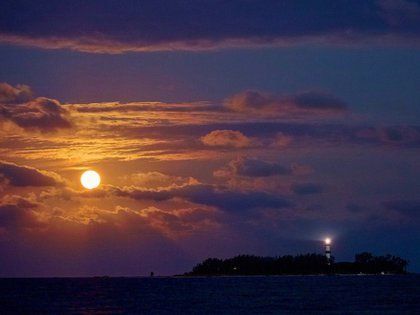 Although months usually have only one full Moon, sometimes two can occur. This second is known as “Blue Moon”, as explained by NASA on its website.

“Usually the months only have one full Moon, but sometimes a second one sneaks in. The full phases are 29 days apart, while most months are 30 or 31 days long, so it is possible to fit two full moons in a single month. This happens every two and a half years on average ”, explained the US space agency.

The first time our satellite was in the full phase was on October 1, during the Harvest Moon, and the second time it appeared on the night of October 31. However, despite his name, he did not sport blue, but his ordinary color. 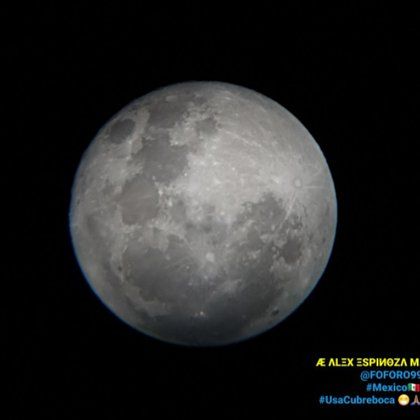 According to NASA, throughout history our Moon has repeatedly been dyed blue. Although the tone of its surface never changed, it was rather an optical illusion caused by natural phenomena.

“There was a time, not long ago, when people saw blue moons almost every night. Full moons, half moons, crescent moons: they were all blue, except for some nights when they were green ”, explains the organism in its story.

An example was in 1883. That year, a great explosion shook India. The Krakatoa volcano had erupted. 600 kilometers away, the villagers heard the roar, which scientists compare to the detonation of a 100-megaton nuclear bomb. Columns of ash that came out of the crater rose to the top of the atmosphere, and the Moon was dyed blue.

The color change of the satellite was due precisely to the structure of these ashes, composed of particles of approximately one micron (one millionth of a meter) Wide. This size prevents filtering of red light, and only allows other colors to pass through.

“The key to having a blue moon is to have many particles in the air that are slightly wider than the wavelength of red light (0.7 microns). and that no other sizes are present. This is rare, but volcanoes sometimes spit out such clouds, ”explains NASA. 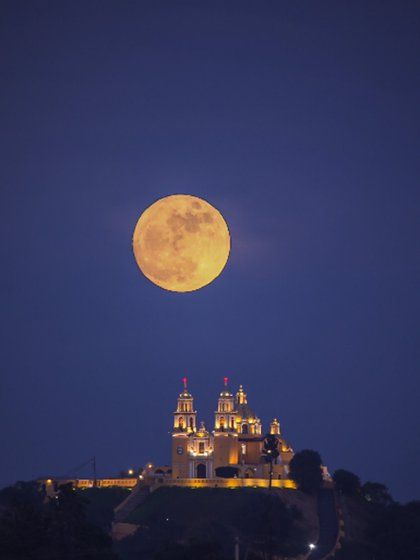 The Blue Moon, this October 31, from Cholula (Photo: Twitter @mariana_rodba)

Thus, for years, the white rays of the satellite that shone through the ash clouds “emerged blue and sometimes green.” The sun sometimes looked lavender, while for the first time, noctilucent clouds, an electric blue hue, were seen in the sky.

After that, other volcanoes caused the Moon to change its characteristic pearl gray again. This is the case of Chichón, located in the state of Chiapas, Mexico, which exploded in 1983. Also from Mount Santa Helena, in the state of Washington, USA, which erupted in 1980, or Mount Pinatubo, in the Philippine Islands, which did so in 1991.

In addition to the eruption of volcanoes, there is another phenomenon that can cause the satellite to turn blue: the forest fires.

According to Sue Ann Bowling, a physics professor at the University of Alaska, On September 23, 1950, several acres that had been silently burning in Alberta, became “major and very smoking” fires.

“The winds carried the smoke to the east and south with unusual speed, and fire conditions produced large amounts of just-sized oily droplets (about 1 micron in diameter) to scatter red and yellow light. Wherever the smoke cleared enough, the sun was visible. It was lavender or blue. Ontario and much of the east coast of the United States were affected by the following day, but the smoke continued. Two days later, observers in England reported an indigo sun in smoke-dimmed skies, followed by an equally blue moon that night. “, the expert recalled, according to the space agency.

NASA confirmed that the Moon has more water than previously believed

A telescope located in Mexico found two exoplanets: this was the discovery of SAINT-EX

Step by step: how and when to observe the great Andromeda Galaxy from Mexico, which will engulf the Milky Way in about 5 billion years

A black hole in the center of the Milky Way: the relationship of Mexican Luis Felipe Rodríguez and the 2020 Nobel Prize in Physics

These were the details of the news The spectacular images of the Blue Moon from Mexico for this day. We hope that we have succeeded by giving you the full details and information. To follow all our news, you can subscribe to the alerts system or to one of our different systems to provide you with all that is new.