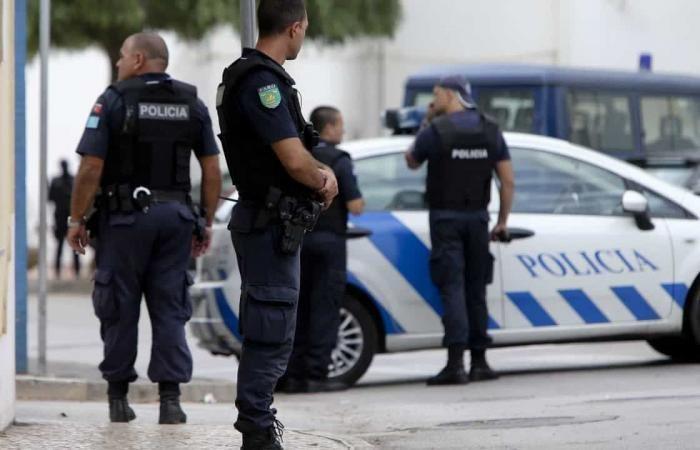 N.a statement released today by the Lusa Agency, the GNR announced that the said international operation, which took place in 22 European countries between 12 and 23 Octobermade it possible to arrest a total of 1,676 kilos of drugs, 350 stolen vehicles, 1,000 auto parts, 400,000 cigarettes and arrest 41 suspects.

In this message the GNR He also alleged to have been Republican Guard soldiers who arrested “six suspected drug traffickers” and “a ton of hashish and 10 kilos of heroin” in Portugal.

Hours later, PSP welcomed the “recognition of the FRONTEX for the operational results achieved in Portugal “as part of the international operation”, adding that their agents contributed to the “arrest of six suspected drug traffickers and the confiscation of a ton of hashish and 10 kilos of heroin”.

ONE GNR He then added an addition to his statement, correcting the original information and admitting that the suspect’s arrest and drug seizure were “carried out by the Public Security Police, not the Republican National Guard.”

The international operation “Join Action Days Mobile 3” under the direction of FRONTEX (European Agency for Coastal and Border Protection), had the Goal setting Investigation of vehicle theft and smuggling last month across Europe, GNR.

“The operation also made it possible to arrest 13 people in different countries for assisting illegal migration and imprisonment detect 2,986 migrants who were transported in trailers and in small boats, often stolen, in the Adriatic and the seizure of more than 600 kilograms of hashish, the arrest of 22 suspected drug traffickers and the recognition than 400,000 illegal cigarettes, ”said press releases GNR and yes PSP.

The operation was coordinated under the aegis the European multidisciplinary platform against criminal threats within the framework of the EU political cycle, a four-year plan to fight serious and organized crime, bringing together law enforcement and law enforcement agencies from EU member states, European agencies and international organizations to jointly strengthen the European borders and internal security.

These were the details of the news that GNR admits that PSP confiscated drugs for that day in an international joint operation. We hope that we managed to give you all the details and information. To keep up with all of our news you can subscribe to the notification system or one of our various systems to receive everything that is new.

These were the details of the news GNR admits PSP seized drugs as part of an international joint... for this day. We hope that we have succeeded by giving you the full details and information. To follow all our news, you can subscribe to the alerts system or to one of our different systems to provide you with all that is new.